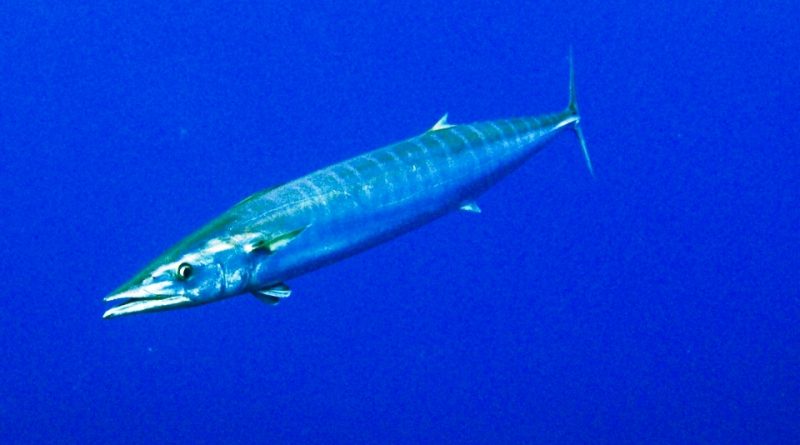 The wahoo (Acanthocybium solandri Cuvier, 1832) is a sea fish belonging to the Scombridae family.

Geographic Distribution and Habitat –
The wahoo is a widespread species in all the tropical waters of the globe, where it is very common while in the Mediterranean it is very rare and very few reports are known, even in Italian waters.
It is a pelagic fish that always keeps away from the coasts. 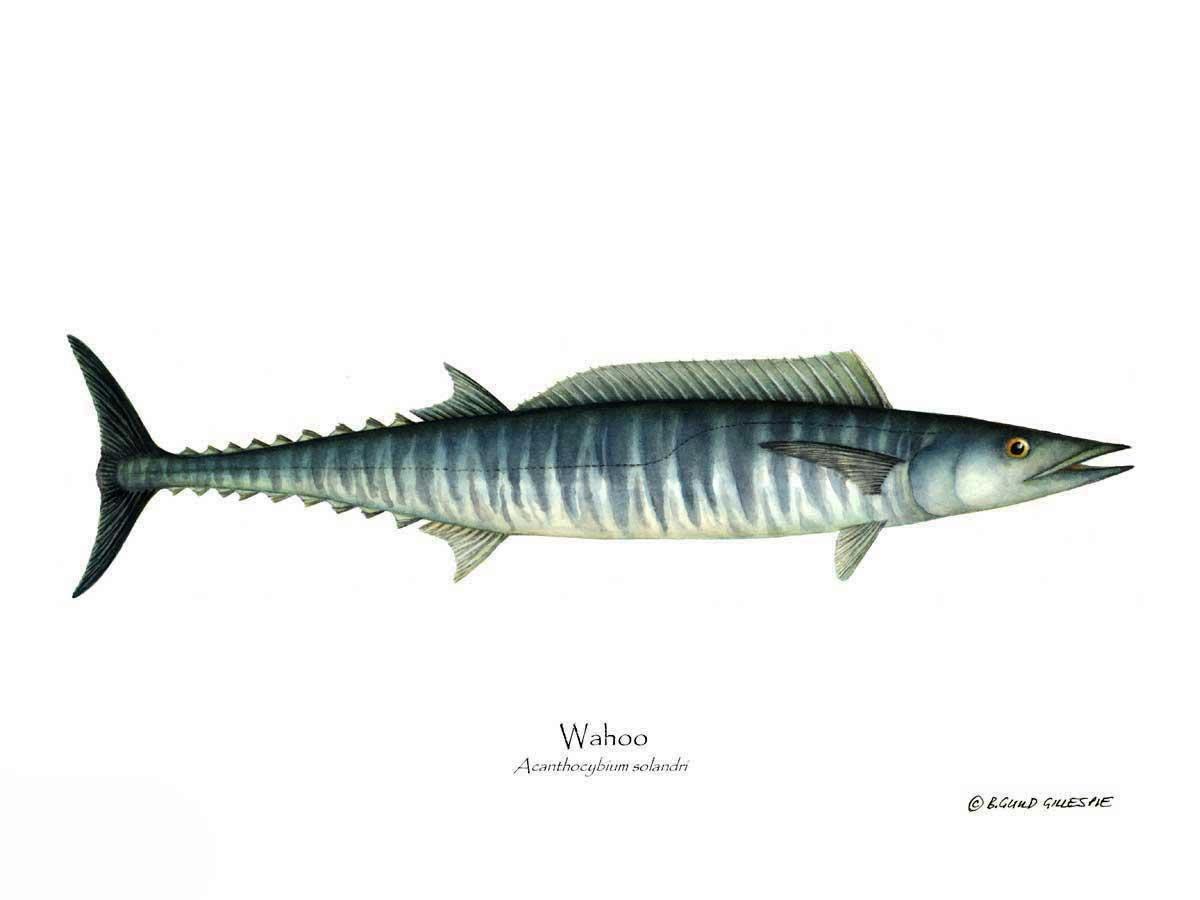 Description –
Acanthocybium solandri is a fish with a tapered and very elongated body, covered by small scales that reach 2.50 m in length and can exceed 80 kg in weight.
It has a very long snout.
The mouth is large and triangular, with dense and finely serrated teeth. Gills absent. It is equipped with a swim bladder.
It has two dorsal fins: the first is long and with short rays; the second, located a short distance from the first, has a triangular shape and is almost symmetrical to the anal fin. In the posterior part of the body there are 9 upper and 9 lower pinnules. The caudal is falcate and quite large and with pointed lobes. The pectoral and ventral fins are relatively small. There is no obvious corselet
It is recognized by the color of the deep green-blue back with metallic reflections, while the sides and belly are lighter. In the younger specimens 24-30 vertical gray-blue bars are evident, extending below the lateral line.

Biology –
The wahoo is a basically solitary fish or, at the limit, in groups of two or three fish. If the conditions are suitable, there can be up to 100 specimens.
The eggs and larvae are pelagic.
The relationship between the sexes, obtained as a result of censuses, favors females over males, a dominance which is however common for most of the pelagic marine species.

Ecological Role –
The wahoo is a fish that feeds mainly on other fish and squid. From a study of the central and western Pacific Ocean, an analysis of the stomach contents of this fish indicated that their diet includes 84.64% native fish, 14.26% cephalopods (e.g. cuttlefish) and 1.1% of crustaceans.
Most of these specimens, taken from the waters, have a fluke parasite, the giant stomach worm (Hirudinella ventricosa), which lives in their stomach but does not appear to harm the fish.
Fishing is accidentally done, except in sport fishing in the Atlantic. Reports in Italy are rare.
It is a coveted prey by sport fishermen who catch it by trolling and the meat is of excellent quality.
Although local populations of this fish may be affected by heavy pressure from commercial and sport fishing, the wahoo, as a species, is less susceptible to industrial commercial fishing than abundant species such as tuna. Wahoo are regularly caught as by-catch in various commercial fisheries, including longline fishing for tuna, garfish and dolphin fish. It is also caught in purse seine fishing for tuna, especially in sets made around floating objects that serve as a focal point for a large amount of other marine life besides tuna. Although the catch for this fish is substantial, however, the species as a whole is not considered to be overfished.