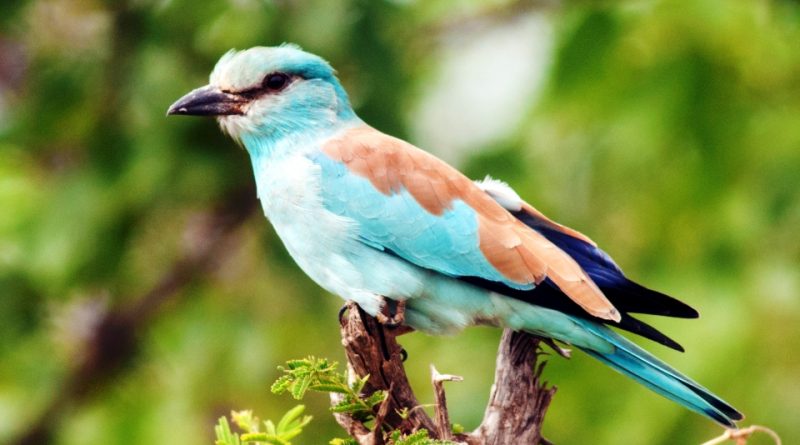 The European roller (Coracias garrulus Linnaeus, 1758) is a bird belonging to the Coraciidae family.

Geographic Distribution and Habitat –
The European roller is a bird present in Europe especially in the Mediterranean and eastern portion of the old continent.
The Italian population is nesting and entirely migratory. Wintering occurs in tropical Africa, especially in the eastern portion of the continent.
The migration of this bird begins with the spring period when it leaves its winter territory of Africa and heads towards Europe, where it establishes its breeding and nesting territory year after year. 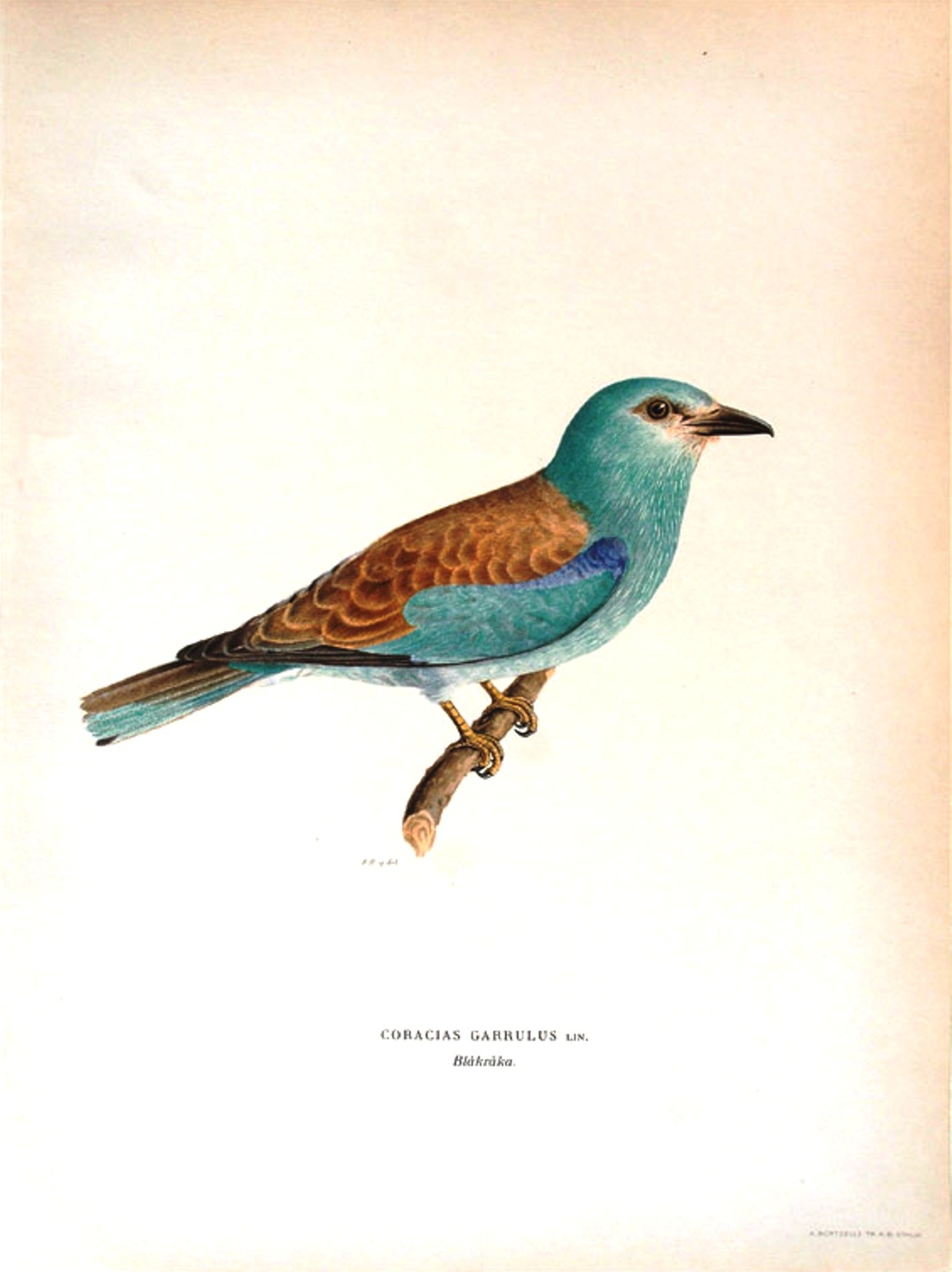 Description –
The European roller is a bird with a total length of 30-33 cm, a wingspan of 63-67 cm, for a weight that varies between 130 and 145 grams.
It is recognized by its chest and belly of turquoise blue color, as well as the head; the back, on the other hand, has a light brown color, except for the rump and the upper part of the tail which are greenish blue, with straight central brown feathers. The two external feathers of the tail are a little longer than the others and the caudal tip has a black spot which constitutes the distinctive feature of the species.
It is recognized in flight as the wings are very showy, blue in color, with black edges. The legs and the beak have a dark shade and a black fringe starts from the base of the beak that crosses the eyes, taking on the appearance of a mask.

Biology –
The European roller begins the reproduction phase immediately after the long migratory journey in the nesting areas. As soon as it arrives it becomes fertile and the males begin to attract the females through truly unique aerial acrobatics, in which they advance by waving the body with a swing of the hips. This behavior causes sunlight to produce sparkles due to the reflection of the rays on their feathers.
After copulation they begin to build a nest which, generally, consists of a cavity in an old tree or a nest of another species; here the female lays 4 to 5 eggs. The incubation begins even before the laying of all the eggs has been completed and both the female and the male take turns in the hatching for the approximately 19 days of waiting before hatching.
The newly hatched chicks are featherless. These remain inside the nest for about a month and at the end of this period their plumage is already fully developed, even if the chromatism is not as spectacular as that of the parents.

Ecological Role –
Coracias garrulus is a migratory species which, upon arrival in the breeding areas, which coincides with the beginning of spring, finds the best climatic and food conditions. This period corresponds precisely to the one when the cultivated fields are at their most luxuriant and the populations of invertebrates that make up their basic diet are most abundant.
This migratory journey is one of the few moments in which flocks of several dozen individuals can be observed, including the young born in that year.
Around mid-summer, the jays begin their journey back to the African territories where they overwinter.
This bird has a very varied diet which consists of a large variety of invertebrates and some fruits. The other preys, which amount to 3% of the total diet, are made up of scorpions, millipedes, centipedes, spiders, molluscs, small frogs, lizards, snakes, small mammals and other birds.
This species is linked to xeric environments rich in natural or artificial cavities in which to nest, it frequents cereal crops or steppe grasslands below 300 m s.l.m ..
According to the IUCN, the population of this species is threatened by the transformation of the feeding and nesting habitat, modification of agricultural management systems and illegal killings.
Among the conservation measures it should be remembered that it is a species listed in Annex I of the Birds Directive (79/409 / EEC). Species subject to protection according to Article 2 of Law 157/92.