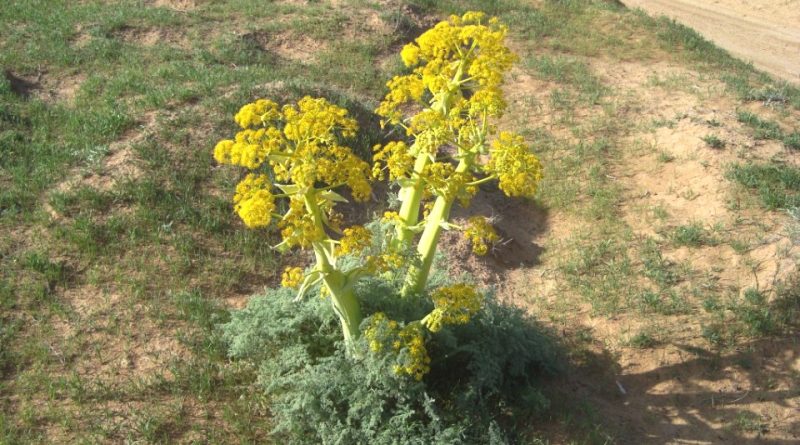 The Galbanum (Ferula gummosa Boiss., 1856) is a perennial herbaceous species belonging to the Apiaceae family.

Etymology –
The term Ferula is ferula lash, wand, stick: for use as a light stick used by shepherds.
The specific gummose epithet comes from gumma (or cumma) rubber: with a rubbery, elastic consistency.

Geographic Distribution and Habitat –
The Galbanum is a plant native to central and western Asia and which grows especially in central Iran, Turkey and southern Russia.
Its habitat is that of the hilly areas and the herbaceous slopes of the steppes. 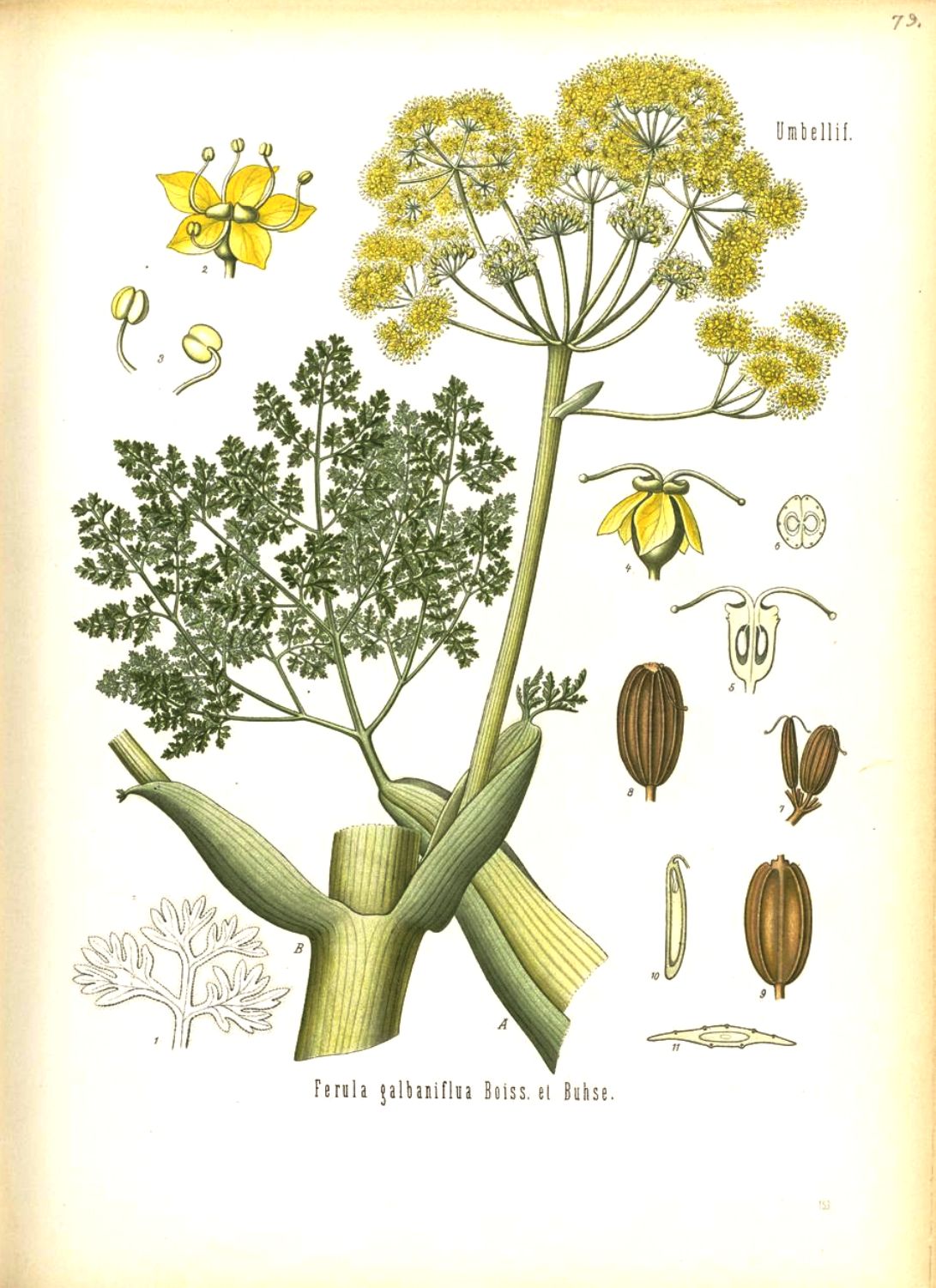 Description –
The Galbanum is a perennial herbaceous plant that grows to about one meter in height; it is a monoecious and very resinous species.
The stem is cylindrical and the leaves are sheathed, pluripinnate and divided into linear laciniae.
The species is hermaphroditic (it has both male and female organs) and self-fertile and the flowers are small, yellow in color and arranged in terminal umbels.
It blooms from May to June and is pollinated by flies.
The fruit is obovoid-compressed about 1.5 cm long with lateral wings and seeds ripen from June to August.

Cultivation –
Ferula gummosa is a plant that grows in most soils but is best grown in deep, fertile soil in a sunny location.
This species is not resistant to colder areas and tolerates temperatures down to -5 and -10 ° C so it is more suitable for more temperate climates.
Plants are intolerant to the transplant technique due to their long taproot, which is why they should be planted in their final positions as soon as possible. The flowers have an unpleasant smell.
Propagation occurs by seed which is best sown as soon as it is ripe in a cold greenhouse in autumn or in April in the open field.
The seedlings must then be transplanted to their final position before the long taproot is formed and then when they are large enough to be handled.
In colder climates it is helpful to mulch plants for their first winter outdoors. It is possible to try the propagation by division in autumn but, due to the difficulty of re-emitting roots, the percentage of engraftment is low.

Customs and Traditions –
From Ferula gummosa a rubbery resin is obtained, which is extracted from the root and which is used as a food flavoring similar to celery and has a bitter, acrid and, in some ways, unpleasant taste.
This resin which is however contained in the whole plant takes the name of “galbanum” which is an antispasmodic, carminative, expectorant and stimulant.
This resin is used for internal use in the treatment of chronic bronchitis, asthma and other chest ailments. It is also a digestive and antispasmodic stimulant; it reduces flatulence, excruciating pains and colic.
It is used externally as a patch for inflammatory swellings, ulcers, boils, wounds and skin disorders.
This resin as well as being used in medicine is also used as an ingredient of incense as it has a strong scent; it was in fact used by the Israelites as incense.
The ancient Egyptians also used it for embalming and cosmetics.
Galbanum essential oil is widely used in aromatherapy and perfumery. The composition of some famous perfumes revolves around the use of galbanum.
The active ingredients contained are: resin acids, essential oil (5% in the Persia variety and 26% in the Levante variety), gummy substance.
As far as contraindications are concerned, no particular ones are reported at therapeutic doses, except for individual hypersensitivity.

Preparation Method –
To collect the resin from the Ferula gummosa this is collected by exposing the upper part of the root, and cutting it into strips. It is also possible to extract it by making incisions in the trunk.
It is harvested by removing some soil around the top of the root and then cutting it into strips.
The optimal balsamic period is between September and the first part of autumn.