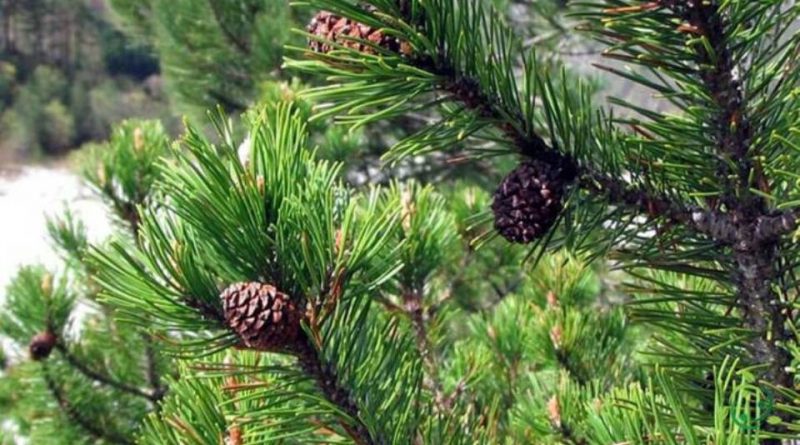 With the term brachiblast, a word that derives from the fusion of the Greek words brachys, “short”, and blastē, “bud”, in botany we mean a very short, slow-growing branch, typical of Gymnosperms, which is never branched and which it bears very close leaves, generally gathered in an apical tuft.
From the morphological point of view, therefore, the brachiblast is a branch that has an extremely reduced pitch of internodal distances. This feature makes the articles extremely shortened and dense.
In the presence of habitual formations of brachiblasts on the ends of the vegetative branches, in the absence of renewal with basal or lateral jets, there is an overall slowed growth, on the one hand, of the individual plant as a whole, and on the other the constancy of the production, almost in the same place, of leaves and flowers, and therefore fruits.

Brachiblasts are frequently found in the Pinoideae, a subfamily of the Pinaceae. In these cases it often happens that they are flanked by normal branches. In the case of the pine there is the pine cone (also called cone or strobilo), that is the set of several ovules protected by the respective macrosporophylls (formed as a whole the ovuliferous scale), which will also enter the brachiblast together with the needle-like leaves .
Brachiblasts are also present in other tree species such as oaks, plums and cherry trees.
The brachiblast is the opposite of the macroblast.