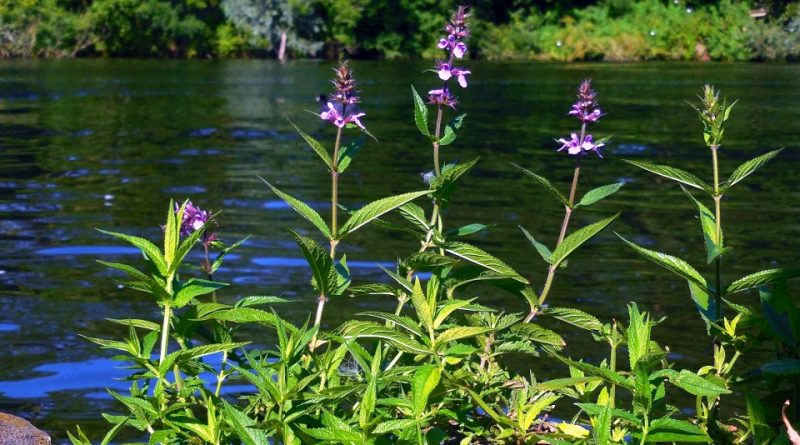 The Marsh Woundwort (Stachys palustris (L.) L., 1753) is a herbaceous species belonging to the Lamiaceae family.

Etymology –
The term Stachys comes from the Greek στᾰχυϛ stáchys spiga: for the arrangement of the flowers along the stem.
The specific epithet palustris comes from pálus, palúdis swamp: marsh, for the habitat.

Geographic Distribution and Habitat –
The Marsh Woundwort is a plant with circumboreal and North American Eurasian distribution.
In Italy it is present in the central-northern area (except in Val d’Aosta), in Abruzzo and in Molise (not found in recent times in Campania).
Outside Italy, still in the Alps, this species is found in France (departments of Isère, Savoie and Haute-Savoie), in Switzerland (all cantons), in Austria (all Länder) and Slovenia.
In the rest of Europe it is found everywhere. It is also present in Anatolia and Transcaucasia. Outside of Europe it is found in India, China, Central Asia and North America.
Its typical habitat is the banks, river beds, swamps and humid environments in general, but also populations with ferns. The preferred substrate is calcareous but also calcareous / siliceous with basic pH, medium nutritional values ​​of the soil that must be moist.
The altitudinal distribution is that of the reliefs where this plant can be found up to 1300 m a.s.l. 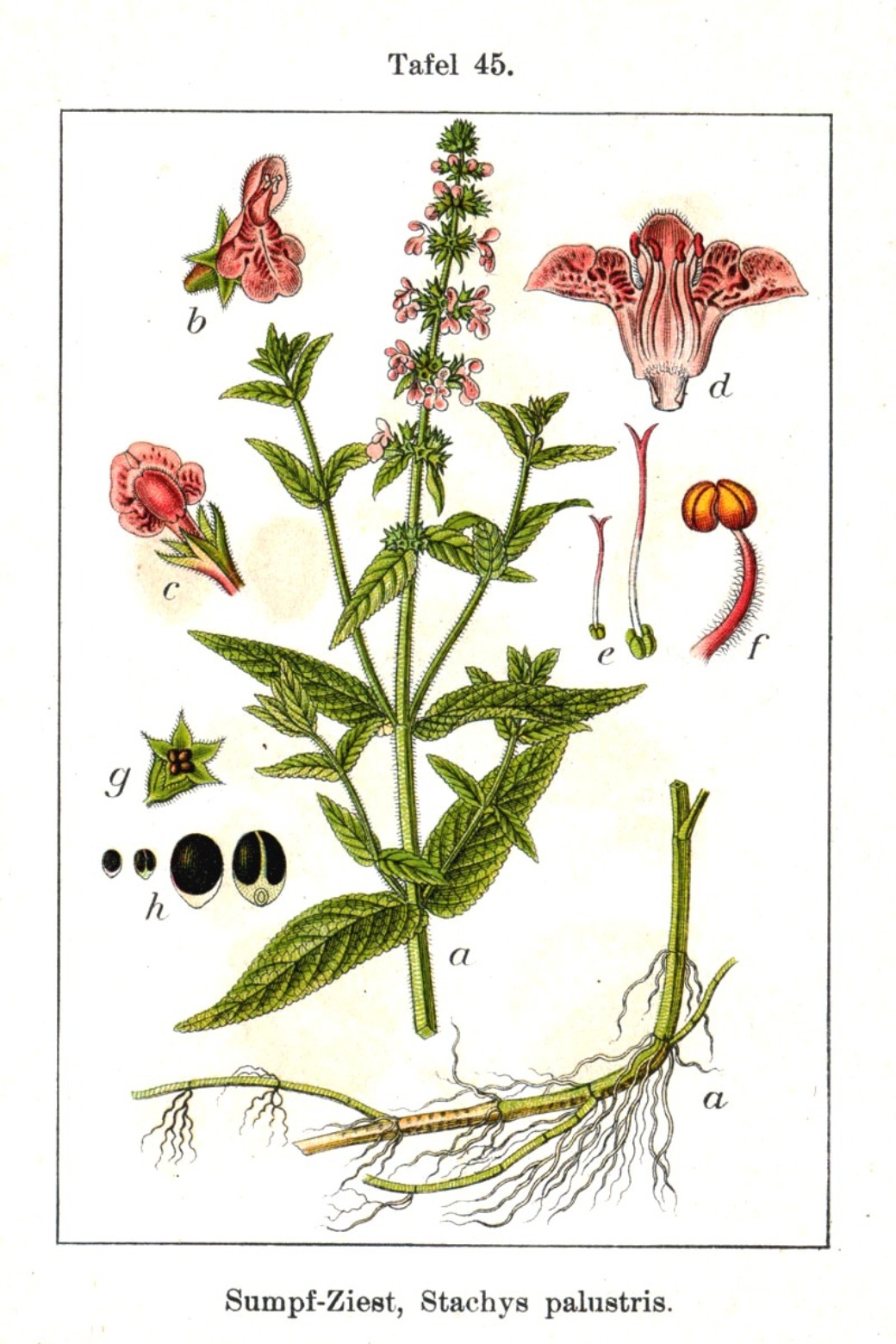 Description –
Stachys palustris is a fast-growing marsh plant that is formed from a creeping rhizome from which stolons and erect stems start,
the leaves are narrow and long green and form on the stems.
In summer it develops numerous spike-shaped inflorescences composed of pink / violet labiati flowers.
The antesis is between June and September.
The fruit is a microbasarium (tetrachenium) with mericarps (achenes or nucule) of 2.5 x 2 mm, trine, papillosis, of a glossy brown color.

Cultivation –
Stachys palustris is an autochthonous aquatic plant, excellent as a ground cover plant both immersed and in the wetlands by the pond and for the establishment of phyto-purification areas.
It should be planted at a depth of 10 cm in full direct sun for at least 6 hours a day. It is a frost-resistant plant but must grow in humid, swampy areas or on the edge of lakes, streams, etc.

Customs and Traditions –
The Marsh Woundwort was once used in folk medicine as a natural remedy in infusions or decoctions, as a tonic for the uterine mucous membranes and regulator of the functions of the uterus, to treat gout and joint pain.
Its leaves were consumed in salads, in the preparation of soups and omelettes.
The flowering tops contain an essential oil, resins, tannins and mucilages.
Among the medicinal properties we mention those: antibiotic, antipyretic, antiseptic, antispasmodic, astringent, diuretic, febrifugal, hypotensive, emetic and nervine.
The roots contain a tetrasaccharide which makes them nutritious for animals. From the plant it is possible to obtain a yellow dye.
Among other uses, it should be remembered that it can be used in surface flow phytodepuration plants with an earth substrate and plant collar immersed in water.

Preparation Method –
Stachys palustris can be used in folk medicine to prepare infusions or decoctions.
Once its leaves were consumed in salads and used in the preparation of soups and omelettes.