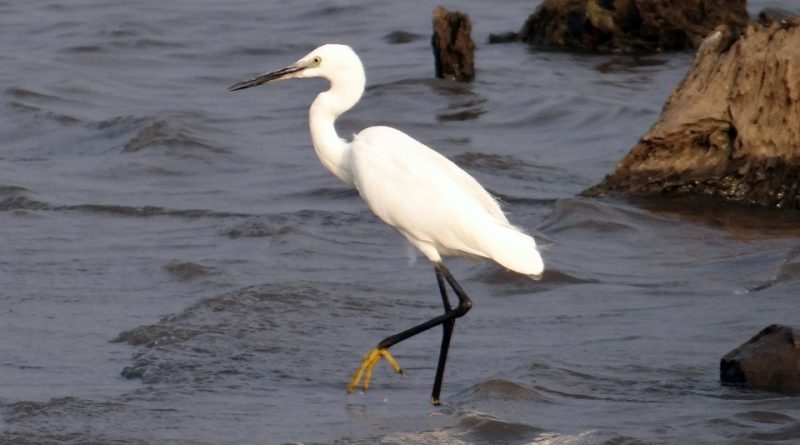 The little egret (Egretta garzetta Linnaeus, 1766) is a bird belonging to the Ardeidae family.

Geographic Distribution and Habitat –
The little egret is a migratory bird found in almost the entire Mediterranean basin, Africa, South Asia, Australia and Indonesia.
It is also present in Italy with partly migratory and partly sedentary populations. The migratory ones nest in the Po Valley and winter in Africa, or they are nesting populations in central Europe that overwinter in Italy. The sedentary populations are present mainly in Sicily and along the southern coasts.
Its habitat is that of marshy environments, canals, ponds and rivers. 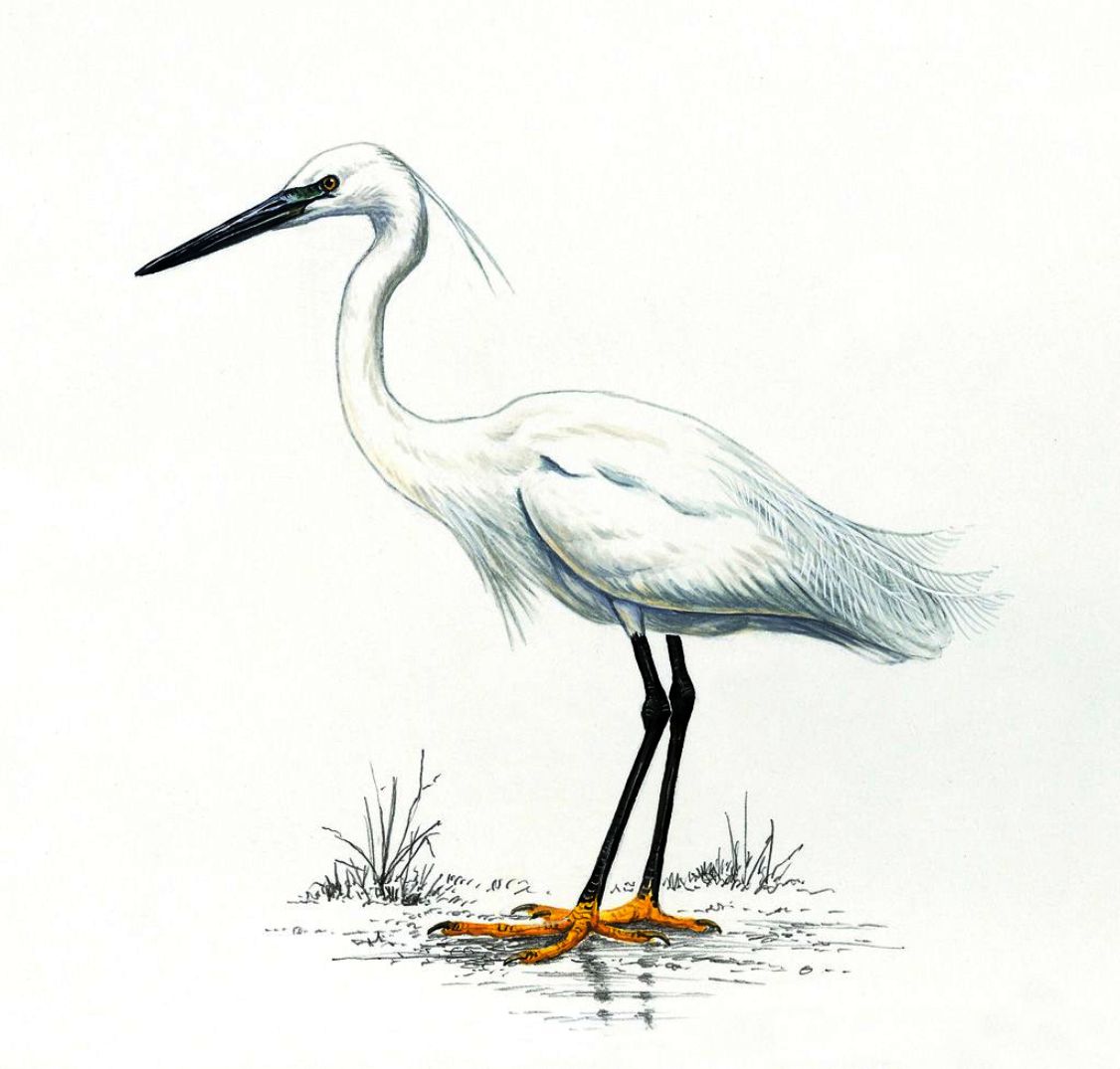 Description –
The Egretta garzetta is a bird with a length of 50-65 cm, a wingspan of up to 100 cm, with a weight of 400-600 g, without sexual dimorphism.
It is similar to a small heron with an entirely white plumage, long black beak, like the legs; the lower part of the foot is yellowish, clearly visible, from behind, when flying away. The iris is yellow.
In nuptial livery this bird develops some very long ornamental feathers on the nape, at the base of the neck and on the coat.
It emits a croaking and repeated sound.
In flight it presents the typical silhouette of the Herons with the head retracted between the shoulders, the neck bent in a Z and the wings beaten slowly.

Biology –
The reproductive cycle of the Egretta garzetta begins with the courtship phase which takes place from the end of March to the end of April; this generally silent species, during the mating season becomes very talkative.
This species nests in colonies (also mixed with other birds of the same family) in thickets, mainly in marshy environments, building large nests made of dry branches, on poplars, willows, other tall trees or even large bushes.
Arrived in April, the female lays 3-5 bluish-green eggs which it hatches together with the male for about 3 weeks. After a period of about 25 days from the hatching of the eggs, the chicks leave the nest and a couple of weeks later are ready to fly.
This species has a single annual brood.

Ecological Role –
The little egret is a species that lives in marshy environments, canals, ponds and rivers, where it feeds on small fish, amphibians, reptiles, crustaceans, molluscs and insects.
The prey is captured with sharp blows of the beak from an emerged perch or by chasing them with long stilts in shallow water.
It can often be observed in small groups or together with other herons.
According to the IUCN, this species is currently of minimal concern even if the main threats are represented by the transformation of the nesting and feeding habitat. Among other things, in the past, it was hunted by man to get hold of the long scapular feathers used for ornamental purposes.