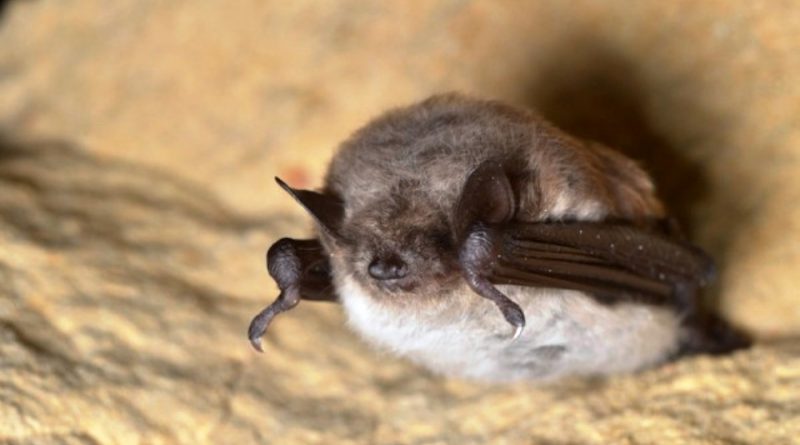 The Pond bat (Myotis dasycneme Boie, 1825) is a bat belonging to the Vespertilionidae family.

Geographic Distribution and Habitat –
The Pond bat is a bat widespread in the Palearctic Ecozone.
We find it in an area ranging from central-western Europe to north-eastern China. It is present in north-eastern France, Belgium, the Netherlands, Luxembourg, central and northern Germany, Denmark, Poland, the northern Czech Republic, south-eastern Slovakia, Hungary; North-eastern Croatia and Serbia, Bulgaria, Romania, Moldova, western Ukraine, Belarus, Lithuania, Latvia, Estonia, southwestern Sweden, European Russia up to the Altai Territory and the Yenisei River, northwestern and north-eastern Kazakhstan , Chinese provinces of Shandong, Inner Mongolia and Heilongjiang.
In Italy only one observation made in 1881 near Trento has been reported; a 2019 checklist does not however confirm its presence on Italian territory.
Its habitat is that of woods, pastures and human settlements up to 1,500 meters above sea level. It is found mainly along rivers, in marshy areas and more rarely on artificial lakes or bodies of water. 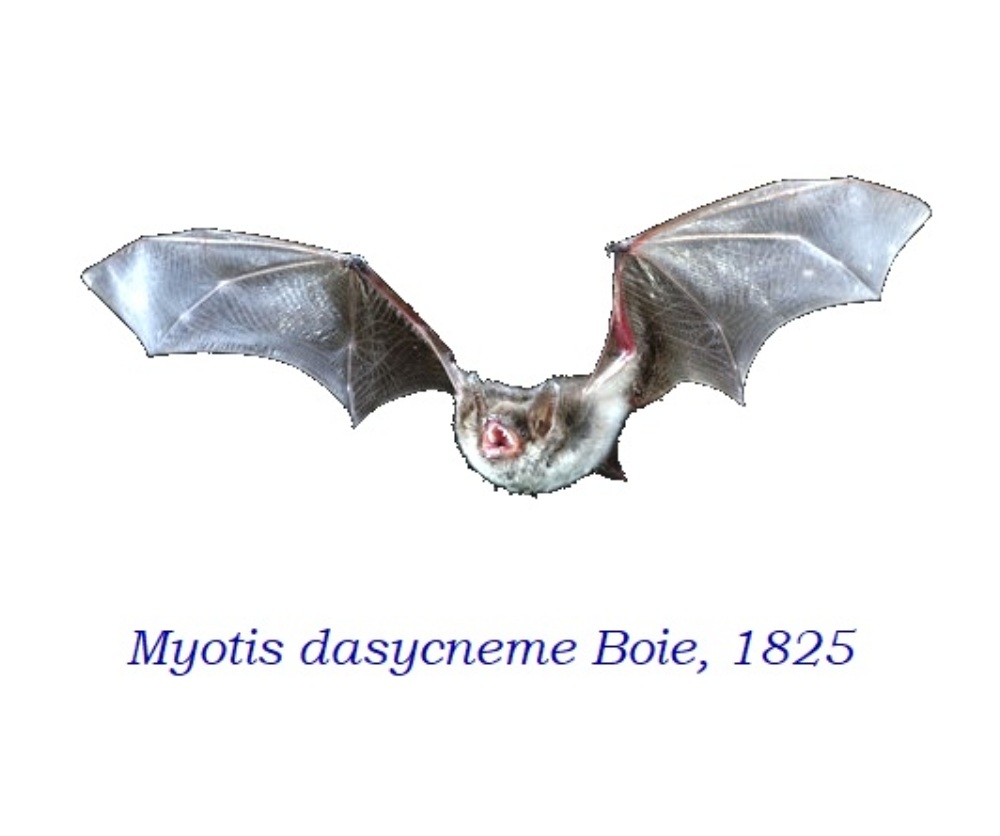 Description –
The Myotis dasycneme is a bat with a head-body length of 57-67mm, a tail length of 43-50mm, a wingspan of 24-30cm, foot length of 11-12mm, ear length of 17-19 mm, for a weight of 14-20 grams.
It is recognized for having a long and thick fur, with the dorsal parts that vary from brown to grayish-brown, while the ventral parts vary from light gray to yellowish-white.
The muzzle is brownish in color. The ears are gray-brown, relatively short, narrow and with a rounded tip. The tragus is broad, with a rounded tip and less than half the length of the auricle.
The wing membranes are brownish-gray and attached posteriorly on the ankles. The feet are large. The tibia is covered with short whitish hairs. The tail is long and completely included in the ample uropatagio, which is covered with whitish hairs on the ventral surface. The penis is tapered.
This bat also emits high duty cycle ultrasound in the form of short duration pulses at an initial modulated frequency of 74 kHz, final of 28.1 kHz and maximum energy at 36 kHz. In open spaces it tends to produce narrower band signals.
The flight is low, fast and with turns.

Biology –
The mating period of Myotis dasycneme takes place from the end of August until the following spring, often also during the periods of hibernation.
This species gives birth one young at a time in the period between May and July; gestation lasts 50-60 days.
The unborn child, who is cared for by the mother, is able to fly after about one month of life and becomes completely independent about 7-8 weeks after birth.
Sexual maturity is reached by females at two years of age. The average life expectancy in nature is 3 years, however a longevity of up to 20 and a half years has been found.

Ecological Role –
The Pond bat has nocturnal activity with a predatory activity that begins in the late evening up to about 10 km from the shelters; it is a mostly sedentary species, although displacements between the different seasonal sites have been observed up to 330 km, which winters from October to March-April, mainly solitary and more rarely in groups, in caves, crevices or hanging in the open, in galleries, etc ..
In summer it takes refuge in buildings, barns, bat-boxes and tree cavities where it forms nurseries for several hundred females, sometimes together with other species of bats such as the Nathusius bat and the two-colored serotino; in winter it prefers underground shelters such as caves and tunnels at no more than 300 meters above sea level, with temperatures of 0-7.5 ° C and relative humidity between 80 and 100%, where it hibernates from October to mid-October March or early April alone or in groups of up to 100 specimens.
The diet is based on insects, which it catches in flight near bodies of water, on clearings, or even at the edges of the woods.
According to the IUCN Red List, this bat, due to population decline of about 30% over the past 15 years due to habitat loss or degradation, is classified as a Near Threatened (NT) species.