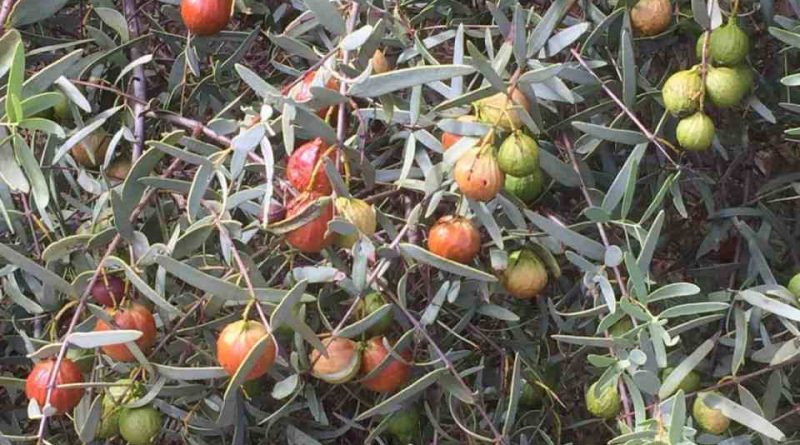 The Australian Sandalwood (Santalum spicatum (R.Br.) A. DC.) Is a shrub or small tree species belonging to the Santalaceae family.

Geographic Distribution and Habitat –
Australian Sandalwood is a plant native to the semi-arid areas on the edge of southwestern Australia.
Its habitat is that of a vast type of forest forms, from woods to low open woods, where it grows on clayey soils and between rocks but also on red lands, of the driest and flatter areas of the tropics and subtropics, at altitudes from the level of sea ​​up to 500 meters. 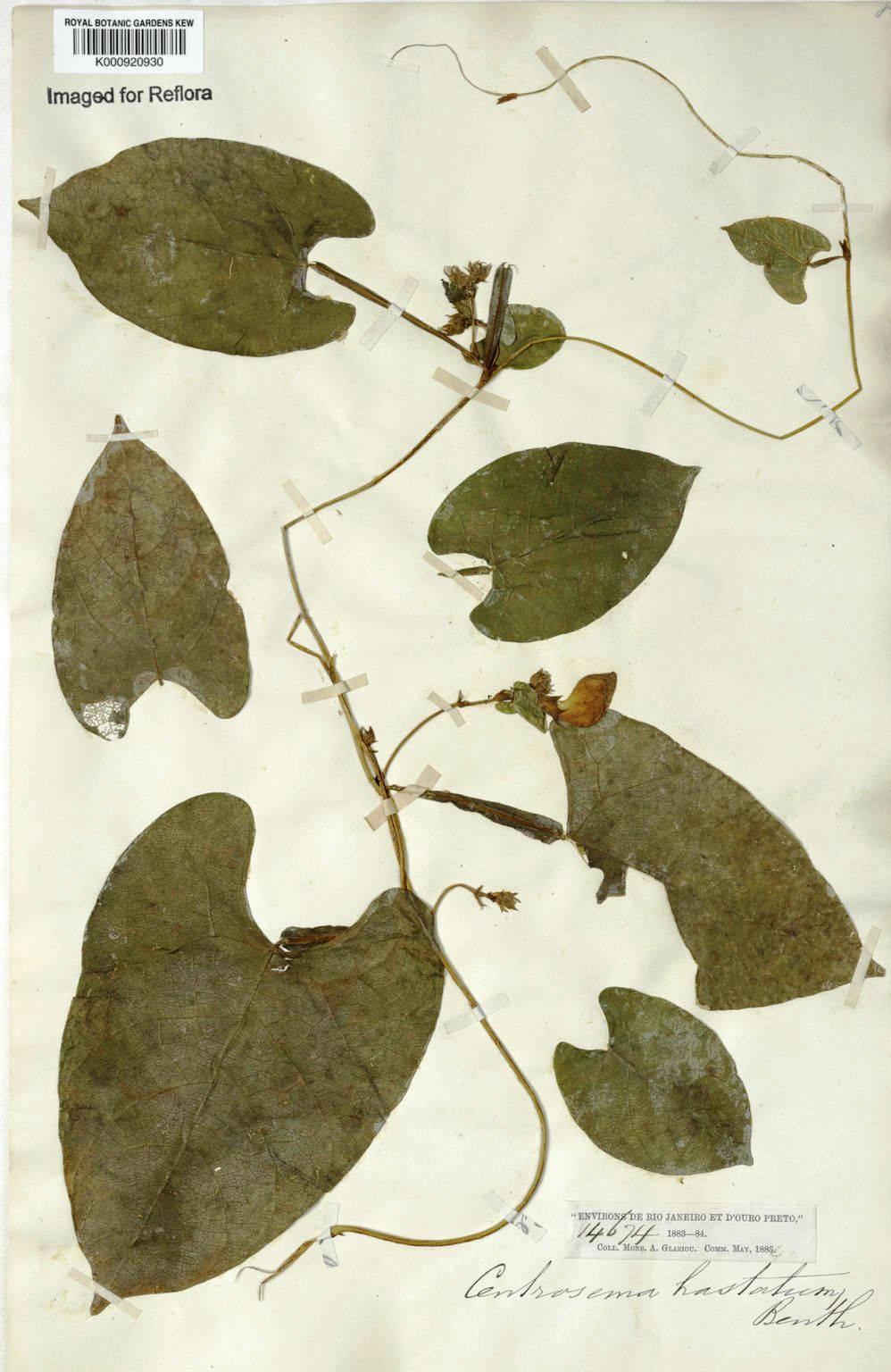 Description –
Santalum spicatum is an erect shrub or a small tree with an open crown; this plant can reach a height of 3 – 8 meters.
The trunk has a diameter of 10 – 30 cm and the bark is hard, gray in color and with rigid branches.
The foliage is gray-green.
The flowers have a nauseabound scent of carrion attracting a wide range of pollinating insects.
The fruit is spherical shape, about 3 centimeters in diameter and orange in color.
The fruit, for a large part, consists of an edible stone.
Germination occurs in warm and humid climatic conditions.
The plant acts as a hemiparasite as it obtains the macronutrients from the roots of the hosts; in fact it does not grow well in the absence of a host.

Cultivation –
Australian sandalwood is harvested, mainly in the wild, both for its precious wood and for obtaining an essential oil.
This plant grows best in areas where annual daytime temperatures are between 32 and 38 ° C but can tolerate 7 – 45 ° C. When dormant it can survive temperatures as low as about -4 ° C, but the growth of young seedlings can be severely damaged at 0 ° C.
It prefers an average annual rainfall of between 200 and 400 mm, but tolerates 150 – 500 mm and a sunny position, although it can tolerate a little shade.
Pedologically, it thrives on a variety of soils, from the red limestone soils to the sandy red earths of Western Australia to the brown solonized soils and shallow limestone clay soils of South Australia. It tolerates the salinity of the soil and prefers a pH between 5.5 and 6.5, tolerating 5 – 7. It requires a well-drained soil and now established plants tolerate drought.
Sandalwood trees are root parasites of many species; these include: Eucalyptus salubris, Eucalyptus loxophleba, Casuarina cristata subsp. Pauper, Acacia aneura, Atriplex vesicaria, Pittosporum phillyreoides, Acacia acuminata, Senna siamea and Pongamia pinnata.
It usually has more than one guest at a time.
Flowering is sporadic due to irregular rainfall in most areas where the plant grows.
Plants usually do not survive fires.
Sandalwood is harvested by uprooting trees from the ground.
Both roots, stems, and large branches are all used up to 1 cm in diameter, dead sandalwood stalks are also used.
Propagation occurs by seed; mechanical scarification should be performed to improve germination rates. In nature, the seed germinates after extreme temperatures and precipitation. Field studies indicate that only 1 – 5% of seeds germinate. The germination rate is highest in reserves and research areas and protected plantations, but is less than 20%.
Normally 4 seeds are sown at a time in well-drained sites, 50-70 mm below the ground and mulching in a small depression created.
Seedlings tend to die if their roots fail to attach to suitable hosts.

Customs and Traditions –
The collection and export of Santalum spicatum has been important in the economy of Western Australia, accounting for more than half of the state’s revenue. Settlement in the Wheatbelt area was accelerated and the distribution and population of endemic stands were significantly affected during periods of rural development and economic recession.
A much smaller but economically significant source of this plant, reported in 1928, was in the Quorn region of South Australia.
Research has been carried out on this plant by the Forestry Products Commission (WA), state universities and private industry, to establish the cultural characteristics and properties of its wood and nuts.
The area of ​​commercial plantations increased from 7 square kilometers to 70 square kilometers between 2000 and 2006. The export of 2,000 tons of sandalwood annually comes mainly from remote wild woods and pastures and the Goldfields region of ‘Western Australia.
The harvest of trees growing in the natural state has been reduced compared to the industry of the 19th century. Exports of over 50,000 tons over the last decade have been linked to agricultural expansion through increased access and collectors. According to research and development firm AgriFutures Australia, in 2020, the sandalwood industry supplies about 40% of the international sandalwood oil market.
Since 2017, Australian Aborigines have been involved in oil production for the first time. The Dutjahn Custodians, who represent the larger community of Martu, who are connected to the land in the Gibson Desert where sandalwood is harvested, collaboratively lead the companies at Kutkabbuba Aboriginal Corporation and the founders of WA Sandalwood Plantations.
From the ecological point of view from the moment of the beginning of its exploitation, in southwestern Australia, in the coastal plain of the swan and in the inland regions with low rainfall, the impact of over-harvesting and clearing of land to grow grain and grazing sheep, starting in the 1880s, has significantly reduced biodiversity and the population of the species.
It is recalled that the marsupial species Bettongia penicillata, known as woylie, is known to consume and hide the seeds of this species and is thought to have played a significant role in its dispersal prior to their decline in the twentieth century.
Santalum spicatum is a plant of which a large part of the plant and elaborate soils are used.
The fruits and pods are collected in nature and eaten as food.
Sandalwood seeds can be eaten and have been a valuable part of the traditional Aboriginal Australian diet.
The grains contain 45 to 55% oil, which is characterized by a high percentage of unusual acetylenic fatty acids (49% oleic acid and about 40% ximeninic acid).
In addition to food purposes, this plant is used for medicinal purposes.
The essential oil obtained from wood is used in medicine, especially as a disinfectant for the urinary tract. The oil contains several clinically active substances including fusanol, santalol, and sesquiterpenic alcohols.
This is a pale yellow viscous liquid with a woody, slightly balsamic sweetness; it has a rather dry-bitter and slightly resinous note.
The oil is valuable in perfumery just like East Indian sandalwood oil.
Other uses include agroforestry:
The soil under the canopy of this tree is usually littered with seeds, and the decaying leaves replenish the soil’s nutrients. Because of its deep rooting habit, this tree could offer shade or support services for other species and soil consolidation. However, care should be taken because of its parasitic characteristics.
The wood of this plant is also used in China as temple incense.
The heartwood is dark brown and surrounded by a light-colored sapwood. In the past, it was widely cut and exported as sandalwood. It is currently harvested only in small quantities.
Wood is an excellent fuel and has been used for cooking brick kilns.

Preparation method –
The fruits and pods of Santalum spicatum are still harvested from plants that grow in the wild and eaten as food.
Sandalwood seeds have formed a valuable part of the traditional Aboriginal Australian diet.
An essential oil, known as Western Australian sandalwood oil, is extracted from the plant and can be obtained by steam or water distillation of wood.