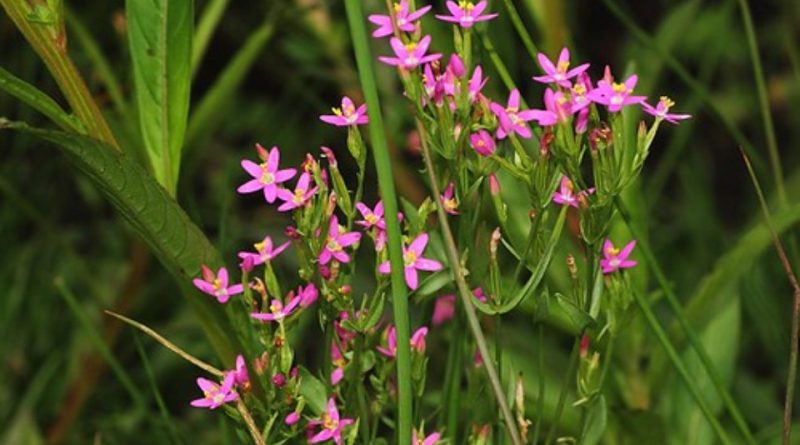 Etymology –
The term Schenkia of the genus was dedicated to Joseph August Schenk (1815-1891), German botanist and paleontologist, specialist in plant fossils.
The specific spicata epithet comes from spíca spiga, brooch: with spike inflorescences.

Geographic Distribution and Habitat –
The Schenkia spicata is a plant with a very wide distribution in the old world, ranging from North Africa, through Europe and Asia. Its range is centered on the Mediterranean coasts, but with extensions to the north and east (area of ​​the Vine).
This plant is present in most of the Italian regions, including Sardinia. Although it is not a very rare species, it tends to be rather localized.
Its habitat tends to be typically sub-salty retrodunal, humid until spring but dry (sometimes even arid) in the summer, at the time of flowering. In some cases the plants vegetated on the edge of coastal ponds with continuous humidity throughout the year. 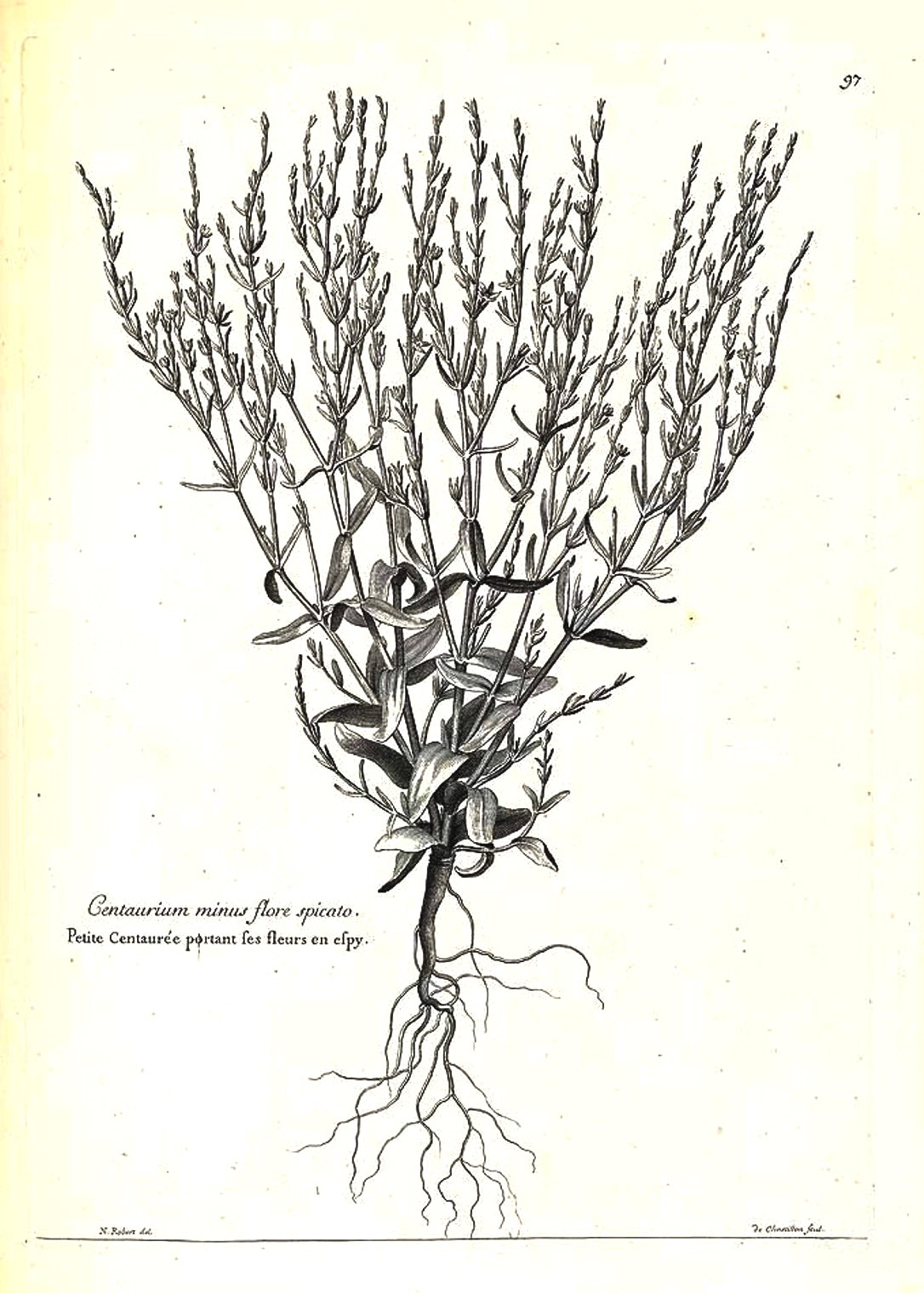 Description –
Schenkia spicata is an annual herbaceous species with plants formed by a single caule, usually abundantly branched (in a rather open way) at the level of the inflorescence. More rarely remains single in specimens with little vigor.
The plant has erecting, even if decumbent specimens are found due to a slender and filamentous constitution. This last characteristic is typical of specimens that vegetate close to environments that remain cool-humid in the late spring and summer period.
The stem has a tetragonal section with a brief hint of wings at the edges, with a height generally between twenty and forty centimeters. The whole plant appears glabrous with the vegetative parts (excluding the corolla) of a light green color.
The leaves are opposite and sessile, with the lower ones having an oblong-elliptical lamina, shorter than the corresponding internode and the upper ones gradually becoming lanceolate with an acute apex. The basal rosette is missing and the first leaves, near the collar, are dry, or already fallen, at the time of anthesis.
The flowers are gathered in spiciform terminal inflorescences carried by the main stem and secondary branches. The ears are up to about twenty centimeters long.
The flowers develop at the armpit of filiform to lanceolate bracts; they are sessile (or sub-sessile) and generally close to the stem. However, apical ones can be moderately divergent.
The glass is about as long as the corolline tube and is formed by five filiform sepals of varying length and unequal between them.
The corolla is tubular and ends with five lobes (sometimes four) with the apex from obtuse to acute, with bright fuchsia color, in its small very showy. Locally one can also meet various individuals with white corolla.
The antesis is in August.
The fruit is a septicidal fusiform capsule of 9 (10) mm, enclosed in the persistent calyx. Seeds irregularly ovoid, obovoid, or ellipsoid, with a slightly wavy surface, brown in color, measuring 0.2-0.3 mm

Cultivation –
Schenkia spicata is a typical plant of Mediterranean Europe, common, but localized, present in Italy especially along the coasts, but also along the Po and in the Brescia area. It grows on mud, humid soils and sub salty soils of the coast. It is sporadically found on the edge of Sardinian temporary ponds in contact with arid meadows and garrigue.
In some regions it can colonize small hollows of cliffs where the contribution of moisture derived, partly from rainwater and partly from aerosol and marine sprays, is sufficient.

Customs and Traditions –
Schenkia spicata was published for the first time under the name of Gentiana spicata by Carl Linnaeus in his Species plantarum of 1753. Subsequently this species was transferred to Erythraea and then Centaurium where, under a large circumscription of the latter genus, it subsequently resulted be polyphyletic. In 2004 the genus Centaurium was divided into four genera, with C. spicatum becoming Schenkia spicata.
This plant has been used for medicinal purposes even though there is no detailed research and reference.
Both the entire herbaceous part and the flowers are used.

Preparation method –
Schenkia spicata uses both the herb and the friori with which infusions and tinctures are prepared for medicinal purposes, however, to be confirmed by research on the merits.