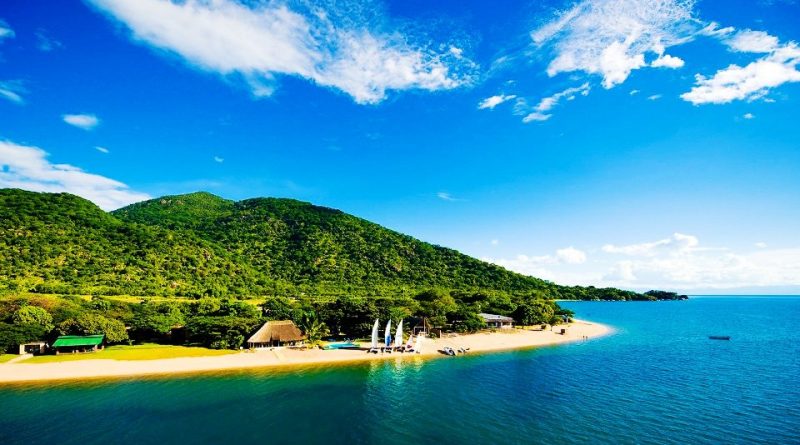 Geography –
Mozambique is divided into two macro areas that are morphologically distinct:
– To the north we find the region of the highlands, with an altitude of 600 m a.s.l. medium and which are cut lengthwise by the Rift Valley, where we find isolated massifs such as Mount Namuli (2419 m a.s.l.)
– the central and southern part of the country is mostly flat and crossed by numerous rivers, including the Zambezi. The coast, which extends for more than 2400 km, is largely made up of alluvial plains which in some points turn into a swamp proceeding inland.
From the hydrographic point of view we find in the northern part of the country, on the border with Malawi, Lake Niassa which flows into the Shire River, a tributary of the Zambezi. The rivers of Mozambique have a course from the west, where the plateaus are found, to the east, towards the Indian ocean and the Mozambique channel. The longest is the Zambezi which flows in the center of the country, the Limpopo, not far from the border with South Africa, the Rovuma which instead runs along the border with Tanzania and the Save. 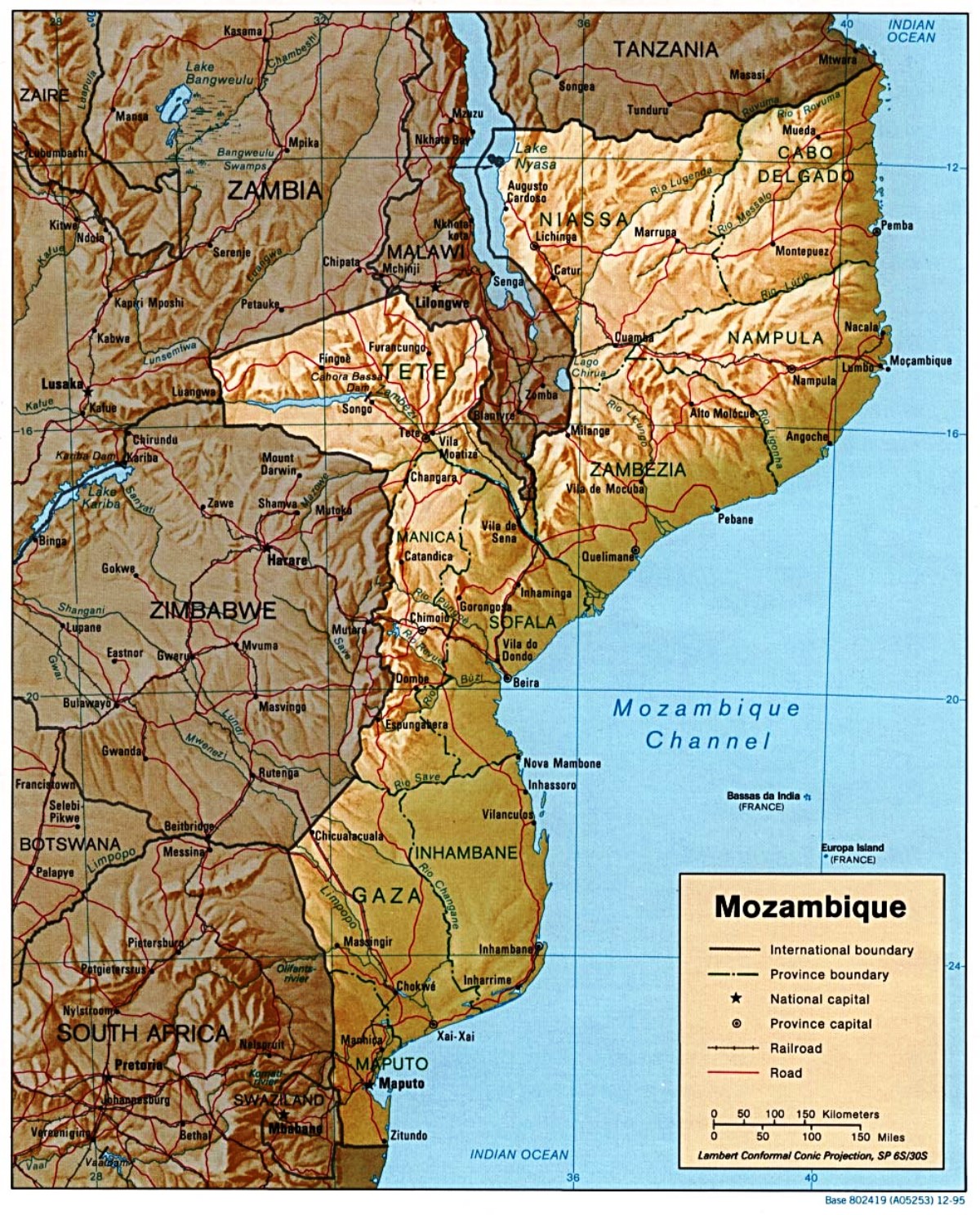 Climate –
The climate of Mozambique is influenced on the one hand by low rainfall and on the other by three factors: the warm Mozambican current which attenuates temperature variations and the thermal contrasts between the ocean and land surface; altimetry, which on the reliefs determines a certain continental climate of the climate; Finally, the decisive action of the South-East trade winds and the summer monsoon should be emphasized, which with the humidity they bring are the main cause of precipitation.
For this reason, the climate of Mozambique is tropical with the highest temperatures falling in January, when the average recorded ranges from 27 ° C on the coast to 21 ° C in the highest inland areas.
The season with the least rainfall runs from April to October.

Flora –
The flora is also affected by the different morphological and hydro-geographical conditions of Mozambique. The coastal region, in many areas, abounds in vegetation with clearly tropical characteristics, especially at the outlets of the major watercourses in the Indian Ocean.
Especially in the southern part there are long sandy stretches devoid of vegetation. Mangrove formation is widespread on the northern coast. In the plains of the interior, the savannahs alternate with more or less luxuriant and dense scrub areas and with steppe territories that extend especially in the southern area.
In the northern part of Mozambique, however, the tropical forest is scarce and never reaches excessive development. This is frequently found in mountainous regions, but even here it does not take on great proportions. There are denser forest formations in correspondence with the adjacent areas of the rivers. Here the characteristic and widespread herbaceous plant is the elephant grass (Pennisetum purpureum Schumach., 1827), a large grass, which grows luxuriantly during the rainy season and is used as forage; when it dries up it is collected by the natives who use it mainly as a fuel.
Among the tree species are frequent: the baobab, especially in the driest steppes, mahogany, ebony, bamboo, tamarind, various and numerous species of acacias. Overall, however, the flora of Mozambique falls, due to its general characteristics, in the large framework of the flora that extends over the entire coastal region of tropical East Africa.

Fauna –
In Mozambique it is quite rich in faunal populations, which unfortunately attracts many hunters. Fortunately, in recent times large National Parks have been established, among which we remember that of Gorongosa, which extends in the central part of Mozambique, at the foot of the mountain of the same name. The primates are represented by various cercopithecids and some galagons, among which the Galago crassicaudatus is noteworthy. Among the carnivores are the lion, the leopard, the jackal, the African wild dog and the protele.
Ungulates are also quite abundant: elephants, rhinos, zebras, buffaloes, antelopes of various species, the striped wildebeest (Connochætes gnu), the southern giraffe, which reaches its southern limit in this region, various hyraxes, the hippopotamus and the warthog. The avifauna falls within that of southern Africa.