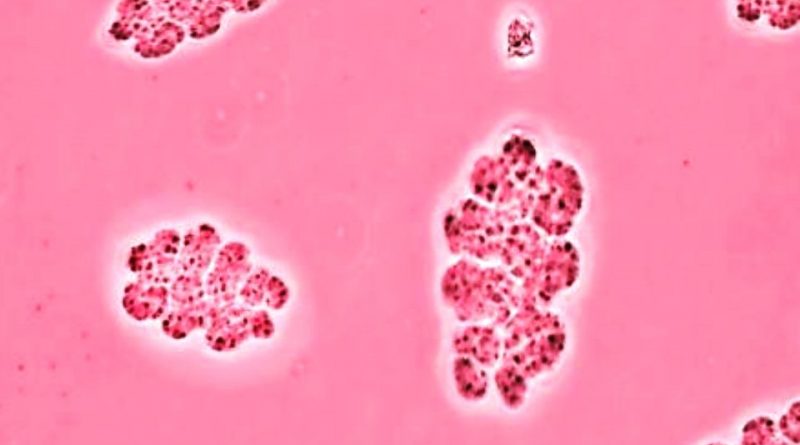 Etymology –
The term Dunaliella was given in honor of the French botanist Michel Félix Dunal, its first discoverer.
The specific saline epithet comes from sal, salis salt: saline, of salt, which likes a growth environment characterized by the presence of salt.

Geographic Distribution and Habitat –
Dunaliella salina is a microalgae that lives in conditions of extreme salinity, such as in salt flats, giving the waters a red / orange color. 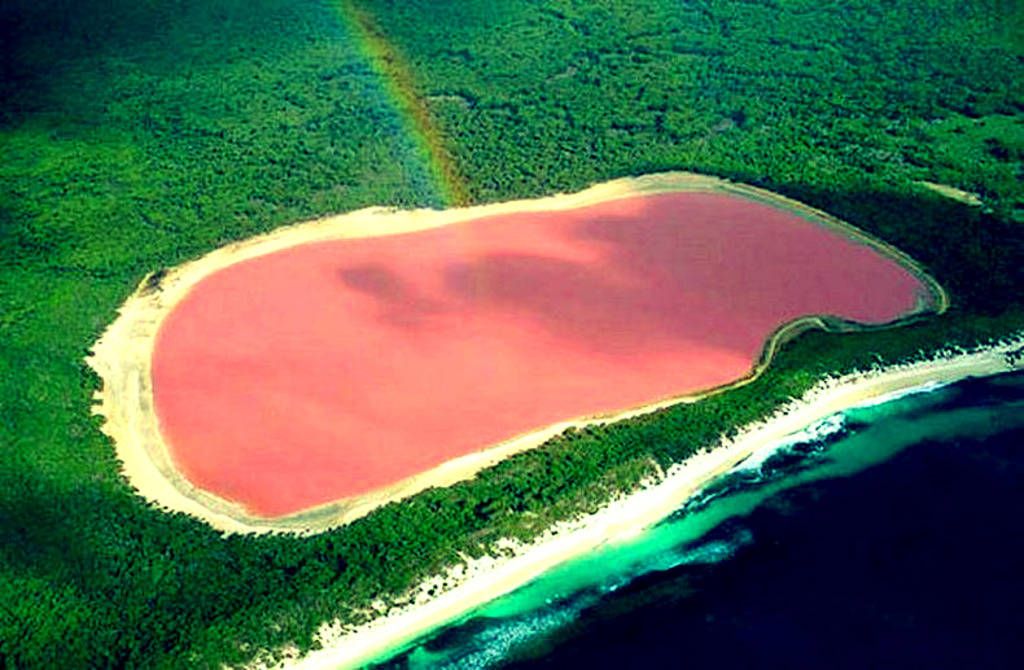 Description –
Dunaliella salina is morphologically similar to Chlamydomonas reinhardtii, except that Dunaliella lacks both a cell wall and a contractile vacuole. Dunaliella has two equal length flares and has a single cup-shaped chloroplast that often contains a central pyrenoid.
Choplasm can contain large amounts of β-carotene, which makes it appear red-orange. Β-carotene appears to protect the body from long-term UV radiation given the extreme salinity conditions where this alga lives.
Dunaliella salina is present in various forms and symmetries depending on environment conditions where it grows.
The mechanisms that allow this alga to live in such extreme saline environments are therefore linked to two mechanisms:
– carotenoids, against solar radiation;
– glycerol, against osmotic pressure.
Carotenoids give D. salina its typical red color. The electron microscope analysis shows that it is β-carotene that is present in granules among the thylakoids within the only chloroplast that the cell has.
The presence of carotenoids guarantees a constant and intense antioxidant activity, protecting the cell from molecular damage caused by solar radiation.
Glycerol is used to counteract the strong osmotic pressure produced by the external salt concentration; the cell of this alga synthesizes and retains glycerol; its cell membrane, unlike other biological membranes, is in fact scarcely permeable to this molecule.

Cultivation –
Dunaliella is an alga with a high content of lycopene, and above all β-carotene (substances with high antioxidant power), which is grown in different parts of the world in brackish environments with a high salt content.
D. salina can reproduce asexually through the division of motile vegetative cells and sexually through the fusion of two identical gametes into a single zygote. Although this alga can survive in saline environments, Martinez et al. Determined that the sexual activity of D. salina decreases significantly at higher salt concentrations (> 10%) and is induced at lower salt concentrations. D. salina zygote is extraordinarily hardy and can survive exposure to fresh water and dryness. After germination, the zygotes release up to 32 haploid daughter cells.
From the first pilot plant of D. salina, for the production of per β-carotene, built in the Soviet Union in 1966, the commercial cultivation of D. salina, for the production of β-carotene, has spread all over the world.
A variety of technologies are used, from extensive low-tech cultivation in lagoons to intensive high cell density cultivation under carefully controlled conditions.

Customs and Traditions –
Dunaliella salina is known for its antioxidant activity and its ability to produce large quantities of carotenoids; this alga is used in cosmetics and food supplements.
Dunaliella salina was named after Emanoil C. Theodoresco of Bucharest in honor of its original discoverer, Michel Felix Dunal, who first scientifically reported sighting the organism in saline evaporation ponds in Montpellier, France in 1838.
Initially he called this alga Haematococcus salinus and Protococcus.
Dunaliella salina, thanks to the abundance of β-carotene, which is a well-known antioxidant and precursor of vitamin A, is used as a popular pro-vitamin A food supplement and cosmetic additive. Also this seaweed can also be a source of vitamin B12.
Furthermore, since Dunaliella salina has a high glycerol content, attempts have been made to exploit the high concentrations of glycerol accumulated by the seaweed as a basis for the commercial production of this compound. Although technically the production of glycerol from D. salina has proved possible, the economic feasibility is low and there is currently no biotechnological operation to exploit the alga for the production of glycerol.
Prolonged intake of products based on Dunaliella salina, like other algae, can reduce the absorption of iron and other minerals in the intestine.

Preparation Method –
There are some formulated commercially as a natural source of carotenoids and beta-carotene.
The use of Dunaliella salina is aimed at the wellbeing of sight and the trophism and functionality of the skin (beta-carotene, as mentioned, is a precursor of vitamin A, known for maintaining the health of skin and mucous membranes).