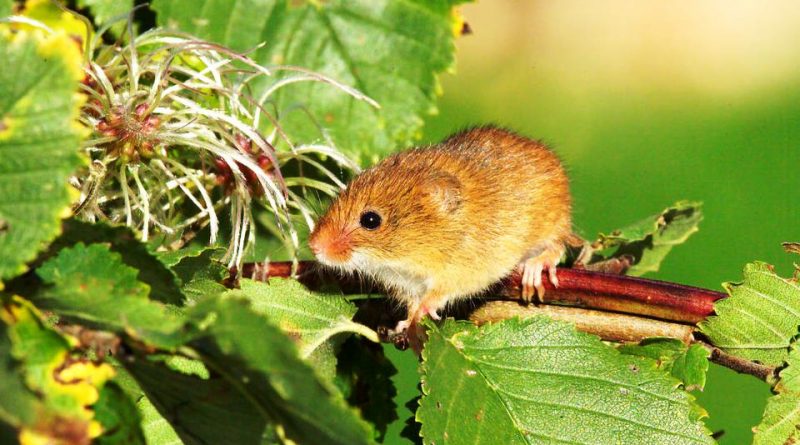 The Harvest mouse (Micromys minutus Pallas, 1771) is a small rodent belonging to the Muridae family.

Geographic Distribution and Habitat –
The Harvest mouse is the only living species of the genus Micromys and is widespread in much of the Palearctic Ecozone that extends from the northwest of Spain to Korea and Japan in the east. The southern limits of the range consist of the north of the Caucasus and Mongolia, while the northern ones coincide with the north of European Russia, at a latitude of about 65 °.
The species is also present in some islands, including England and Taiwan. Isolated populations are reported in India, southern China and Tibet.
In Italy, the little mouse of the rice fields is widespread throughout the Po Valley and in the surrounding areas.
Its habitat is that of grassland grasslands, in the reeds, wheat fields, rice fields and other humid environments, bamboo woods, hedges and at the edges of humid forests. In addition, this species has also adapted to a variety of human habitats, such as gardens, agricultural land, cereal crops, and drainage ditches. Its altimetric range is predominantly lowland but can be found in Europe up to 1,700 meters. 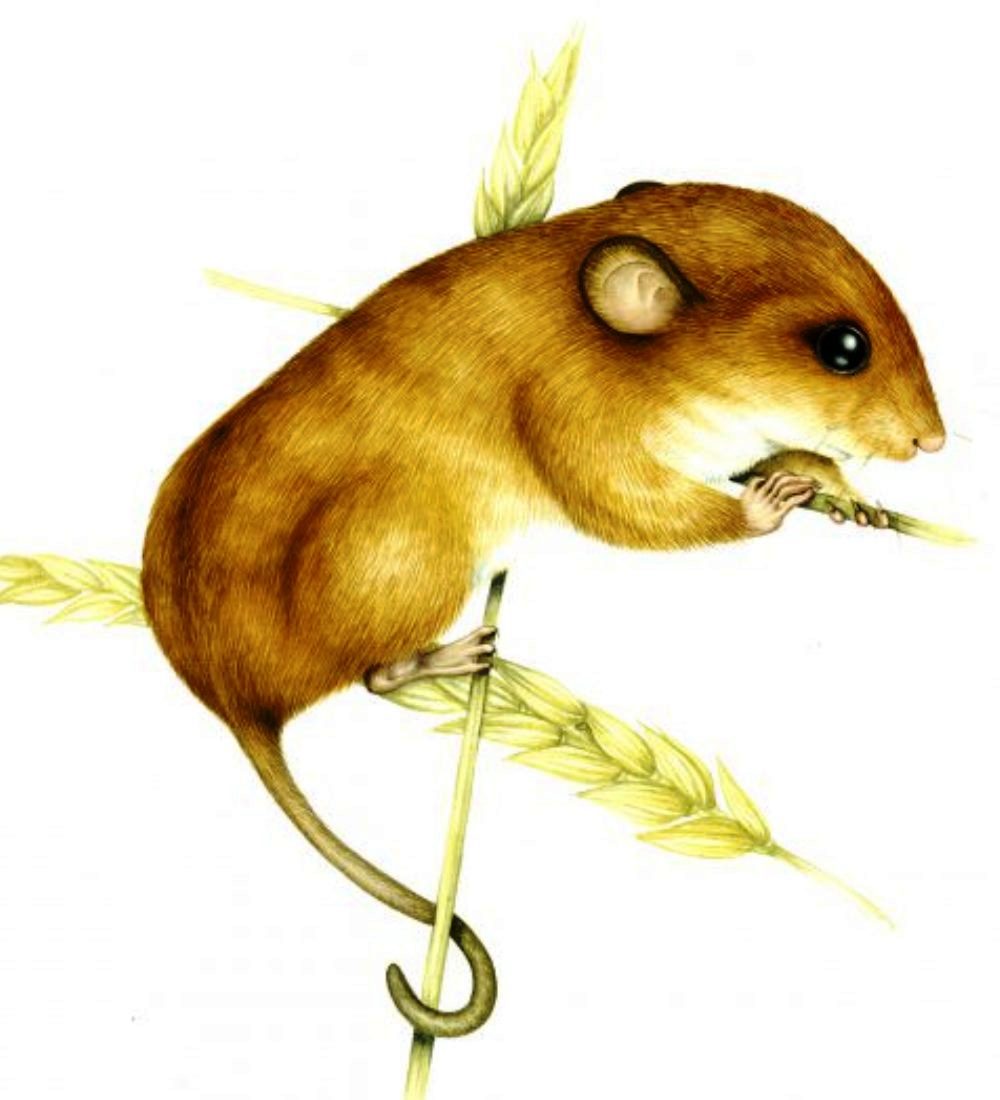 Description –
The Micromys minutus is a small rodent with a head-body length of: 50 – 78 mm, a tail length of: 45 – 75 mm, a foot length of: 14 – 16 mm, an ear length of up to 10 mm , for a weight of: 4-13 grams.
It is recognized for having a soft fur, longer in winter.
The dorsal parts are reddish brown, while the hairs of the ventral parts are grayish with a white tip.
The head has a round shape with a very short snout. The skull has a very short rostrum, is devoid of supra-orbital ridges and a large, wide skull. The palate is relatively wide, the tympanic bubble is large.
The ears are small and rounded, with a particular triangular shaped valve, which has the ability to completely close the auditory meatus.
The tail is almost as long as the body and the head; it is dark brown dorsally, paler below, covered with hair except the dorsal part of the tip and is prehensile.
The hind legs are a bit longer.
The foot has three relatively long central toes, with the short big toe, provided with a claw and is not fully opposable. There are 5 pads on the palm of the hands, with the two rear pads which are enlarged and joined together, such as to form a single tubercle with the thumb opposite to the other fingers.
Females have two pairs of pectoral breasts and two inguinal pairs.
There is a slight sexual dimorphism with the female being normally larger than the male.
The verses are: squeaks and hisses.

Biology –
This species, which arrived during the spring and summer, during the breeding season, begins to build spherical nests, about 60-130 mm in diameter, suspended between the grass stalks at about 100-130 cm from the ground .
The nests are made of three layers of grass and leaves, tightly intertwined. The leaves of the innermost layer are finely chopped to form a soft carpet for the little ones. The nests have more than one entrance, but these are kept closed by the females during the first week after giving birth.
The duration of nests varies from 2 to 10 days to build it. Non-reproductive specimens also usually build similar nests, but these are more fragile and lack the innermost soft layer. Sometimes it is built on the ground or in holes, especially in the coldest months, when this species can also take refuge in haystacks or man-made structures.
The reproductive season runs from April – May, with peaks from July to September, until late autumn.
Females go into estrus several times a year, even immediately after giving birth. These, under favorable conditions, can give birth several times in rapid succession. Due to the rather short lifespan, females give birth only 1 or 2 times (with 1-13 pups (normally 2 – 7) at a time) and gestation lasts 17-18 days. The average number for each delivery varies considerably across the range.
The child weighs about 1 g at birth, opens his eyes and becomes covered with hair after 8-10 days.
Weaning lasts 15-16 days and each individual reaches sexual maturity 2 – 3 months.
The life expectancy in the wild is about 3 years, while in captivity it reaches 5 years.

Ecological Role –
The Harvest mouse is an active species all day, although the peaks of maximum activity are concentrated after dark and before dawn. It does not go into hibernation but its activity slows down in the autumn – winter.
This species, thanks to its tiny size and prehensile tail, skilfully climbs among the stems of the grass and among the reeds.
Its feeding consists mainly of seeds, occasionally fruit and, more rarely, small insects and small birds’ eggs. In captivity it also feeds on meat.
It is the smallest of the Italian rodents and according to the IUCN Red List, considering the vast range, the large and easily adaptable population, currently classifies M. minutus as a species with minimal risk (LC), even if a decline has already been noted in many European states, such as Austria, the Czech Republic, Slovakia and Switzerland. However, the population of this species varies drastically, and some reductions in numbers are indeed part of a normal fluctuation. For this reason a longer period of evaluation is needed to obtain more reliable data.