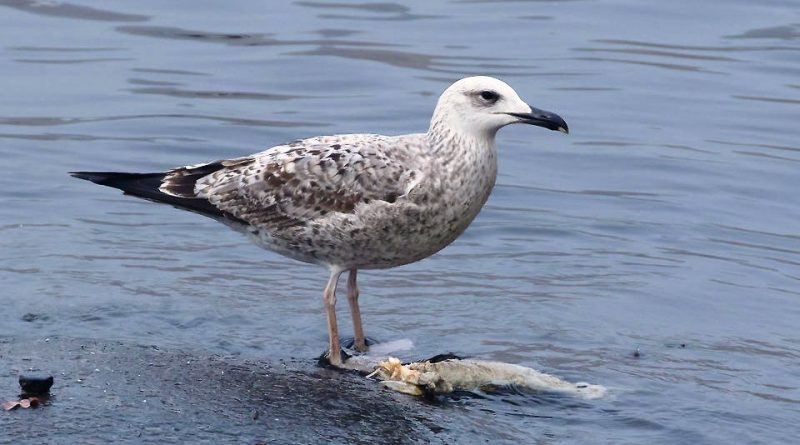 The Caspian gull (Larus cachinnans Pallas, 1811) is a bird belonging to the Laridae family.

Geographic Distribution and Habitat –
The Caspian gull is a widespread bird in Eurasia that reproduces in the Black Sea and Caspian Sea regions, even if its range extends eastward in Central Asia to the north-western offshoots of China.
In Europe it has settled in Poland and eastern Germany, but travels north to Sweden, Norway and Denmark and has been repeatedly sighted in south-eastern England, eastern Anglia and the Midlands.
Furthermore, some flocks migrate south to reach the Mediterranean areas and Italy and also go to the Red Sea and the Persian Gulf.
In Italy it has been sighted several times, in December 2016, in Liguria, at the mouth of the Entella River. 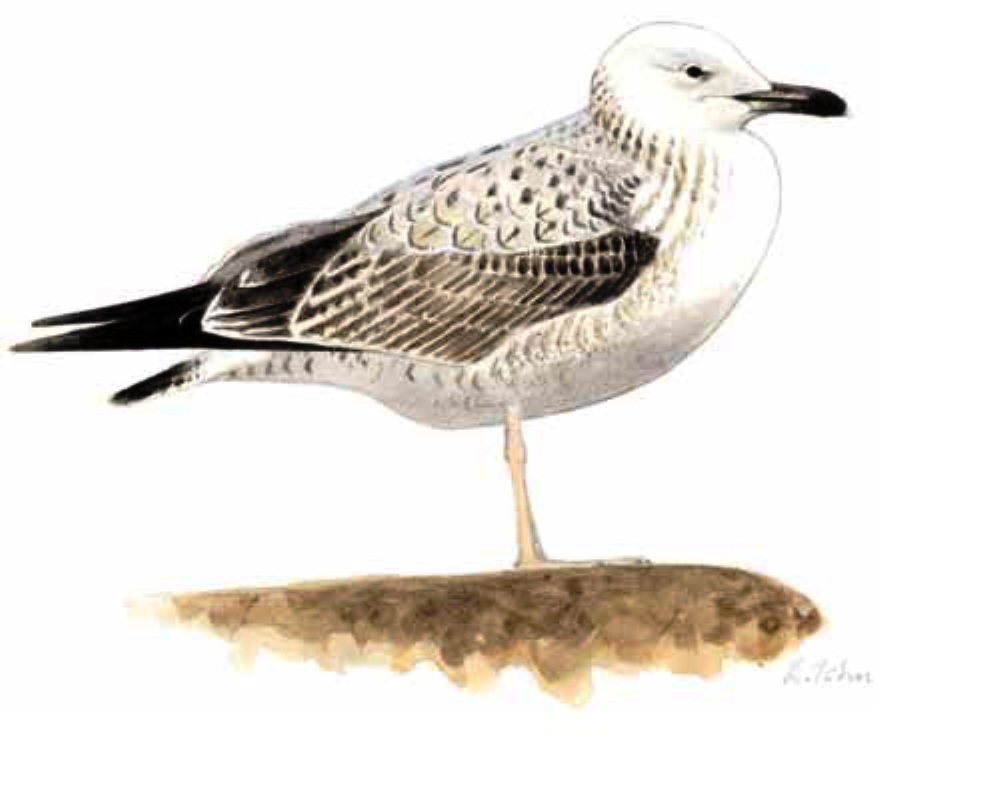 Description –
The Caspian gull is a large bird with a length of 59-67 cm and a weight that varies between 680 and 1,330 gr, similar to the species Larus michahellis but has a more elongated and slender appearance, a smaller head and slightly beak. ‘ thinner.
It is recognized by the long and thin beak curved in the terminal part.
The eye is small and often dark.
The legs vary in color from pale pink to pale yellow.
The hind coat and wings are gray.
The external remiges have a white tip.

Biology –
Larus cachinnans begins its reproductive season in the period from early April, the month in which the construction of the nest begins in flat places and open land, near bodies of water. In these nests you lay two or three eggs which are hatched for a period of 27-31 days.

Ecological Role –
Larus cachinnans is both a predatory and a saprophytic bird. During the period of the breeding season it often feeds on small rodents, such as squirrels, and also travels long distances to move in the steppes or wooded areas to find them.
According to the IUCN, this species, in the Red List of Threatened Species, is evaluated at minimal risk (LC).