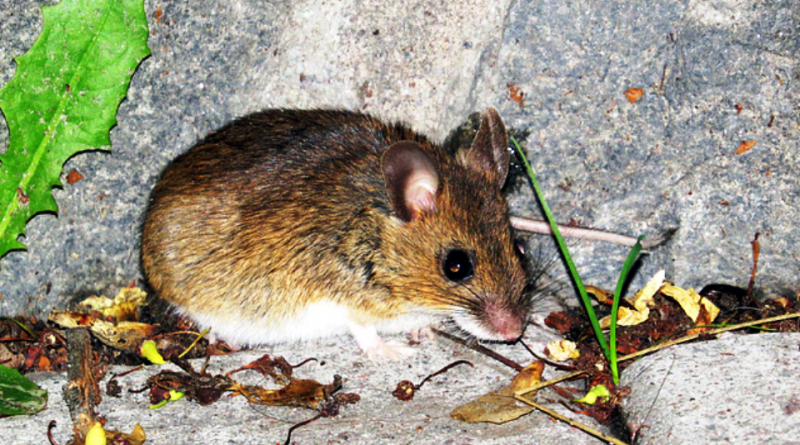 The yellow-necked mouse (Apodemus flavicollis Melchior, 1834) is a rodent mammal belonging to the Muridae family.

Geographic Distribution and Habitat –
Apodemus flavicollis, with its subspecies, is a rodent widespread throughout continental Europe, from Spain to the Urals, as well as in England and Wales: according to some, an isolated population of the species would also live in Syria and Israel.
In Italy there are the nominal subspecies, widespread in most of the peninsular territory but almost completely absent in the Po valley and in the coastal and more man-made areas, and the subspecies Apodemus flavicollis geminae, endemic to the Gargano promontory.
The species is instead absent from the islands, so much so that all the specimens discovered in Sicily and classified as Apodemus flavicollis (according to some even as a separate subspecies, Apodemus flavicollis sicilianus) are currently considered as part of the similar Apodemus sylvaticus.
Its habitat is closely linked to forest ecosystems. It is in fact present in all woods of a certain extent, both coniferous and broad-leaved, where it mainly frequents areas where the stand is more adult. Although its presence is reported from sea level up to the limit of forest vegetation, the species is clearly more frequent in hilly and mountainous areas than in lowland and Mediterranean areas. 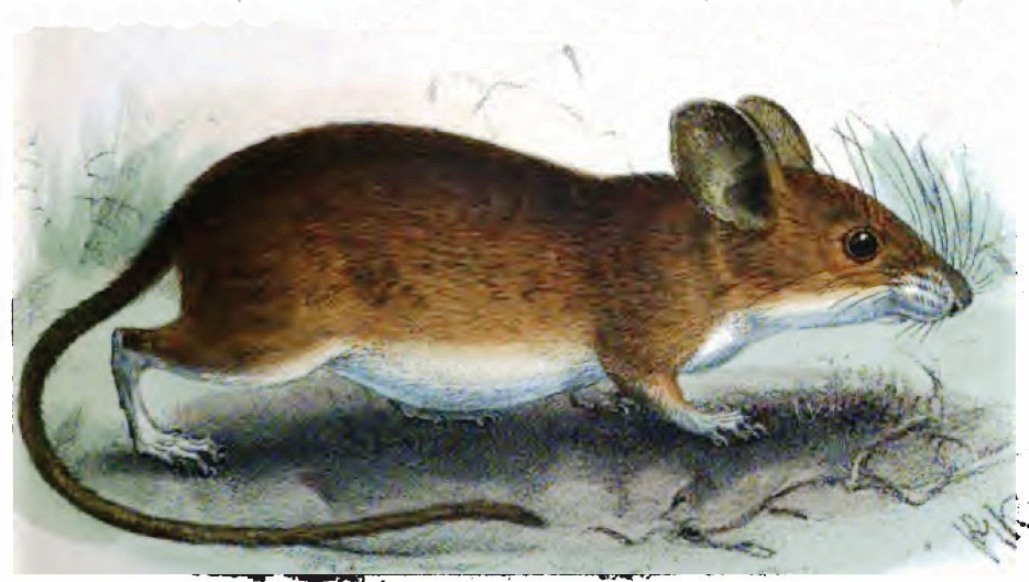 Description –
The yellow-necked mouse is a larger rodent than the domestic and wild mouse with a head-body length of 8.5-13 cm, tail length of 9-13.5 cm, for a weight ranging between 18 and 50 gr.
It is recognized for having a brown-orange hair on the back and sides, while the ventral part is whitish: the species also has a characteristic yellowish spot on the neck (hence the name) which depending on the subspecies is more or less extended and can extend in the form of a collar.
From the morphological point of view this species is very similar to the common wild mouse and the alpine wild mouse, with which they live in sympathy in most of their range, but with respect to which they have differences at the cranial and dental level and, more generally, in size. greater due to the greater length of the tail than the body.

Biology –
Apodemus flavicollis is a terrestrial mammal that lives in solitary form and with crepuscular habits.
The males have a territory of about 3,800 m while that of the females is slightly smaller. In the breeding season it can reach an average of 15,500 m in males and 7,400 m in females. In this period, in fact, mostly males make long journeys in search of a partner. The territories of males and females can overlap. The estrus cycle lasts less than a week and the female is able to mate immediately after giving birth. Gestation lasts about 25 days and the puppies are completely dependent on maternal care at birth. Weaning takes place over 3 weeks and the young born reach sexual maturity at only 2-3 months of age. The species can carry out 2-3 litters per year with an average of about 5 pups per litter. The size of the litters depends on the environmental conditions and food availability but also on the age of the female (young females have fewer offspring). The duration of the reproductive period varies depending on the altitude and the meteorological trend and also seems to be influenced by other factors such as photoperiod, food availability and social relationships. It usually starts in February and ends in September. Winter breeding is an occasional occurrence in case of high food availability. Under natural conditions the average life span of an individual is about one year.

Ecological Role –
The yellow-necked mouse is a rodent that moves silently through dense undergrowth to escape numerous potential predators.
Its diet is essentially composed of plant material, such as sprouts, fruits, berries, acorns and seeds.
In view of the winter, these animals tend to bury stocks of acorns, hazelnuts and other seeds in various places in order to have a constant source of supply during lean periods: however they do not make use of these reserves if they are able to get the necessary food, or do not consume them completely, or still forget to visit some sites where they have hidden food, thus giving the possibility to the buried seeds to germinate and therefore contributing involuntarily, but greatly, to the expansion of the forest mantle.
According to the IUCN, this mammal, despite being a species linked to well-preserved ecosystems, is widespread in the woods throughout the peninsula and does not present particular conservation problems.
Apodemus flavicollis is present in protected areas. The species is assessed Least Concern by the European Mammal Assessment (IUCN 2007).