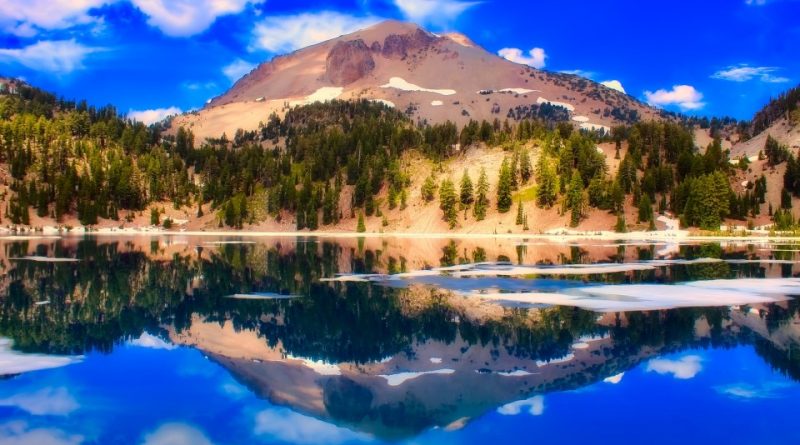 Lassen Volcanic National Park, whose WDPA Code is: 11115337 is a national park located in northeastern California, in the United States of America.
The Lassen Volcanic National Park has an area of ​​429 km² and was established in 1916.
This park, outside of many travel itineraries, is characterized by a very particular mountain landscape dominated by the great volcanic peak Lassen Peak (3180 mt): inside this park we find calderas and lava pools, craters and puffing fumaroles, in contrast with emerald lakes and luxuriant coniferous forests. There are trails of varying length and difficulty, but the geography of the park means they are all easily accessible from the main road.
Lassen Peak, one of the largest domed volcanoes on earth, is dormant: the last eruption dates back to 1915. A part of the park, called the Devastated Area and equipped with a facilitated path, still shows signs of it.
The main reference city for visiting the Lassen Volcanic National Park is Redding, which is located 50 minutes from the north entrance of the park. 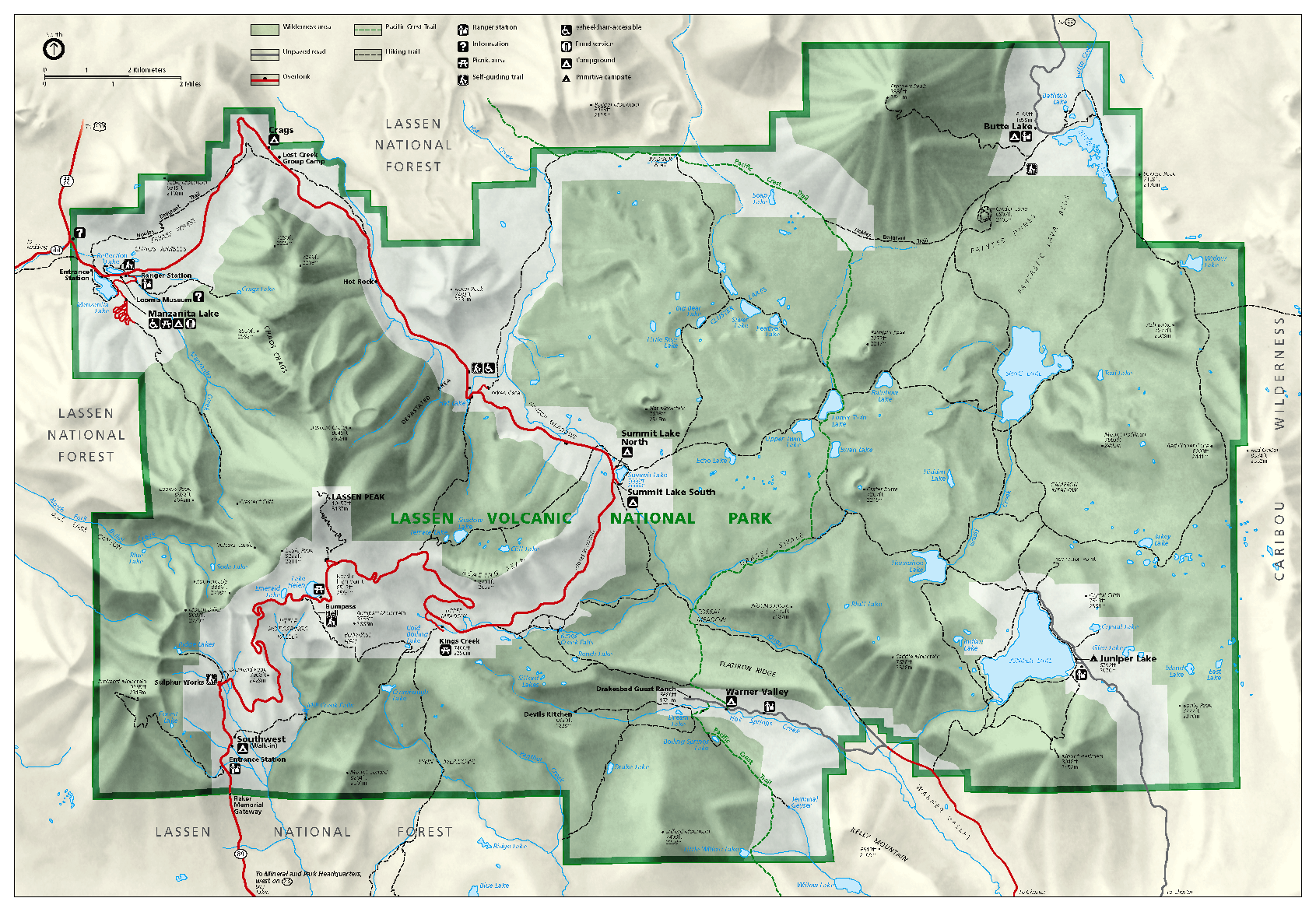 Flora –
Within the Lassen Volcanic National Park there are an innumerable amount of native plants but also invasive plants that endanger the biodiversity of the place. The native plants still present date back to very distant geological eras and among these we find tree species, herbaceous and herbaceous.
In the park, at altitudes below 2,000 meters, the dominant vegetation community is the mixed coniferous forest. Ponderosa and Jeffrey pines, sugar pine and silver fir form the forest canopy for this rich community that also includes manzanita, gooseberry and ceanothus species. Common wildflowers include iris, spotted coral root, pirola, viola, and lupine.
Above the mixed coniferous forest lies the main community of the spruce forest. Between heights of 2,000 and 2,400 meters, spruce, western white pine, mountain hemlock and lodgepole pine dominate a less diverse community than the mixed coniferous forest. Common plants include satin lupine, woolly mule ears, and pine manzanita.
At higher altitudes, between 2,400 and 3,000 meters, we find the subalpine areas that include the upper limit for tree growth. From 2,400 mteri to the treeline, plants are fewer overall with exposed patches of bare soil providing a harsh environment. Rock spirea, lupine, Indian paintbrush, and penstemon are just some of the hardy members of this community. Trees in this community include white pine and mountain hemlock.
In this park we find many lichens, which is a symbiotic association between a fungus and an alga. In this association the dominant species is the fungus, which gives the lichen most of its characteristics. The seaweed can be green alga or blue-green alga, otherwise known as bacterial cyan. Many lichens will have both types of algae. There are about 110 known species of lichen in the park.
Finally, scattered throughout the Lassen Volcanic National Park we find species in danger of extinction.
They are endangered species and this risk is linked to a variety of variables, including the level of threat a species faces, its abundance and positioning, and even the ecosystem services it performs. Major threats to Lassen’s flora include climate change, competition with invasive plants, and historic fire suppression.

Fauna –
The Lassen Volcanic National Park is home to around 300 vertebrate species, including birds, mammals, reptiles, amphibians, and fish. The richness of the species contributes to the variety of habitats found in three ecological zones in the Lassen Volcanic National Park.
This park is also home to more than 350 species of invertebrates including insects and spiders. One of the most noticeable species is the California Tortoise Butterfly. These butterflies are orange-brown in color and can be seen by the thousands at times especially on the tops of the peaks where the wind currents have carried them.