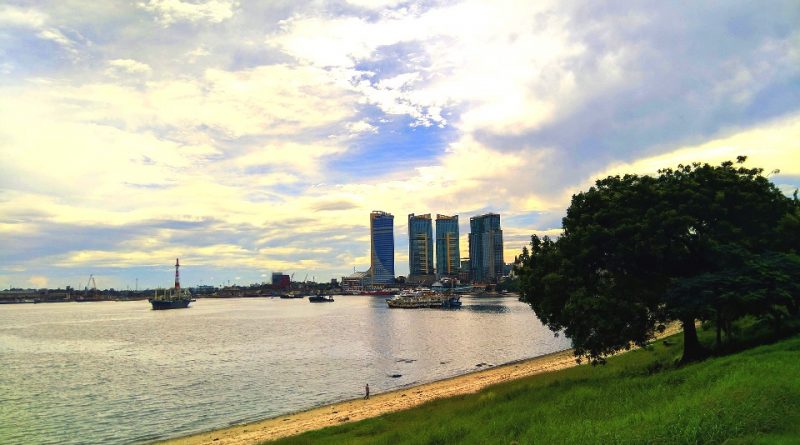 Tanzania is an East African state.
This country, more than three times Italy, has an extension of 947 300 km² and, by extension, is comparable to Nigeria and Egypt.
Tanzania borders Kenya and Uganda to the north, Rwanda, Burundi and the Democratic Republic of Congo to the west, and Zambia, Malawi and Mozambique to the south. To the east it is washed by the Indian Ocean.
The largest city and capital until the seventies is Dar es Salaam. The transfer of administrative functions, still in progress, is in the new capital Dodoma, located in the center of Tanzania.
From a geographical point of view, Tanzania is a predominantly mountainous country in the north-east, where Kilimanjaro, the highest peak in Africa and the Pare Mountains are located. Mount Meru is also located in the same region. In the north and west lies the Great Lakes region, including Lake Victoria (Africa’s largest lake) and Lake Tanganyika (Africa’s deepest lake, known for its endemic fish species). Another lake is Natron, characterized by saline waters, and located in the Rift Valley near the border with Kenya. Central Tanzania is instead characterized by a vast plateau, with plains and arable areas. The east coast overlooking the Indian Ocean is hot and humid. The island of Zanzibar faces the east coast.
Also important is the hydrography of Tanzania, with Lake Victoria, on the border between Tanzania, Kenya and Uganda, which is the largest in Africa and where the sources of the Nile are identified. To the southwest of this, on the border with the Democratic Republic of Congo, is Lake Tanganyika, considered the second oldest lake in the world (and the second in depth) after Lake Baikal in Siberia.
Furthermore, on the border with Zambia, we find the Kalambo Falls, an area of ​​great archaeological interest as the first signs of the use of wood by man have been found there.
The climate of Tanzania is tropical, although in the highlands the temperatures vary between 10 ° C and 20 ° C, respectively during the cold and hot seasons and it is cooler in the high mountain regions.
The rest of the country has temperatures that rarely drop below 20 ° C. The hottest period is from November to February (25-31 ° C), while the coldest period occurs between May and August (15-20 ° C).
Tanzania can be divided into two regions based on rainfall. The first, which characterizes the south, the south-west, and the central-western part of the country, sees the rainy season in the period from December to April. The second, which is located in the north and on the northern coast, has two rainy seasons, respectively October-December (defined as the small rains or Vuli) and March-May (defined as the long rains or Masika). 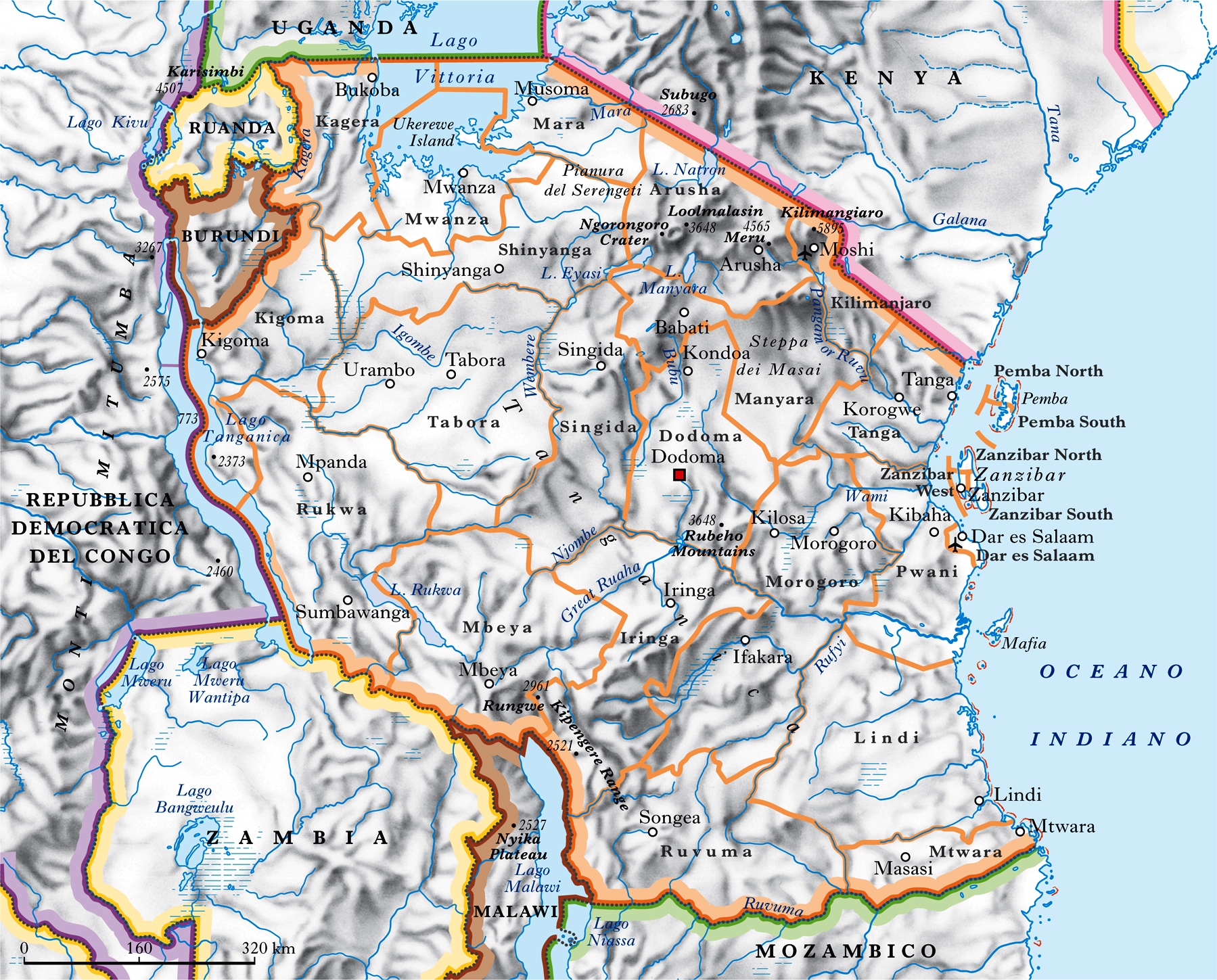 Ecology –
Tanzania is a country where many large natural parks have been established which have an important ecological value. There are sixteen national parks and numerous other nature reserves in total.
Among these we mention famous Ngorongoro Park, the Serengeti National Park in the north; the Selous Game Reserve and Mikumi National Park in the south; West Gombe National Park, known for Dr. Jane Goodall’s studies of chimpanzee behavior.
About 32% of the territory of Tanzania (equal to 303 316 km²) is considered a protected natural area.
Tanzania has a high biodiversity and contains a large variety of habitats. In the Serengeti Plain, the white-bearded gnu (Connochaetes taurinus mearnsi) and other cattle participate in a large-scale annual migration. Tanzania is also home to around 130 amphibians and over 275 reptile species, many of which are strictly endemic. Tanzania has developed a biodiversity action plan to address species conservation.
Over a thousand species of birds are found in this large country and here we find nine endemic bird areas. It is also home to important populations of many iconic and threatened species including black rhino, elephant, common chimpanzee, African wild dog, and cheetah. Offshore, Tanzania also supports a rich diversity of marine life, including manta rays and the giant whale shark.
Unfortunately with the rapidly developing country, biodiversity is placed in direct competition with humanity for space and resources, with habitat loss threatening many species. Illegal logging and poaching also abound, while unsustainable and harmful fishing practices threaten the country’s precious coral reefs, key ecosystems for the East African coast.

Flora –
Common savannah species cover most of the driest inland areas – about one third of the country – at altitudes between 300 and 1,200m.
In the areas of high rainfall on the main mountain masses and in some parts of the Lake Victoria basin there are two main types of closed forest trees, low-altitude deciduous trees and mountain conifers; wooded grasslands are widely scattered throughout the country.
The drier central areas include thickets and thickets. Grasslands and moorland are common in the highlands, while the coast has mangrove forests.
Furthermore, unique species of arboreal vegetation are present on the Pemba and Tumbatu islands.

Fauna –
Among the 4 million wild mammals there are representatives of 316 species and subspecies; in particular antelopes, zebras, elephants, hippos, rhinos, giraffes and lions. Various types of monkeys are also abundant.
There are around 827 species of nesting birds in Tanzania, ranging in size from ostrich to bird. The life of insects, consisting of over 60,000 species, includes harmful and disease-carrying species. There are at least 25 species of reptiles and amphibians and 25 venomous varieties among the 100 species of snakes. Fish are abundant.
Common mammals are galagos, fruit-eating bats and insectivores, genets, mongooses, small shrews, rats and mice. On the island of Zanzibar we find the leopard, Syke’s monkey, civet and the giant mouse.
There are also five unique mammals: Kirk’s colobus (monkey), two elephant shrews, a duiker antelope and a squirrel.