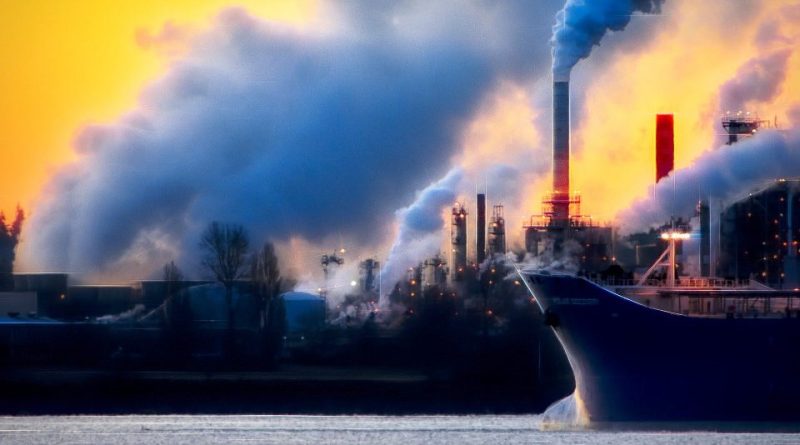 If the Paris Agreements are not combined with certain rules on infringements by the member states, let us no longer expect so much from history, because in this way with the Planet we are burning the future of humanity.
Yet something in the area of ​​climate justice is starting to move, wishing us to arrive in good time.
Recall that the Paris Agreement (COP21) is an agreement between the member states of the United Nations Framework Convention on Climate Change (UNFCCC), regarding the reduction of greenhouse gas emissions, and finance, starting from the year 2020 .
Unfortunately, to date, the aforementioned Agreements do not provide for a sanctioning regime and, without such regulation, they do not have a great binding power in the policies of the states that have signed it. In short, to date, the polluter does not pay.
Since the 196 participating States in the 21st Conference of the Parties to the UNFCCC signed, in Le Bourget, near Paris, France, and signed the Agreement on 12 December 2015, practically nothing had happened.
Yet on November 20, 2020, something revolutionary happened. A sentence that can suddenly give a new meaning to state responsibilities. A sentence that can rewrite the history of climate justice.
The sentence was passed in France by the Council of State, which is now asking France why it is not respecting the COP21 commitments.
But who asked the Council of State to rule on this matter?
It all stems from the French commune of Grande-Synthe, a commune of 21,166 inhabitants, located in the Nord department in the Haute-Haute-France region and which stands on a strip of land removed from the sea.
It is a municipality directly threatened by the rise in water levels, caused by climate change, and therefore strongly interested in understanding and, above all, knowing what is being done to prevent the worsening of the climate crisis which affects, among others factors, on the melting of glaciers.
Thus the Municipality of Grande-Synthe, supported by some NGOs, which had previously promoted a petition to this effect since December 2018, tried to legally oblige the Government to respect its promises in terms of climate.

We recall for the sake of information that, by signing the Paris agreement, France had committed to cut emissions by 40% compared to 1990 levels, by 2030. But we know how the roadmap by France and, practically of all the other subscriber states, is currently not respected.
But the Council of State, with its ruling, affirms that the content of COP21, which is in effect a climate law, is “binding” and so Paris must show that it is seriously committed to achieving the objectives set. Not only that, but the French executive is obliged to act quickly, within a maximum of 3 months.
The sentence of the French Council of State is, to all intents and purposes, a historic pronouncement, as it sets an important precedent for obliging governments to fulfill their responsibilities, giving strength and reason to those who ask for climate justice.
The repercussions of this sentence which, as usual, like all judgments, makes jurisprudence, and in this case international jurisprudence, is of immense importance and inevitable repercussions.
Think of the inappropriate pollution caused by the transport of goods of large polluting cargoes or the still unjustifiable use of many non-renewable resources.
Now, to follow up on the sentence of the Council of State, the Government of Paris will have to give an account to the highest French Court. It will have to do so by implementing new measures, or by justifying the reasons for the delay.
Thus, as written by the judges of the Court “If the justifications provided by the Government were not satisfactory”, the same “could consider the need to adopt further measures” by forcing and adopting even heavy measures against France.
The consequences of this decision are historical not so much for what may happen in France but for the repercussions that, in a chain and with a domino effect, could lead ordinary citizens and environmental organizations to bring their governments into play in the implementation of something that is the only way to give the planet a future: to respect it.