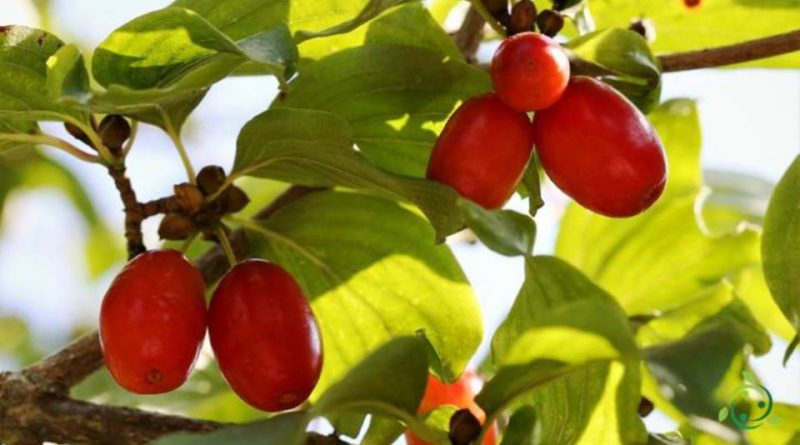 How to prune the dogwood

The dogwood (Cornus mas L., 1753) is a fruit tree, often spontaneous, of the Cornaceae family; it is a species native to southern Europe and its range extends to the Black Sea. In Italy it is present throughout the territory except in the islands.
It is a small tree from two to six meters high, maximum 8 meters, which in order to produce better, like all fruit species, needs special pruning, even if not excessive.
The cultivars present in Italy are above all: “Golden Glory”, “Variegata”, “Aurea” and “Elegant”.
Dogwood is a plant that, even without particular interventions, tends to maintain a harmonious shape.
The pruning interventions, however, must be carried out in two moments, with the main pruning to be carried out in the dormancy period, and the secondary pruning, to stimulate new shoots, during the growing season.

Main pruning –
The main pruning consists in removing the branches during the winter or, at most, at the beginning of spring, making sure that the branches are still dormant; in fact, intervening during late spring or summer, after the tree begins to actively grow, can create new ones, does not give the desired effects and can be a vector of infections and insect attacks.
During the cold period, preferably at the end of February, dry or diseased branches should be removed, in order to prepare the shape of the plant for new expansions of new branches. Furthermore, the removal of dry branches is a system to remove pathogens present in the dry parts. In this regard it is advisable to remove the results of the pruning or to burn them.
Both healthy and infected branches should be cut off, using sterilized shears and tools without having cleaned them before moving on to a new plant. unfortunately it is a more disregarded practice than you think. It is useful to immerse the affected sharp parts of the tools in a solution consisting of one part of bleach and three parts of water to sterilize them. During this phase of pruning it is also necessary to cut the old and thin stems. The intervention must be done above all for some varieties of Dogwood, particularly shrub types, which are appreciated for the colored bark that grows on the new stems. Therefore, in the case that the shrub form has been chosen and not the tree-like one, the stems that grow directly from the root must be renewed as they have produced. If, on the other hand, the tree shape has been chosen, these must be replaced more progressively considering that pruning must be performed slightly every year in order not to create imbalances between vegetative and productive activity.
Especially if the tree shape has been chosen, with a harmonious crown (which can also be a vase), it is necessary to intervene inside to create a ventilation useful for greater respiration of the plant but also for the space necessary for the jets that will grow in the part. internal.
In addition, all branches growing below the graft point should be removed if the variety you are growing has been grafted.

Secondary Pruning –
Secondary pruning should be done normally, if the first was done well, in the period of early June. This pruning consists in cutting the flower buds at the end of each branch to redirect the energy in favor of the lateral ones of the branch. This favors the development of multiple buds, leading to a richer flower arrangement. These buds can be cut with shears or “peeled off” with the hands.
This operation should not be performed, obviously during the dormancy season because in this way the hormonal balance of the plant is disrupted without redirecting the energy. On the contrary, it should not be done too late in June because by doing so the plant will not accumulate enough energy for new shoots and buds for the following year.