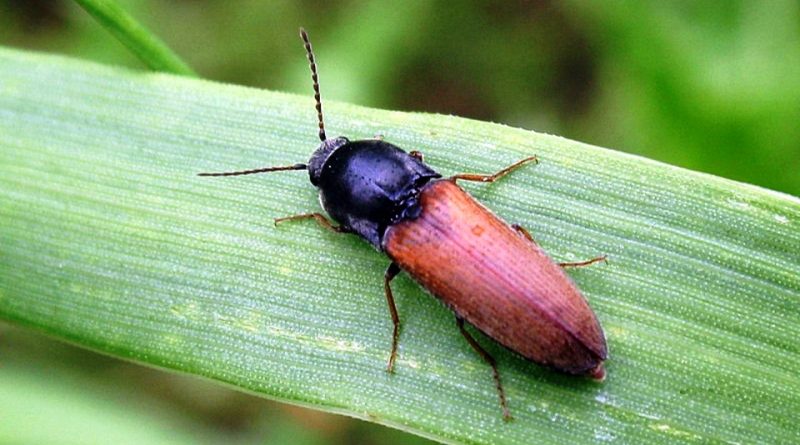 Geographic Distribution and Habitat –
Agriotes obscurus is a polyphagous insect native to Europe and which today has a wide spread present in various parts of the world.
Its habitat is above all that of loose soils rich in organic matter where it lays its eggs both in the ravines and in depth.

Morphology –
Agriotes obscurus, like other elaterids, is a small beetle whose adults are 7-9 mm long in size.
They have a brown-black body with ferruginous brown antennae; the prothorax is broader than long, convex, with strong tight punctuation.

Attitude and Life Cycle –
The biological cycle of Agriotes ustulatus is similar to that of other Elaterids; specifically that of this insect, according to some recent studies, sees the adults emerge from the end of June to the beginning of September. The average number of eggs laid by a female is 90. At around 25 ° C the eggs hatch in 15 days. 11-13 larval stages were observed. The pupae turn into adults in 15 days. Most larvae overwinter twice and pupate 24 months after spawning. Few larvae gave adults after only one wintering.