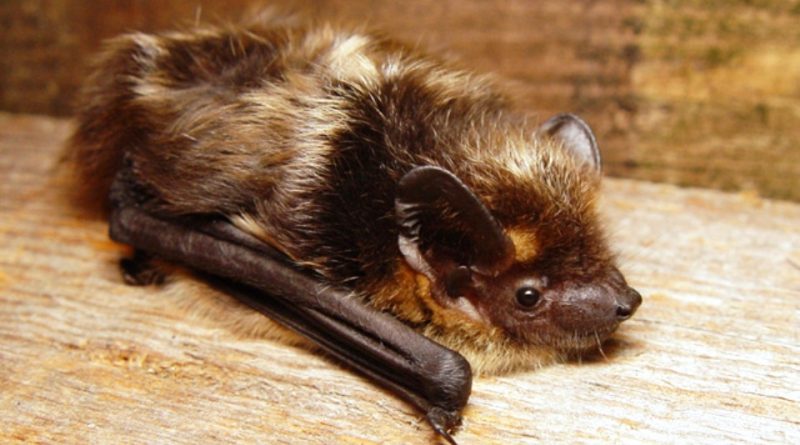 Geographic Distribution and Habitat –
The Northern bat is a common bat nell’Ecozona palearctic and Central and Eastern Europe and North Africa, up to 70 ° 25 ‘latitude, that is absent in Ireland and Britain; lacking almost entirely in France, in Italy and in most of the Balkan Peninsula, is also an isolated population in the Caucasus and in the Balkans sporadic observations were reported. It is also present in most of Palearctic Asia (Asia Minor and the Middle East excluded) including Iran and Iraq, as far east as Sahalin Island, Korea and Japan, as far south as north-western China ( Tibet excluded), Kashmir and Nepal. In Italy, the species was found only in the provinces of Sondrio, Trento and Belluno.
Its habitats are varied; these range from desert areas to taiga and coniferous forests up to 2,300 meters of altitude. 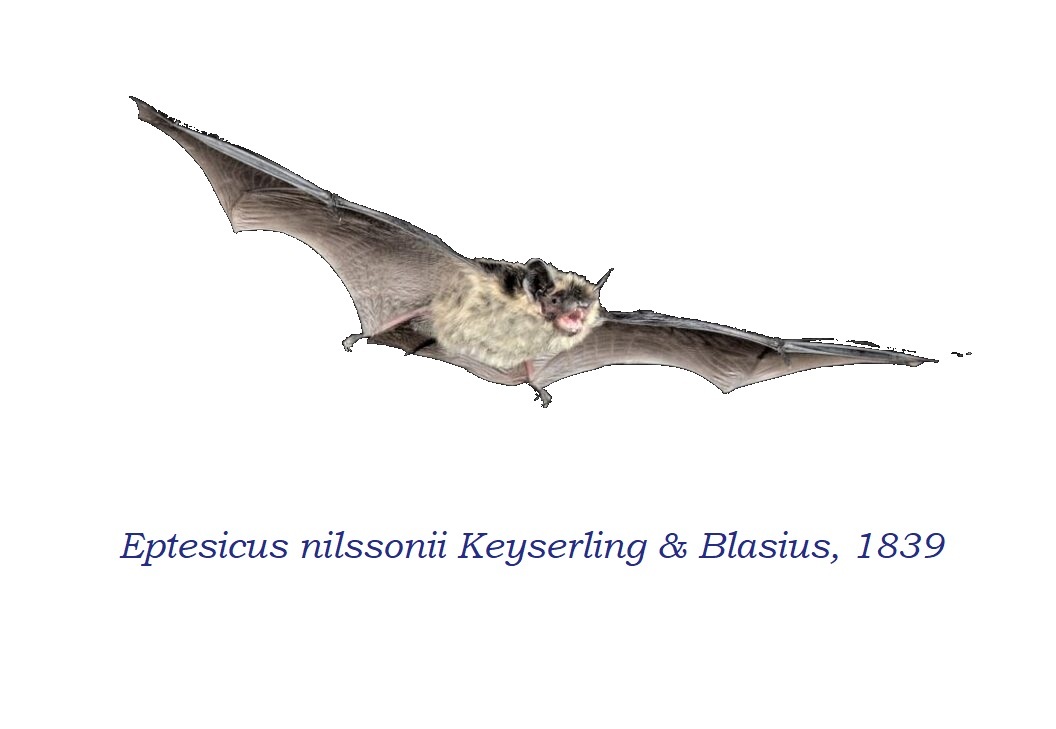 Description –
Eptesicus nilssonii is a small bat that has a head and body length between 54 and 64 mm, forearm length between 37 and 44 mm, tail length between 35 and 50 mm, foot length between 10 and 12 mm and length of the ears between 13 and 18 mm, for a weight that varies between 8 and 17.5 grams.
This bat features fur that is long, fluffy, dense, and shiny. The dorsal parts have a color ranging from dark brown to blackish, sprinkled with hair with a golden tip, while the ventral parts are yellowish-brown.
It has a broad muzzle, due to the presence of two glandular masses on the sides, while the nostrils are prominent.
The ears are short, rounded and fleshy, with 5 skin folds on the inner surface.
The tragus is short, rounded and curved forward.
The wing membranes are blackish in color, long and broad, with rounded ends and attached posteriorly to the base of the toes.
The tip of the long tail extends slightly beyond the large uropathagium.
The limestone is long and with a narrow but well developed fairing.
It also emits low duty cycle ultrasounds in the form of intermediate duration pulses with modulated frequency at about 30-40 kHz.

Biology –
Northern bat is a bat that goes into hibernation in the winter period, between November and April; it does this alone or in small groups of 2-4 individuals in buildings, cellars and sometimes in caves and mines. Usually the ambient temperature is 0-2 ° C, occasionally down to -5 ° C.
Once in the summer, the females form nurseries of 10-80 adults inside houses and buildings, between the cracks and crevices in the walls, while the males sometimes live solitary in the hollows of the trees and among the dense foliage.
Colonies change shelters during the same season and the same group can occupy several adjacent buildings or multiple locations in the same building.
This bat gives birth to one or two offspring at a time from mid-June to mid-July. The first flights are made at 2-3 weeks of life. It has a life expectancy of around 15.5 years.

Ecological Role –
Eptesicus nilssonii feeds on insects, particularly moths, chironomids, tipulae and small beetles caught in flight on farms, forest edges, gardens and tree-lined parks, above water bodies or around street lamps.
Its predatory activity occurs, especially in the northernmost regions, where the summer night is shorter, even in daylight.
It is generally a sedentary species even if displacements up to 445 km have been observed.