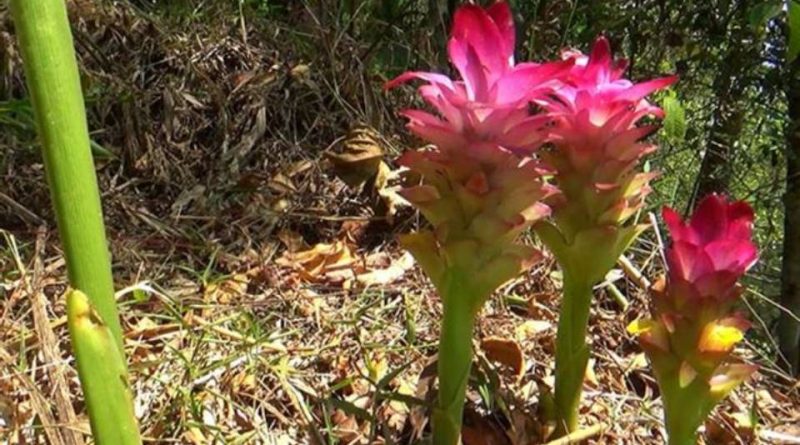 Java ginger or temulawak (Curcuma zanthorrhiza Roxb.) Is a herbaceous species belonging to the Zingiberaceae family.

Systematics –
From the systematic point of view it belongs to the Eukaryota Domain, Kingdom Plantae, Magnoliophyta Division, Liliopsida Class, Zingiberales Order, Zingiberaceae Family and therefore to the Curcuma Genus and to the C. zanthorrhiza Species.
The term is synonymous:
– Turmeric xanthorrhiza Roxb ..

Etymology –
The term Curcuma comes from the Sanskrit kum kuma through the Arabic kurkum.
The specific epithet zanthorrhiza is a spelling variant of xanthorrhiza which derives from the Greek κίτρινος, yellow and ρίζα, root, hence “yellow root”, which refers to the yellowish varieties that are preferred in some countries (Hermann, 1997).

Geographic Distribution and Habitat –
Java ginger is a plant native to Indonesia, more precisely from the island of Java, from which it has spread to various places in the biogeographical region of Malaysia. Currently, most of it is grown in Indonesia, Malaysia, Thailand and the Philippines. Outside of Southeast Asia, crops can also be found in China, Indochina, Barbados, India, Japan, Korea, the United States and some countries in Europe.
The natural habitat of Curcuma zanthorrhiza is that of the banks of rivers at an altitude of about 800 meters in southern Yunnan and in the teak groves and forests, mainly on humid, fertile and humus-rich soils.
However, this plant blooms up to 1500 m above sea level in a tropical climate and its rhizomes develop well in loose soils. 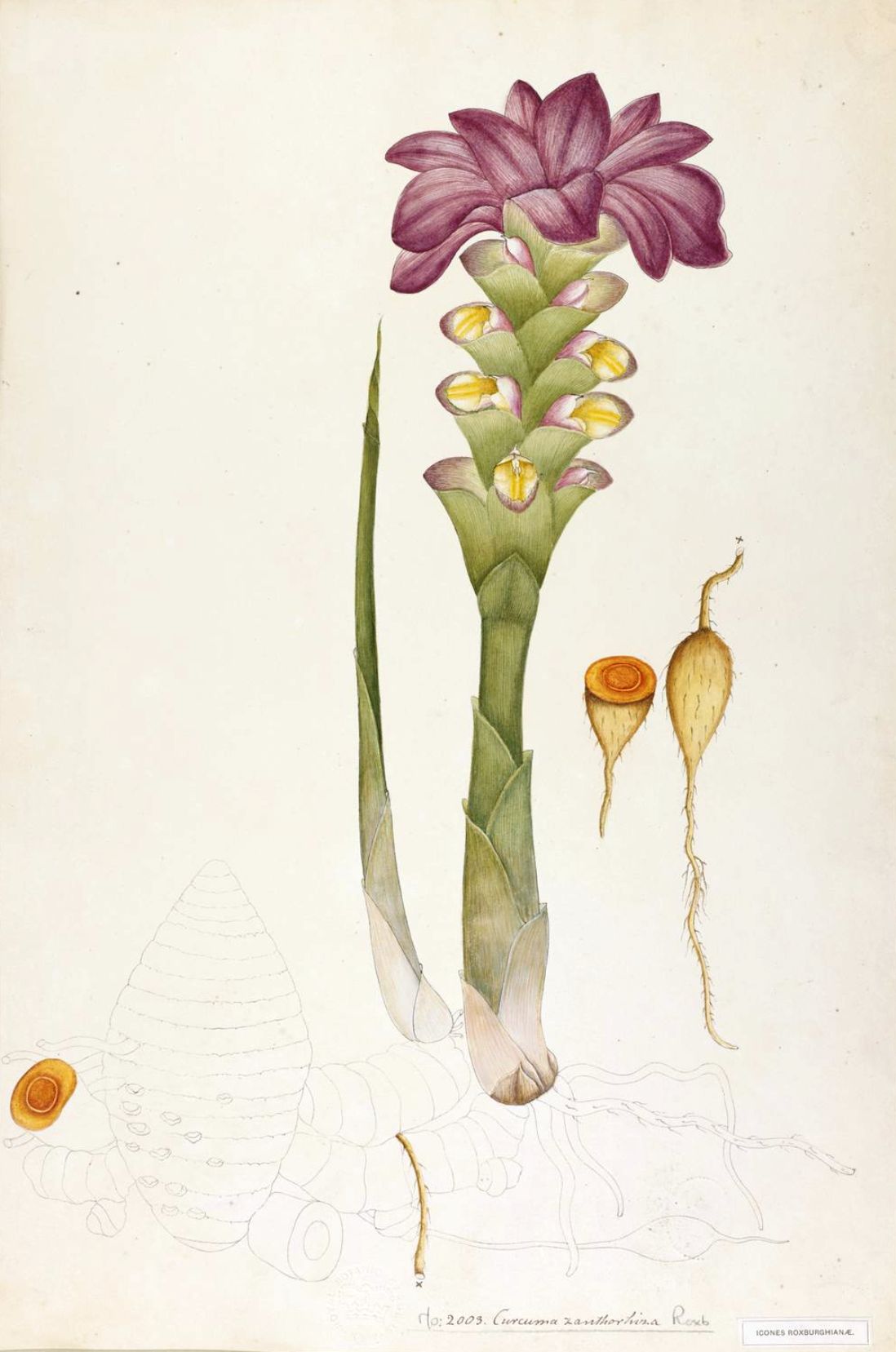 Description –
The zanthorrhiza Turmeric is a perennial herbaceous plant.
The root is a large cylindrical, branched, yellow or orange rhizome, strongly aromatic, which constitutes the most commercially interesting part of the plant.
The flowers are collected in a showy erect pseudo-inflorescence, up to two meters high, rich in large green bracts at the bottom and purple at the top. Each pseudo-inflorescence is composed of a maximum of 8 leaves with blades that can be 40 – 90 cm long and 15 – 21 cm wide.
The green bracts form a series of pockets, which are home to large yellow flowers

Cultivation –
Java ginger is a plant that has adapted growing in areas of seasonal drought in monsoon forests.
It prefers slightly shaded conditions and requires moist, fertile, humus-rich soil.
Propagation occurs by seed which is best sown as soon as it is ripe, or by division of the rhizome when the plant is inactive. It germinates best in temperatures around 20 ° C.

Customs and Traditions –
Curcuma zanthorrhiza takes various names and is known as temulawak, Java ginger, Javanese turmeric or as koneng gede in Sundanese and as temu labak in Madurese. The scientific name is sometimes written as Curcuma xanthorrhiza but this is a spelling variant.
Curcuma zanthorrhiza is an important herb in traditional Indonesian medicine where it is harvested in the wild and is also commonly grown, mainly on a garden scale, in Java, Peninsular Malaysia, the Philippines and Thailand and occasionally also in India.
The rhizome contains an ethereal oil (5ml per kg), consisting mainly of sesquiterpenes. There is also a certain amount of curcumin content (at least 1%) and starch.
This plant is used for dyspepsia.
It is also a spice and according to one source it is an effective deterrent and pesticide for fungus mites.
Among the edible uses it should be remembered that a starch is obtained from the roots that is used for porridge and as a pudding.
The starch is extracted by grating the rhizomes and kneading the grates in water over a sieve. This process is repeated for several days and the water above the suspension is repeatedly renewed until it remains colorless when the deposit is pressed. Then the slurry is washed off until the bitterness is gone and most of the pungent odor is gone.
Starch is said to be of good quality and is easily digested even for newborns.
The young growing stems and parts of the rhizome are eaten as raw or cooked vegetables. The flowers are eaten cooked and greased with rice.
A sweet-tasting non-alcoholic drink called ‘bir temu lawak’ is also prepared by cooking dried rhizome pieces in water and adding sugar.
The rhizomes are important for medicinal purposes and are an important ingredient in many “jamus” (traditional Indonesian medicinal preparations).
They are said to be anti-inflammatory, cholagogues, febrifuges, galactagogues and laxatives. They are used to treat various abdominal and liver disorders, including jaundice and gallstones.
A decoction of the rhizome is also used as a remedy for fever and constipation and taken by women to reduce uterine inflammation after childbirth. Other applications are against bloody diarrhea, dysentery, rectal inflammation, hemorrhoids, stomach upset caused by colds, infected wounds, skin rashes, acne vulgaris, eczema, smallpox and anorexia.
Among other uses, it should be remembered that a yellow dye is obtained from the rhizomes.

Preparation Method –
Java ginger, as well as for medicinal uses, finds application in the kitchen to extract a starch from the roots, with a particular procedure, described above; I also the parts of the rhizome tender stems are consumed as raw or cooked vegetables, as well as flowers that are eaten cooked and greasy to the rice.
By cooking dried rhizome pieces in water and adding sugar, a sweet tasting soft drink called ‘bir temu lawak’ is made.