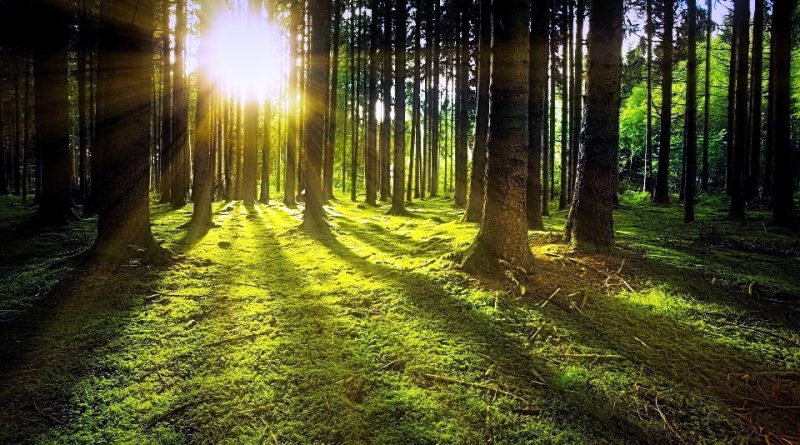 A different vision is needed to protect biodiversity

To concretely face the difficult role that history has given to the men of this time it is necessary that they change their attitudes, focusing on their indissoluble bond with nature, without which history risks giving us an unlivable and inhospitable planet. , both for the current generation and, even more so, for the future ones.
This is a strong consideration but also supported by unequivocal data, just think that the efforts of the last 10 years against the loss of biodiversity have failed: this means that in order to solve the ecological equation we must change perspective.
Among the many data that we highlight, for example, that of deforestation which in the last 10 years has seen a loss of 25 million hectares covered by trees all over the planet. We therefore find ourselves today facing a much more serious problem than ten years ago, but without a real strategy.
Going back to 2010, we recall that in that year 190 UN member states, gathered in the prefecture of Aichi, Japan, established 20 strategic objectives to combat the loss of biodiversity. This action plan sanctioned, among others, the commitment to safeguard the ecosystems most at risk such as coral reefs, to reduce the pressure on natural habitats, to promote sustainable management of land and fish stocks.
In 2020, on 14 September, therefore exactly 10 years later, the United Nations announced that none of those 20 objectives had been achieved, decreeing for the second consecutive decade (remember that the first Convention on Biological Diversity was in 1992) the failure of our species to protect all others.
This is an observation that leaves no room for doubt: the way of doing economic policy and planning is absolutely not synchronous with the needs of the ecosystem and, therefore, of all the species that inhabit the planet.
We have therefore come to a substantial crossroads. In fact, while the delegates of the various nations are working to negotiate global goals that will be adopted by 2021, an analysis published in the journal Science (scientific journal published by the American Association for the Advancement of Science) and signed by 40 researchers, highlights some points important that the new plan will have to take into account.
In summary, it will be necessary to operate with a totally different approach that includes the following objectives:
– Aim high;
– Different concept of biodiversity;
– Particular attention to compensatory mechanisms;
– Overview.
As for the first point, that is: Aiming High, in order to have concrete results, between now and 2050, ambitious, daring, visionary goals are needed. This is equivalent to saying that only by designing ambitious scenarios could we have a chance to recover biodiversity and not just to slow or stop current losses. Without this approach, future generations, assuming the planet is still hospitable, will almost certainly live in a world with less and less biodiversity. For this reason, everyone, from the smallest administrations to the major international policies, will have to set themselves visionary and feasible objectives in the short term. Suffice it to say that future food security and the decrease in the exponential increase in health care costs are based on the protection of biodiversity, which today, pandemics aside, are unsustainable.

With regard to the second point, and that is on the different concept of biodiversity, it should be clarified, if ever it were needed, that Biodiversity does not only concern Pandas or Polar Bears, to name a few, but the complete set of organisms that live in complex and interconnected ecosystems with a high genetic diversity. The new goals will have to embrace the complexity of nature and protect biodiversity in all its nuances. Each proposed action, as usual, from the most precise to the most extensive must be synchronous with ecological logic. This is also because we must necessarily look at the contribution that systems rich in biodiversity provide to our survival: without biodiversity, the complex thermodynamic machine that allows the life of everyone, including men, is put into crisis. Unfortunately, agrobiodiversity is threatened by higher yielding crops and varieties planted on monocultures on large tracts of land. It is a major threat to biodiversity, which is accompanied by the expansion of cultivated areas at the expense of natural ones. For this reason, even in the food sector, it is necessary to change course by focusing on more species, without tying our destiny to a few crops all the same; only in this perspective can we build a food system that can withstand change and disease, and that can guarantee food and health to a growing population.
Regarding the third point, namely that of paying particular attention to compensatory mechanisms, there is now a strong stance on the part of scientists who ask that in the new objectives no recourse is made to initiatives based on the concept of “no loss. net “, which allow the destruction or deterioration of an ecosystem as long as one undertakes to restore or conserve an area of ​​equal surface elsewhere.
This is a totally new approach that clears the fog of deception. In fact, only if you compensate with a similar ecosystem can you think of reasonable strategies, but if you do it with a poorer area or simply with different ecosystems, for example by replacing an ancient forest with a newly started plantation, then this strategy can be deleterious and is anything but compensatory; in this sense, all the procedures underlying the EIA and SEA must be rewritten. In fact, the emphasis must be placed not only on the concept of “no net loss” in total areas, but also on the integrity and functioning of ecosystems. In fact, as an example, a forest that has never been cut is a very different ecosystem from an empty green area in a city. Ultimately, the criterion must apply that better than “no net loss” would be “no loss and that’s it”; and it is not a trivial step. Suffice it to say that human policies and interventions in the area have caused, in the last 50 years alone, the decrease of two thirds of the populations of wild animals and that the deforestation of the Amazon, to give another example, is a related effect also to the “commercial” needs of a Europe that is anything but sustainable.
The fourth point, namely that of the overall vision (which is the strategy of Agenda 2030) sees scientists agree in believing that it is appropriate that each objective be thought of with the criterion of mutuality, so that the progress of one contributes to progress of the others, minimizing the compromises between one area of ​​intervention and another. Only in this way will it be possible to advance simultaneously and not by single isolated goals.
The only finding that, today, can give us new hope is, however, that the perception of biodiversity among non-professionals has drastically changed in recent years and is, therefore, a good place to start.
In fact, in the past years, biodiversity was an arcane concept, something that only people (considered strange and, at least, visionaries) understood, such as naturalists, environmentalists and professional ecologists. Fortunately, for some years now, biodiversity has been included in a highly utilitarian context, as a service provider, a reserve to be exploited and, only more recently, has a wider recognition developed of our inextricable and reciprocal bonds. with it.
To move now from considerations to action, perhaps we need to stop for a moment (but not too long) to take a deep breath and allow the new oxygen collected to change our approach. The COVID-19 pandemic is perhaps the pause for reflection that history, even with its deaths and tragedies, has brought us.
We know now, more than before, that we can no longer speak the same language that we have been chattering about in the last century.

One thought on “A different vision is needed to protect biodiversity”