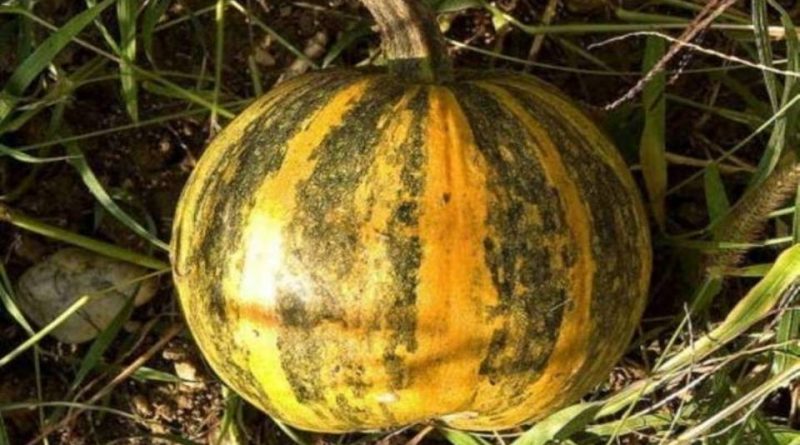 Systematics –
From the systematic point of view it belongs to the Eukaryota Domain, Kingdom Plantae, Magnoliophyta Division, Magnoliopsida Class, Cucurbitales Order, Cucurbitaceae Family and therefore to the Cucurbita Genus, to the C. pepo Species and to the C. p. Subspecies. oleifera.

Geographic Distribution and Habitat –
The oil gourd, like all the species of its genus, is a plant whose origin is difficult to determine since it is not present in nature; however, the most probable places it in Mexico.
Its natural habitat is obviously unknown although in the tropics, it tends to grow best at altitudes of 500 meters or more. 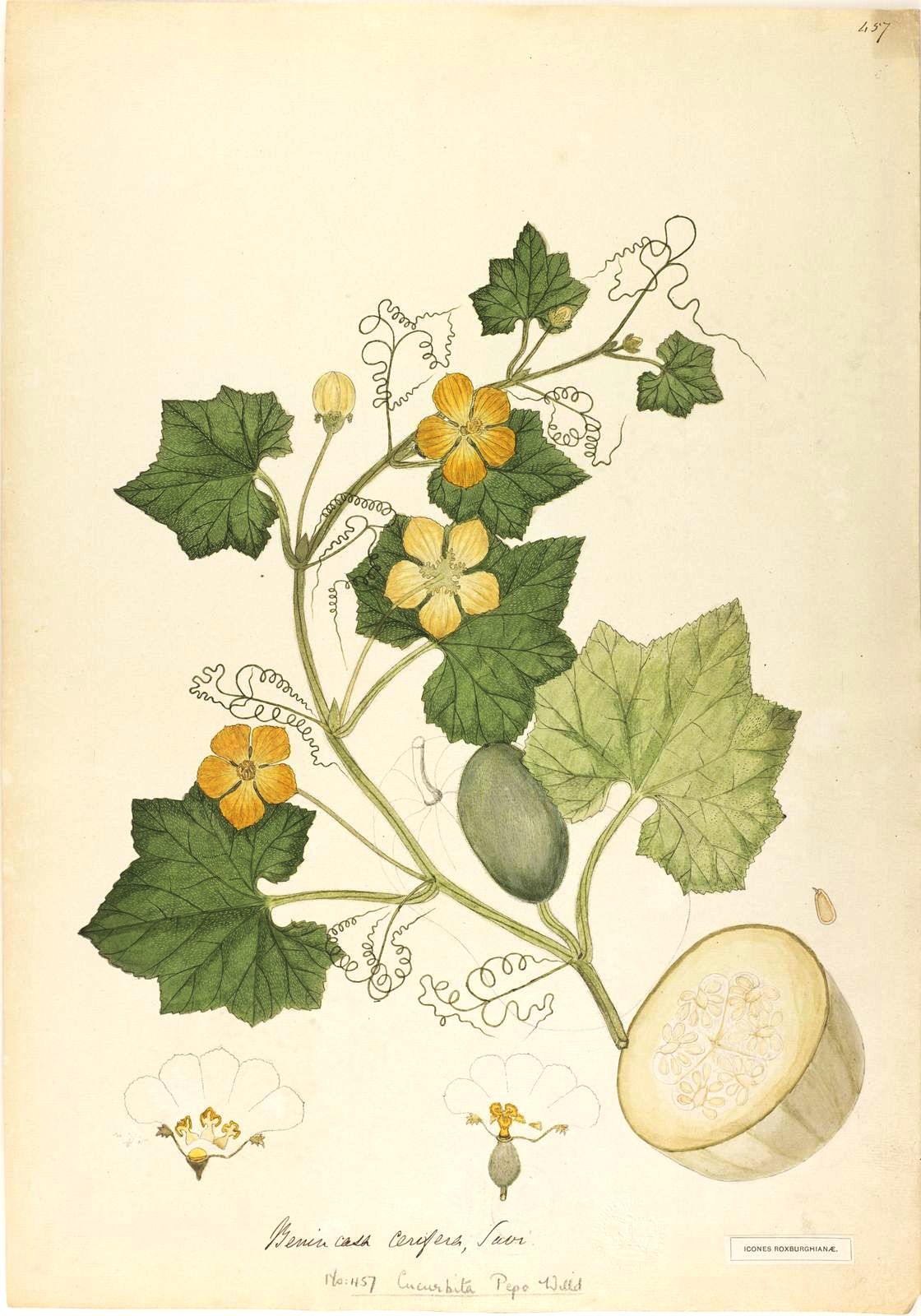 Description –
Oil squash is a vigorous annual climbing plant that produces stems up to 5 meters long.
The stems, or stems, tend to spread over the ground, although they can also grow into the surrounding vegetation where they support themselves by means of tendrils. Some cultivars have a much more compact habit, forming a growth pile perhaps 1 meter wide.
It is a monoecious plant, that is, it produces unisexual flowers, one male and one female, but carried by the same plant. The male flower carries the pollen, and has the purpose of pollinating the female flower that carries the ovary, which, once pollinated, can become the fruit.
The fruit is a peponid, with shape, size, usually spherical with the two depressed poles, with variable consistency and external color, compact or watery yellow pulp and usually orange in color.
The seeds are numerous and (10) 12-25 x (3) 8-12 (17) mm, ovate, whitish, with evident margin.

Cultivation –
Oil squash grows well in mild climates and in a sunny but well-ventilated position.
It is a renewal plant that opens a three-year rotation. It can be combined with onions, runner beans and lettuce.
The seeds are buried directly in the home in the period from April to June, and in any case when the temperature, both day and night, remains above 20 ° C. 2 or 3 of them are planted for each hole, vertically in the ground and with the narrowest part facing downwards: a long and deep pot can accommodate only one plant.
The soil must be worked well, deep and it is advisable to choose medium-textured soils, well drained to avoid stagnation of water and rich in organic substances. To obtain adequate yields and quality fruit in organic crops, four or five quintals of mature manure must be distributed per hundred square meters. The manure must be buried at an average depth of forty centimeters.

Customs and Traditions –
The Cucurbita pepo var. oleifera is an annual plant that was imported to Europe around 1500 after the discovery of America.
Today the plant is widely cultivated in temperate and tropical areas, mainly for its edible fruit but also for its leaves, seeds, oil and medicinal uses.
It is cultivated with various objectives both for the fruits and for the seeds that have a good oil content.
Used as a vegetable, it has a very mild flavor and is very watery.
The seed can also be ground into a powder and mixed with grains to make bread, etc; this is rich in oil with a pleasant nutty flavor.
The seeds can also be sprouted and used in salads etc. but to be used with caution for possible toxicity; moreover, an edible oil is obtained from these.
The seed contains 34 – 54% of a semi-drying oil. It can be used for lighting or as a food seed oil.
This vegetable also has medicinal properties.
It has been widely used as a medicine in Central and North America. It is a gentle and safe remedy for a variety of needs, especially as an effective tapeworm remedy for children and pregnant women for whom strong and toxic remedies are not suitable.
The seeds are therefore slightly diuretic and deworming.
The seed is rich in zinc and has been used successfully in the early stages of prostate problems.
The diuretic action has been used in the treatment of nephritis and other problems of the urinary system.
The leaves are applied externally to the burns and the sap of the plant and the pulp of the fruit can also be used.
The pulp of the fruit is used as a decoction to relieve intestinal inflammation.
From the food point of view, in addition to the use of fruits, flowers and tender leaves, the seed is ground into a fine flour, then transformed into an emulsion with water and eaten.

Preparation Method –
The oil gourd, like other cucurbits, as well as for the use of the fruit, which is prepared in various ways, is used using the leaves and young stems – cooked as an aromatic herb.
The flowers and flower buds can be cooked or dried for later use.