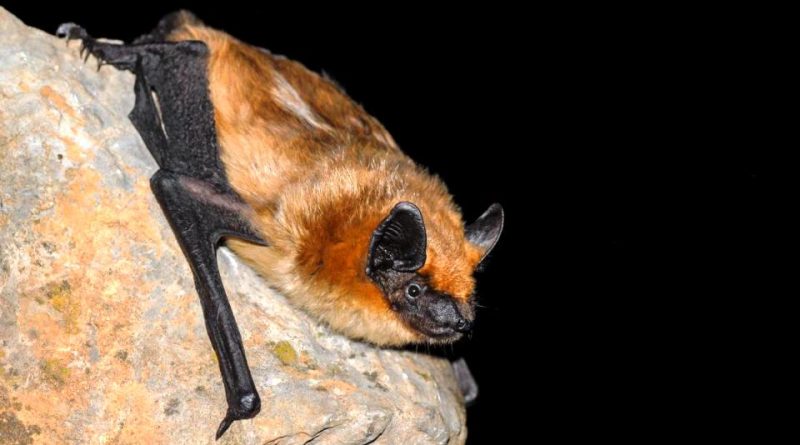 The Serotine bat (Eptesicus serotinus Schreber, 1774) is a bat belonging to the Vespertilionidae family.

Geographic Distribution and Habitat –
The Serotine bat is a common chiropteran in the Palearctic Ecozone and is present from western Europe (including southern Great Britain; to the N up to around 56 ° latitude), central and southern (major islands and the Maltese Archipelago included) to Thailand, China , Taiwan and Korea, via the southern former USSR, the Middle East, Turkey (excluding Cyprus Island), Iraq, Iran, Afghanistan and the Himalayas; Maghrebian Africa and Libya.
In Italy it is present throughout the territory.
Its habitat is that of woods, city parks and gardens, temperate forests and subtropical dry forests, semi-desert areas up to 1,440 meters above sea level. 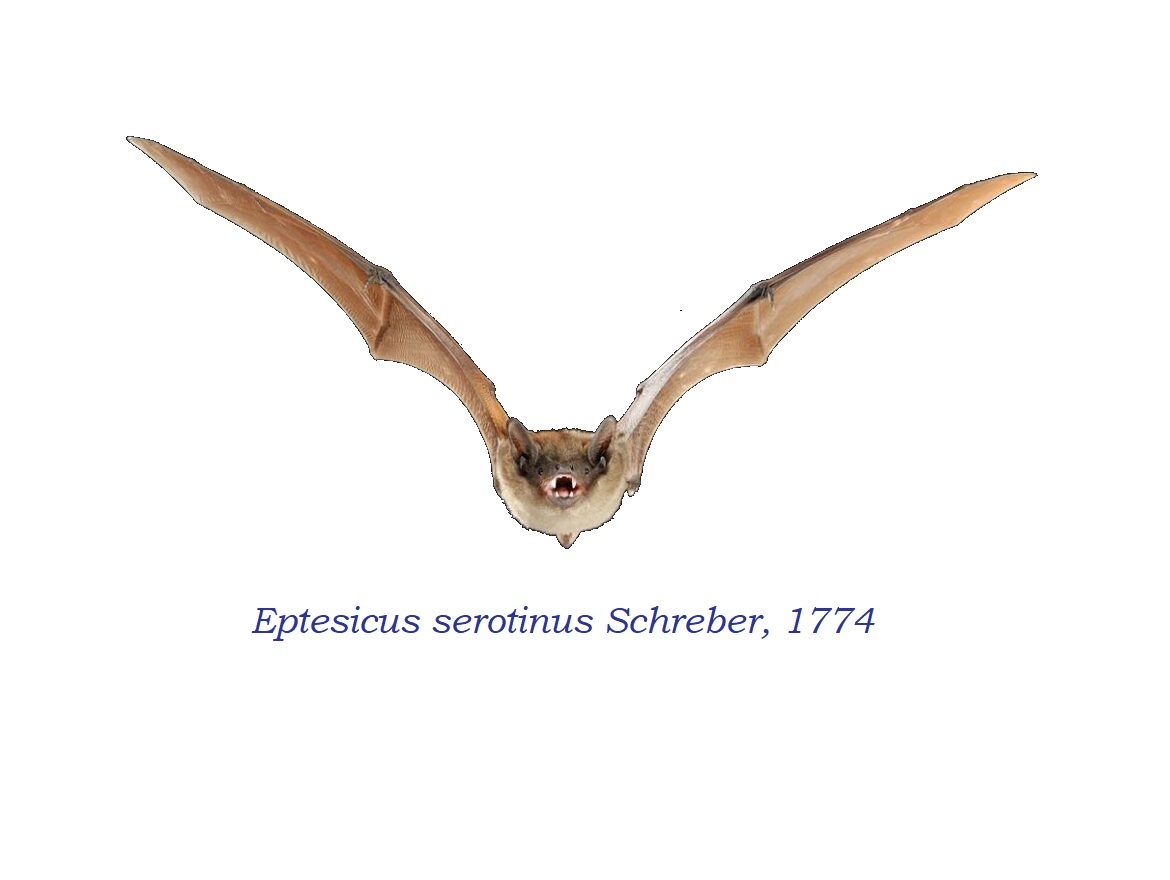 Description –
Eptesicus serotinus is a bat that has a head and body length between 66 and 92 mm, forearm length between 49 and 57 mm, tail length between 52 and 58 mm, foot length between 10 and 18 mm , length of the ears between 14 and 22 mm, with a wingspan between 32 and 38 cm and for a weight between 15 and 35 grams.
This bat is also recognized for having a long and dense fur with the dorsal parts of a brown-greyish color and the brown-yellowish or white parts with the base of the hairs darker.
It has a broad, flattened muzzle with two glandular masses on the sides and dark brownish-gray.
The ears are short, triangular in shape and dark brownish-gray in color, with a rounded tip and thickened edges.
The anterior dorsal surface and posterior lobe are covered with orange hair.
The tragus is narrow, with a rounded end and slightly inclined forward.
The wing membranes are dark brownish-gray in color and attached posteriorly to the base of the toes.
The thumb has a callus at the base.
The tip of the tail extends slightly beyond the broad uropathage. Furthermore, the calcar is long and with a very thin terminal lobe.
Eptesicus serotinus emits low duty cycle ultrasounds in the form of short duration pulses, with an initial modulated frequency of 65 kHz and final of 23 kHz.
It is also recognized for its slow, straight but agile flight. Travel up to 330 km.

Biology –
In the Serotine bat, the mating period runs from mid-August to late autumn, after the females have reached sexual maturity between 1 and 2 years of age.
The female gives birth one young at a time. This will open your eyes after a week, as you develop your final dentition at the end of the third week; the young of this species are able to fly after 4-5 weeks and become independent and autonomous after another two weeks.
In this species, the life expectancy is up to 21 years.

Ecological Role –
Eptesicus serotinus lives in shelters made up of groups of 10-20 individuals. Their shelters consist of buildings, under the beams of the roofs, in the cracks in the walls, more rarely in the hollows of the trees, in the bat boxes and in the southernmost part of the range also in the caves.
This bat, during the reproduction period, tends to form aggregations of 500 females, while the males tend to live solitary.
Arrived in the winter period, males and females enter into hibernation; physiological phase which runs from October to April in groups of up to 2-4 individuals in underground environments such as caves, tunnels, mines and cellars, more rarely among stacked logs, under roofs and in churches, with temperatures between 2 and 4 ° C and relatively dry air, being able to withstand temperatures, for a short time, down to -6 ° C.
This bat feeds on insects, especially lepidoptera, but also beetles, such as beetles, odonates, and orthoptera caught in flight or even on the ground along the edges of woods, agricultural areas, pastures, gardens and landfills. It can also capture gastropod molluscs.
Its predatory activity is divided into two peaks, the first half an hour after sunset, sometimes even with daylight and takes place no more than 1 km from the shelters, while the second is carried out just before dawn.
Regarding its conservation status, according to the IUCN Red List, this bat, considering the very vast range and abundance and despite a decline in some local populations has been observed, is still classified as a species with minimal risk (LC).