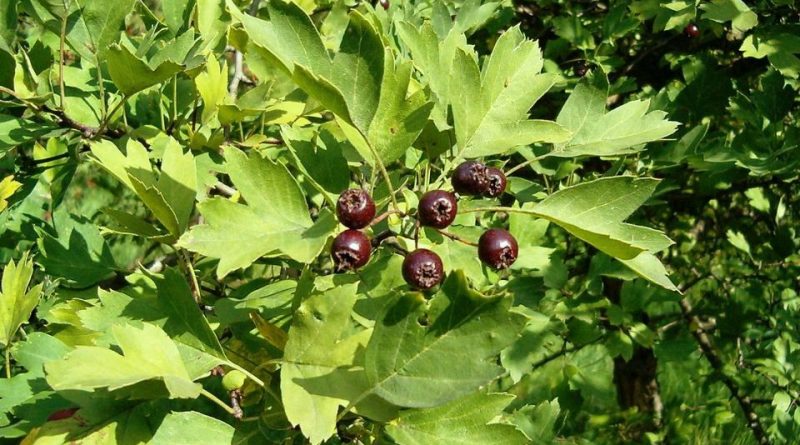 The Hungarian hawthorn (Crataegus nigra Waldst. & Kit., 1802) is an arboreal species belonging to the Rosaceae family.

Systematics –
From the systematic point of view it belongs to the Eukaryota Domain, Kingdom Plantae, Magnoliophyta Division, Magnoliopsida Class, Subclass Rosidae, Rosales Order, Rosaceae Family, Maloideae Subfamily and therefore to the Crataegus Genus and to the C. nigra Species.

Etymology –
The term Crataegus comes from the Greek κράταιγος crátaigos cratego, hawthorn (composed of κρᾰταιóς crataiós strong, robust and from αἴξ, αἰγóς aíx, aigós capra): perhaps an allusion to the fact that its thorns would keep even goats away.
The specific epithet nigra comes from black niger, due to the color of the fruit.

Geographic Distribution and Habitat –
Crataegus nigra is a plant native to a macaw that includes Czechoslovakia, Hungary, Albania and Yugoslavia and subsequently introduced in other countries.
Its typical habitat is that of the wooded areas of central and eastern Europe. 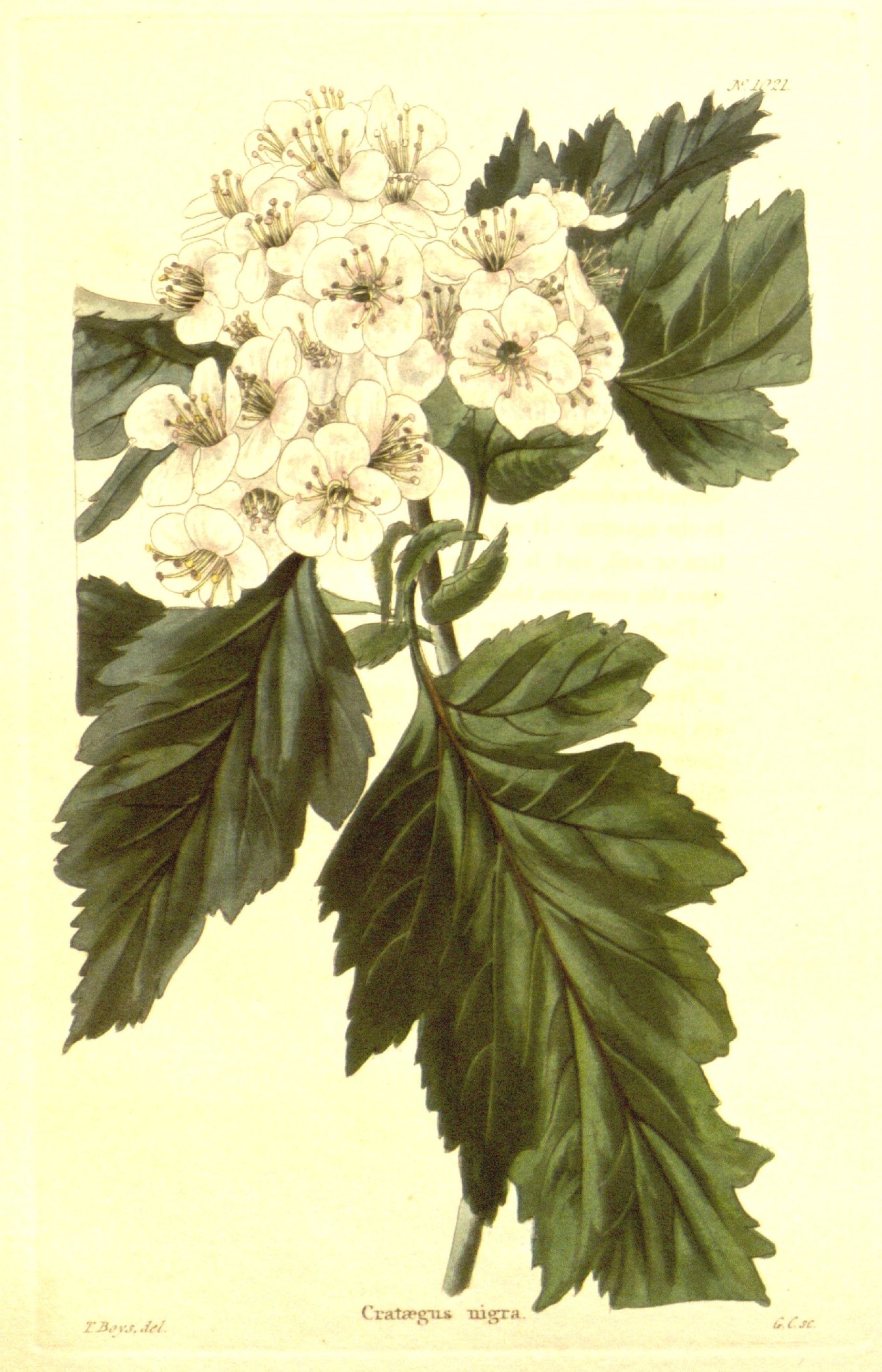 Description –
The Hungarian hawthorn is a deciduous tree that can reach 6 meters in height.
The foliage assumes a rounded shape in nature.
The branches are rather rigid and the young shoots are felted with a gray down, which subsequently becomes smoother and purplish; it bears about 1.3 cm long spines which are often however almost absent.
The leaves are triangular to ovate in shape, from cuneiform to almost straight at the base; this have a length of 4-10 cm with a width equal to two thirds of the length; they are made up of seven to eleven lobes, with the lower lobes reaching no more than half of the median rib, the upper ones less deep; furthermore, the teeth are acute and have a dull green color, with both surfaces downy; the petiole is rarely longer than 1.8 cm, very fluffy; the stipules are sharply and coarsely toothed.
The flowers are white which turn pink with age, collected in rather small corymbs. The calyx and the flower stems are gray-hairy; with twenty stamens and five styles. It is a species The hermaphrodite species pollinated by midges.
The antesis is in the period of May.
The fruit is a globose drupe up to a flattened globose belch, up to about 1.25 cm in diameter, of a bright and soft black color.

Customs and Traditions –
Crataegus nigra is a plant on which there are few mentions and scientific works on the matter.
However, the fruits and flowers of many hawthorns are known to be well known in popular herbal medicine as a heart tonic and modern research has confirmed this use. The fruits and flowers have a hypotensive effect as well as acting as a direct and gentle heart tonic. They are particularly indicated in the treatment of patients with a weak heart system combined with high blood pressure. To be effective, however, prolonged use is necessary.
The leaves, young shoots, flowers and fruits of this plant are normally used both as tea and as a tincture.
Among its edible uses, fruit is used, both raw and cooked.
Fruits have up to five fairly large seeds in the center of the fruit, these often stick together and so it feels like eating a cherry-like fruit with a single seed.
Among other uses, wood is used which is heavy, hard and fine-grained; this is useful for making tool handles, clubs and other small items.

Preparation Method –
Of the Hungarian hawthorn both the leaves, the young shoots, the flowers that can be prepared to obtain a tea or tinctures are used.
Fruit, on the other hand, can be eaten both fresh and cooked. This can also be used to prepare cakes, preserves, etc. and can also be dried for later use.