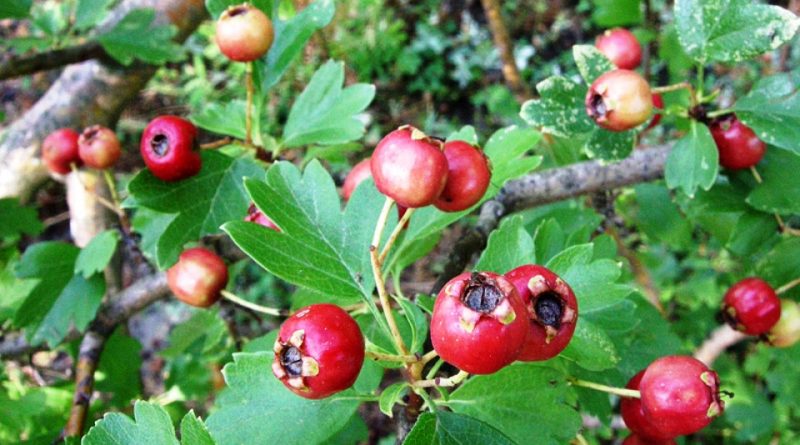 The Midland hawthorn (Crataegus laevigata (Poir.) DC.) Is an arboreal species belonging to the Rosaceae family.

Systematics –
From the systematic point of view it belongs to the Eukaryota Domain, Kingdom Plantae, Magnoliophyta Division, Magnoliopsida Class, Subclass Rosidae, Rosales Order, Rosaceae Family, Maloideae Subfamily and therefore to the Crataegus Genus and to the C. laevigata Species.
Basionimo is the term:
– Mespilus laevigata Poir ..
The term is synonymous:
– Crataegus oxyacanthoides Thuil ..

Etymology –
The term Crataegus comes from the Greek κράταιγος crátaigos cratego, hawthorn (composed of κρᾰταιóς crataiós strong, robust and from αἴξ, αἰγóς aíx, aigós capra): perhaps an allusion to the fact that its thorns would keep even goats away.
The specific laevigata epithet comes from honed, smooth, from levigo / laevigo to smooth, making it smooth in reference to some particularly smooth organ characteristic of the plant.

Geographic Distribution and Habitat –
The Midland hawthorn is a species with a prevalently European distribution with a sub-Atlantic-sub-Mediterranean tendency.
In Italy it is present spontaneously in all regions except perhaps in the Aosta Valley and Sicily.
Its habitat is that of oak-hornbeam and recolonization shrubs on fresh, deep, more or less leached soils and therefore subacid even if rather rich in bases and nitrogen compounds, with optimum in the sub-Mediterranean belt. 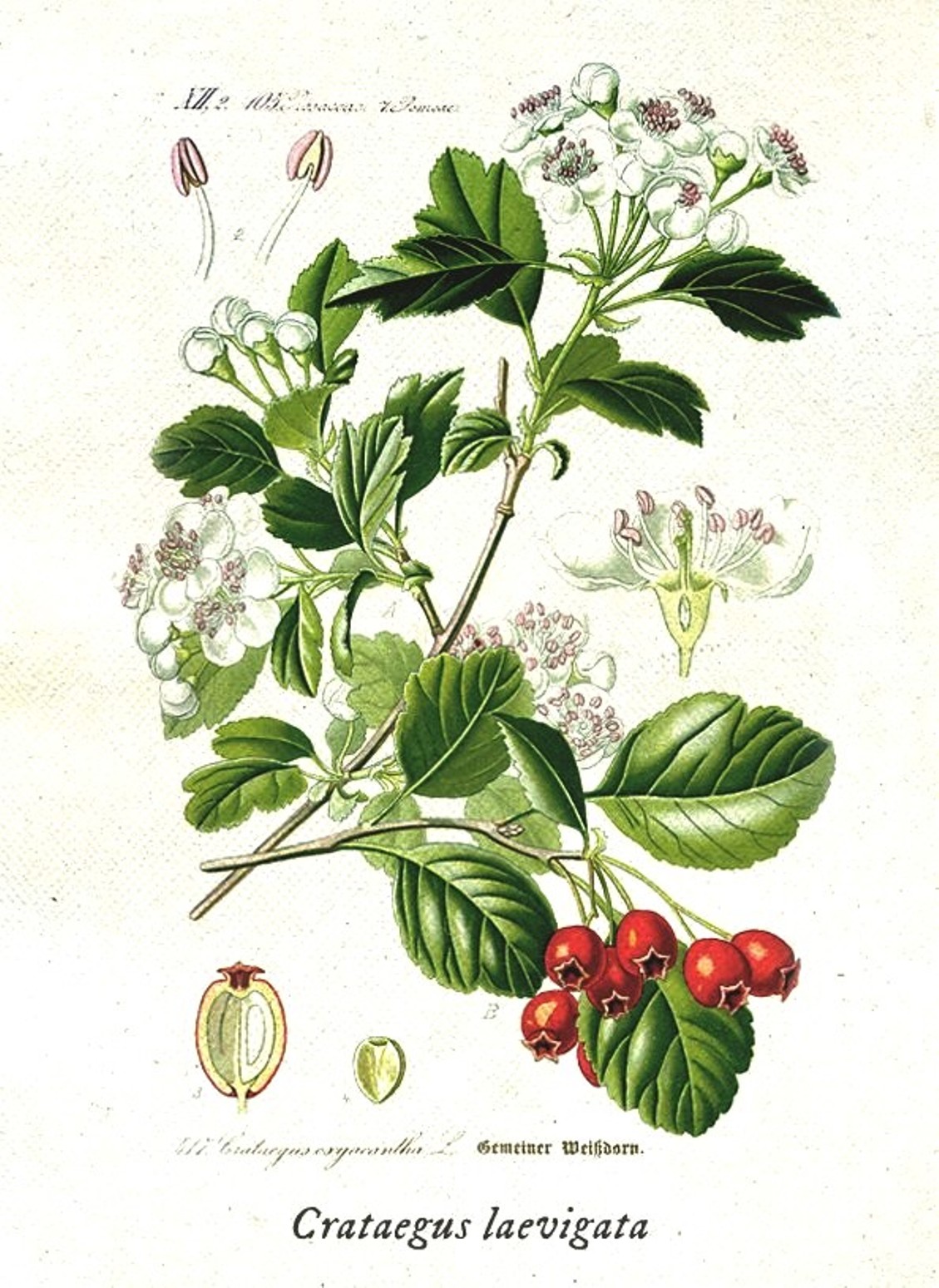 Description –
Crataegus laevigata is a plant in the form of a large shrub or small tree that grows up to 8 meters and more rarely up to 12 meters in height, with a dense crown.
The leaves are 2-6 centimeters long and 2-5 centimeters wide, with two or three superficial lobes facing forward on each side of the leaf.
The flowers are hermaphrodites and are grouped in corymbs from six to twelve; each flower has five white or pale pink petals and two or sometimes three styles. The flowers are pollinated by insects.
The fruits (false fruits because other floral parts participate in their growth in addition to the ovary) are apples grouped in clusters, ellipsoidal, with a Ø of 8 ÷ 10 mm, red, glabrous, crowned at the apex by the residues of the laciniae calicine, which they delimit a small depressed circular area. They contain 2 ÷ 3 yellow-brown bone cores, dorsally and ventrally furrowed, 6.2 x 4.5 mm.

Cultivation –
Crataegus Laevigata is a rather rustic plant that does not require particular cultural care.
It prefers sunny or semi-shaded positions; most of the species do not fear the cold. They are very vigorous and robust trees and shrubs, resistant to bad weather and pollution, in fact they are often used in road trees. Obviously the different exposure conditions will influence the growth of the plant and its leaf development. With a sunny exposure the hawthorn will have greater strength and will produce a more luxuriant flowering.

Customs and Traditions –
The Midland hawthorn is distinguished from the common hawthorn, with which it is closely related (Crataegus monogyna Jacq., 1775) in the leaves that are only slightly lobed, with lobes facing forward, and in the flowers that have more than one style. Each stylus produces a seed, so its fruits also have more than one seed and these make them slightly oval, in contrast to the single-seeded and therefore round fruits of the common hawthorn. The two species hybridize, giving rise to Crataegus × media.
However, Crataegus laevigata has similar characteristics and needs and is very resistant to pollution and is suitable for use in an urban environment, but also for small spaces and even poor soils.
It is also a melliferous plant that is foraged by bees but only rarely can a monofloral honey be obtained, because it is usually found in the minority compared to other plants in the area.
The leaves and fruits, edible but insipid, have medicinal properties, in the same way as Crataegus monogyna.
The main use is as an antispasmodic and sedative, particularly in cases of heart and nervous disorders.
The active ingredients contained in the plant are:
– flavonoids including hyperoside and vitexin;
It also contains triterpene compounds including ursolic acid, amines and sterols, tannin and purine derivatives.
It has a coronary dilating, vasodilating action of the abdominal and coronary blood vessels, positive inotropic action, saving of oxygen consumption by the heart muscle, modulation of the intracellular concentration of calcium, sedative on the central nervous system, decrease in heart rate.
The reddish, hard and compact wood is used for lathe work and for the production of charcoal.

Preparation Method –
In addition to the preparation of infusions, through the use of flowers, leaves or flowering ends, the fruits of this plant can be used for the preparation of jams, but since they do not have a particularly pleasant taste (the consistency is floury and the vague and poorly formed flavor), it is best to always use them in association with other berries.