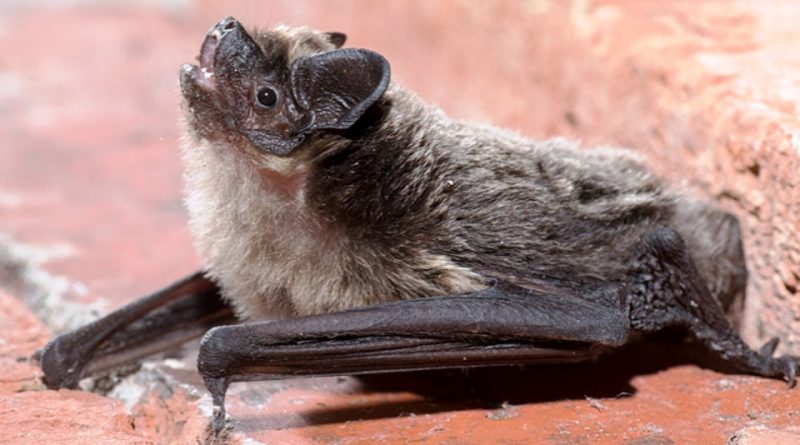 The Parti-coloured bat (Vespertilio murinus Linnaeus, 1758) is a bat belonging to the Vespertilionidae family.

Geographic Distribution and Habitat –
Vespertilio murinus is a bat widespread in the Palearctic Ecozone and present in northern Europe (Great Britain; southern Norway and Finland; Sweden just beyond the 65th parallel; Russia right up to the 60th parallel), central and south-eastern; Eastern France, Switzerland and north-eastern Italy; from Europe it goes into Palearctic Asia up to the Sea of ​​Japan, approximately between the 35th and 60th parallel to W and the 45th and 55th parallel to E.
In Italy it has been reported in Lombardy, Trentino-Alto Adige, in the Province of Belluno and in northern Friuli Venezia Giulia.
The northernmost populations can carry out estimated migrations up to about 1,780 km away.
Its habitat is that of broad-leaved deciduous forests, scrubs, steppes, urban areas and crops up to 3,400 meters above sea level. In the southernmost part of the range, it prefers mountainous areas. 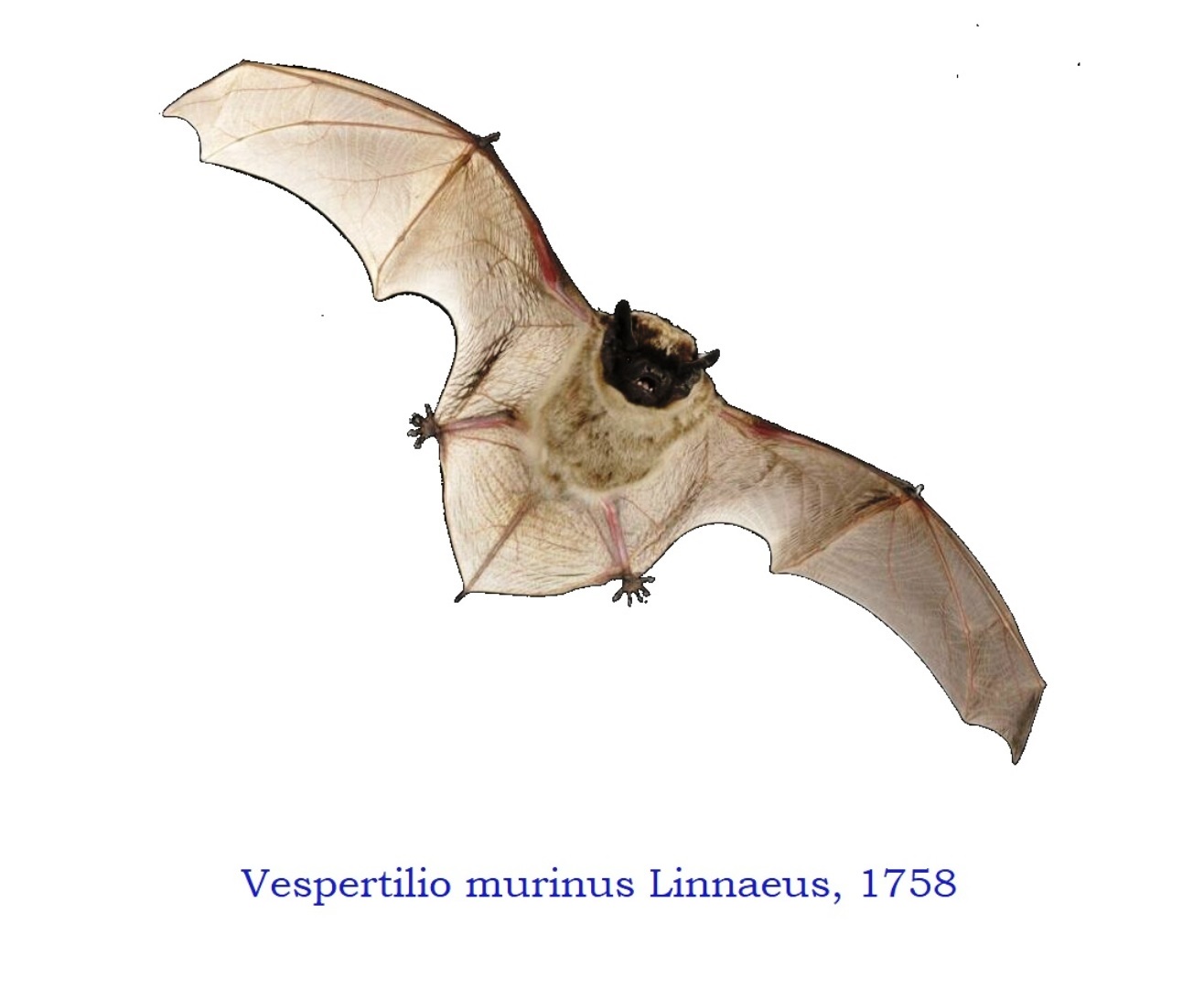 Description –
The Parti-coloured bat is recognized for having a head-body length between 54 and 66 mm, a forearm length between 41 and 50 mm, tail length between 37 and 48 mm, foot length between 8 and 10 mm, ear length between 12 and 16 mm, with a wingspan of up to 31 cm and for a weight of up to 20 g.
This bat has a long and thick fur with a general grizzled body color, mainly due to the whitish color of the blackish-brown hair tips; the flanks of the belly and the throat are entirely white.
The muzzle is blackish-brown in color.
The eyes are small, the ears short, wide, triangular, with the rear edge extending at the base, through the antitragus, to the rear corner of the mouth.
The tragus is short, with the tip rounded and bent forward.
The wings have a narrow conformation and are attached posteriorly to the base of the toes.
The tip of the tail extends slightly beyond the broad uropathage.
The limestone is long and is provided with a well developed fairing.
Females have two pairs of breasts.
As for the echolocation, this bat emits low duty cycle ultrasounds with long duration pulses at an initial frequency of 55 kHz and final at 23 kHz. It also makes a shrill sound audible to humans, particularly while feeding.

Biology –
In Vespertilio murinus, births occur in the period between June and early July, a period in which the females give birth to 2 to 3 young at a time. The gestation period lasts between 40 and 50 days.
The weaning period lasts about 6-7 weeks.
In this bat, sexual maturity is reached after one year and the life expectancy is up to 5 years.

Ecological Role –
The Vespertilio murinus lives solitary, or in small groups, in shelters that it finds in the rock crevices and crevices, in the slits of the buildings, under beams and shutters and in the cavities of the trees; in winter it takes refuge in buildings, in rocky crevices and more rarely in underground sites; it also adapts to bat-boxes.
This mammal hibernates in the period between October and March in environments with extremely low temperatures, down to -2.6 ° C and humidity between 47 and 72%.
Here it forms nurseries composed of 10 to 100 females and their young, while the males are solitary or grouped up to 100 individuals.
This bat preys upon the arrival of the late evening hours and is recognized by a rapid, straight flight carried out very high about 20 meters above the ground. Its preys are small insects and sometimes beetles and moths, caught above ponds or around artificial light sources.
According to the IUCN Red List, this mammal, given its large population and vast range, is considered as a species with minimal risk (LC). No population decline has been detected and there are no known widespread threats.