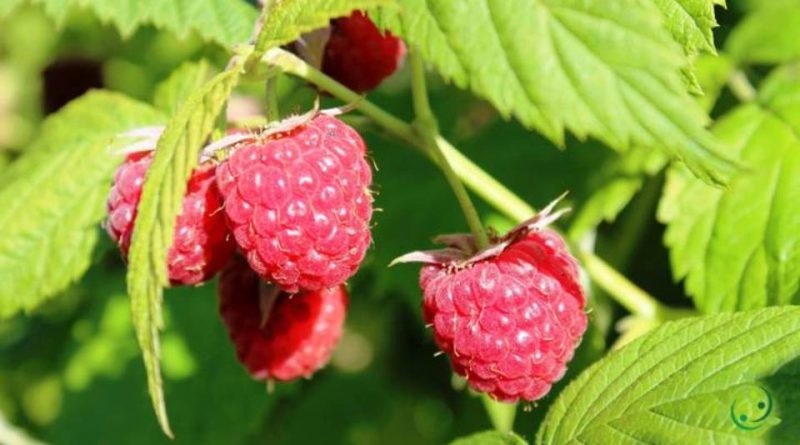 The red raspberry or European raspberry (Rubus idaeus L., 1753) is a shrub plant of the Rosaceae family.
Before delving into the method of propagation, it must be pointed out that raspberries can be divided into two large groups of varieties: the uniform varieties and the biferous varieties.
Uniform varieties are those that produce only once a year mainly on the shoots of the previous year.
The biferous (or remontant) varieties are those capable of producing both on the branches of the previous year (June-July) and on the suckers of the year (September-October) even if, preferably, these varieties are generally cultivated for the sole autumn production thus favoring the quality (size) of the fruit.
In addition there are red or yellow berried varieties.

Multiplication –
The raspberry is a plant that can be propagated both by seed and by division of the tufts.
In the vegetative propagation it should be taken into account that the raspberry produces from the roots, annually, many suckers, but each one lives two years; it is therefore a biennial plant.
The suckers produce fruit in the second year in July-August, after which they dry out and must be cut.
The vegetative propagation takes place, separating the young basal suckers from the mother plant and putting them to root in a substrate not very rich in organic substance, possibly very soft and sandy. This will allow to form a good root system.
Once the suckers have formed a good root system, they can be planted considering that, if you have to do a cultivation with more plants, these should be placed in rows with a distance of about 2 m on the rows and about 70 cm between the rows.
In addition, the plants must be raised with stakes or support posts.
Furthermore, before planting it is recommended to carry out, in the autumn period, a basic fertilization based on mature manure or other well-humified organic substance; for the detailed cultivation technique, see the following sheet.
Raspberries grown in pots can be planted all year round.

Cultivar –
Among the cultivars, the unifere and the biferae are obviously distinguished:
– among the unifere cultivars we remember: Glen Moy (precocious), Canby (without thorns for industry), Fairview (with conical fruits, rustica), Glen Prosen and Summer (for freezing), Titan (with large fruits, conical).
– among the two-leaved cultivars are worth mentioning: Ruby (suitable for all environments), Heritage (very productive), Rossana (late and with fruits very resistant to transport, suitable for particular environments).