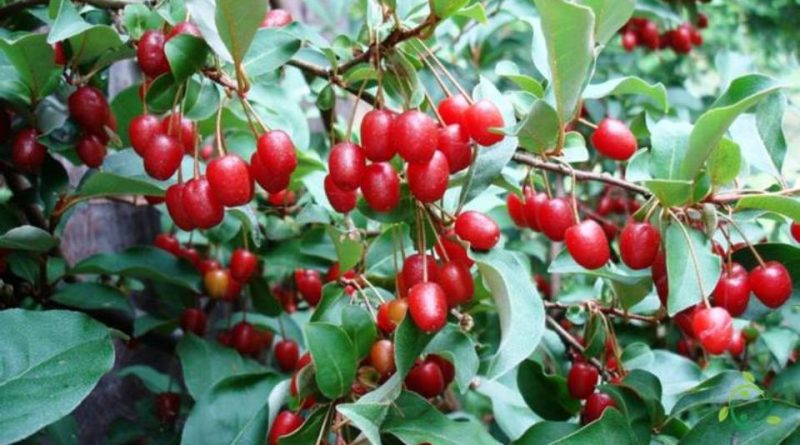 How the Cherry elaeagnus is grown

The Cherry elaeagnus (Elaeagnus multiflora Thunb.) Is a plant native to East Asia, which has then spread to all temperate regions, so much so that this species is occasionally cultivated in Europe and North America as an ornamental plant and for its fruits ; moreover, it is an exotic plant also established in some parts of the eastern United States.
This deciduous shrub, particularly vigorous, is resistant to both intense cold and drought, adaptable to any climate and temperature, from the sea to the mountains, easy to grow.
Even if it is a rustic plant, it should not be forgotten that some precautions allow for healthier and more productive plants.
Let’s start with the lighting conditions.
The Cherry elaeagnus needs good exposure and sunlight to grow to the best of its ability; for this reason it is advisable to choose a well-lit location without shading from other plants.
With reference to the soil conditions, it is good that this plant should be grown on slightly acidic and fertile soils even if it adapts to any type of soil, from stony and arid to humid ones.

Furthermore, since its roots tend to accumulate and release nitrogen in an assimilable form (growing in symbiosis with the actinobacterium Frankia present in the soil), this characteristic makes it a plant capable of fertilizing the soil, for the benefit of other nearby plants. .
Since it is a shrub with vigorous but disordered growth, this requires a careful pruning technique, to be carried out in the winter, for containment and thinning; which is less necessary if the plant has a lot of space available.
If, therefore, it is necessary to intervene, it is good to remove the oldest branches in favor of the new ones and among the latter choose the most robust, but which are also the shortest. In fact, if we were to shorten the branches, cutting off the tip, this would lead to a heavy globalization of the shrub with the possible formation of new long vegetations that may not carry flowering buds.
As for the irrigation needs, only young plants should be watered and in case of drought.
Fertilization must be done according to the type of soil. In organic and rich soils the plant should not be fertilized; in poor soils, only a minimal organic fertilization of the plant could be expected.
Once harvested, the fruits can be easily stored for a couple of weeks and are usually eaten fresh, but they are also excellent for preparing jams even if the presence of seeds creates some difficulties.
Among the adversities, we recall the possibility of attacks by the oziorrinco and sporadic attacks of aphids.