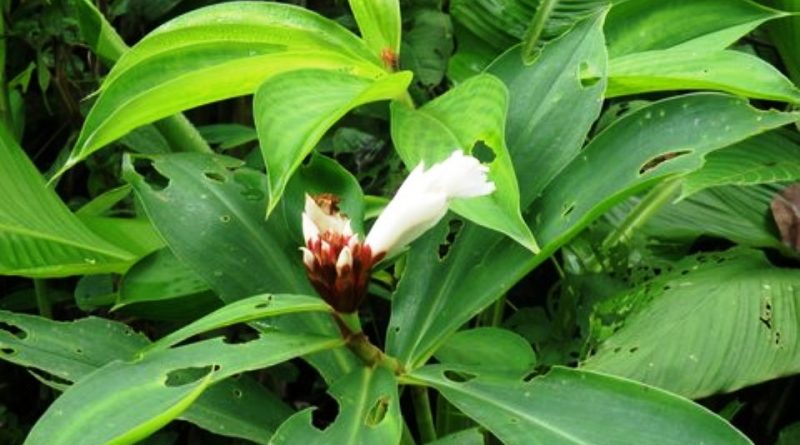 Etymology –
The term Cheilocostus comes from the Greek χεῖλος cheílos lip, referring to the shape of the flower, and from Costus, in turn derived from costum, the Latin name (Pliny) with which the roots of Saussurea costus were known in ancient times; name perhaps derived from the Hebrew koshet (Sanskrit Kushtha) through the Greek κόστος kóstos (Strabo) or κόστον kóston (Theophrastus).
The specific epithet speciosus comes from spécies beauty: good-looking, showy, elegant.

Geographic Distribution and Habitat –
Cheilocostus speciosus is a plant native to Southeast Asia, China and the Indian subcontinent, Myanmar, Thailand, Cambodia, Laos, Vietnam, Malaysia, Indonesia, Philippines, New Guinea, Northern Australia. It is especially common on the Greater Sunda Islands of Indonesia.
He is also reportedly naturalized in Mauritius, Réunion, Fiji, Hawaii, Costa Rica, Belize, Melanesia, Micronesia, and the West Indies.
The habitat of this plant is, frequently, that of the ditches along the roads and the low areas in the tropical forests and in the disturbed thickets, from humid to wet, at altitudes between 50 and 200 meters. 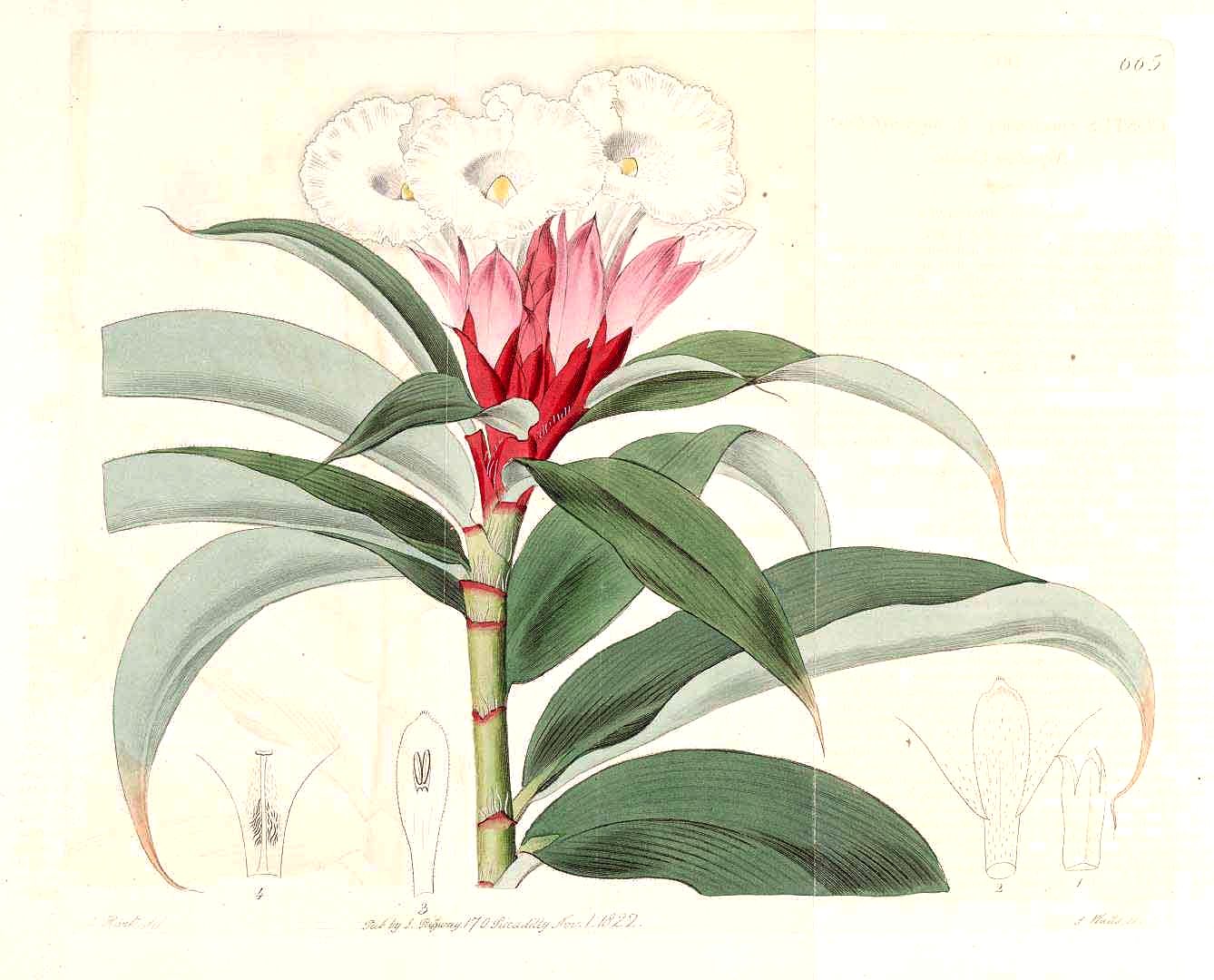 Description –
Cheilocostus speciosus is a perennial herb that grows up to 3 meters tall from a tuberous root.
The leaves are lanceolate, of an intense green color and arranged in a single spiral row. The leaves and stems are velvety.
The flowers are bisexual, beautiful, large and white with a yellow center. It is a hardy plant and is easily propagated by dividing rhizomes or cuttings. It is suitable as an ornamental plant for borders or as a screen.
Flowering begins after the rainy season begins.

Cultivation –
Cheilocostus speciosus is a widely cultivated plant as an ornamental. It is also collected in nature for local medicinal and food use. It is sometimes grown for medicinal purposes in India.
It prefers a shady location in moist and fertile soil but tolerates soils impregnated with water. The plant escaped cultivation and has naturalized in several areas, spreading by means of its seeds dispersed by birds.
The species reproduces agamically by rhizome and the birds disperse the seeds when they feed on the fruits.

Customs and Traditions –
Cheilocostus speciosus is also commonly known by the scientific name of Costus speciosus or Hellenia speciosa.
The plant also has many common names in many languages, including isebsab (Palauan); keu, kemuk or keumul (Bengali); keukand (Hindi); thebu (Sinhala); pakarmula (Gujarati); pushkarmula (Marathi and Sanskrit); jom lakhuti (Assamese); kostam (Tamil); Kosta (Kannada); Kostamu (Telugu); Okchak Khombi (Manipur) sumbul (Mizo); setawar (Malay).
The plant has many historical uses in Ayurveda medicine, where the rhizome has been used to treat fever, rashes, asthma, bronchitis and intestinal worms. It is mentioned in the Kama Sutra as an ingredient in a cosmetic to be used on the eyelashes to increase sexual attractiveness. It is used to treat kidney problems and other urinary problems in traditional Mizo medicine. It was used as a traditional medicine by the Malays when evil spirits had a body, as well as for the treatment of high fever, smallpox and as a purgative.
The rhizome is acrid, anthelmintic, aphrodisiac, astringent, bitter, purifying, expectorant, febrifuge, purgative, refrigerant and tonic. It is used in the treatment of conditions with a burning sensation, constipation, leprosy, worm infection, skin diseases, fever, asthma, bronchitis, inflammation and anemia.
The sap from the leaves and young stems is used medicinally.
Among other uses, it should be remembered that the plant is grown near houses as a protection from lightning.

Preparation Method –
In addition to medicinal uses, the rhizome is used after boiling or steaming it and then eaten as a vegetable. Likewise, tender sprouts are also cooked and eaten.
Fruits are eaten occasionally.