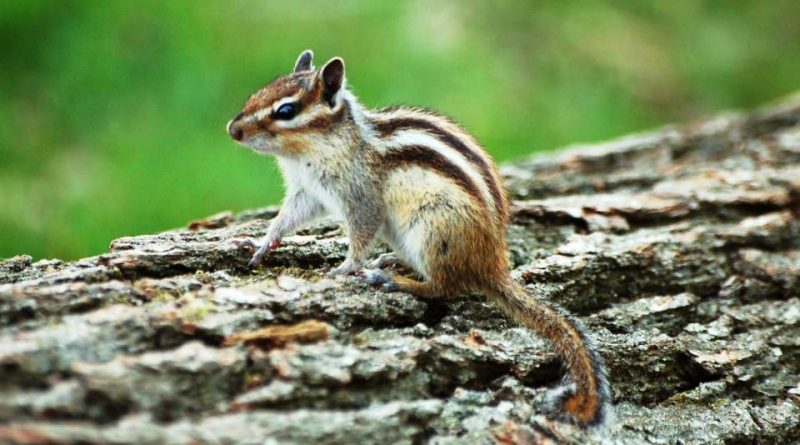 The Siberian chipmunk (Tamias sibiricus Laxmann, 1769) is a rodent belonging to the Sciuridae family.

Geographic Distribution and Habitat –
The Siberian chipmunk is a mammal that has origins in an area ranging from Russia to the east of the Urals, to north-central China: it also lives on the island of Hokkaido in Japan.
This rodent, also bred as a pet, has fled to areas where it was not previously present, such as in various areas of Europe. Today we find it in its natural state, therefore there are isolated populations in Germany, France and Benelux. In Italy, the species has been reported in the following cities: Gorizia, Martignacco (UD), Padua, Bussolengo (VR), Belluno, Bolzano, Trino Vercellese (VC), Genoa, Valeggio sul Mincio and Rome.
Its natural habitat ranges from desert areas to coniferous forests located at high altitude, from birch or deciduous forests to bushy areas. It adapts well to life in anthropized environments, such as public and private parks and gardens. 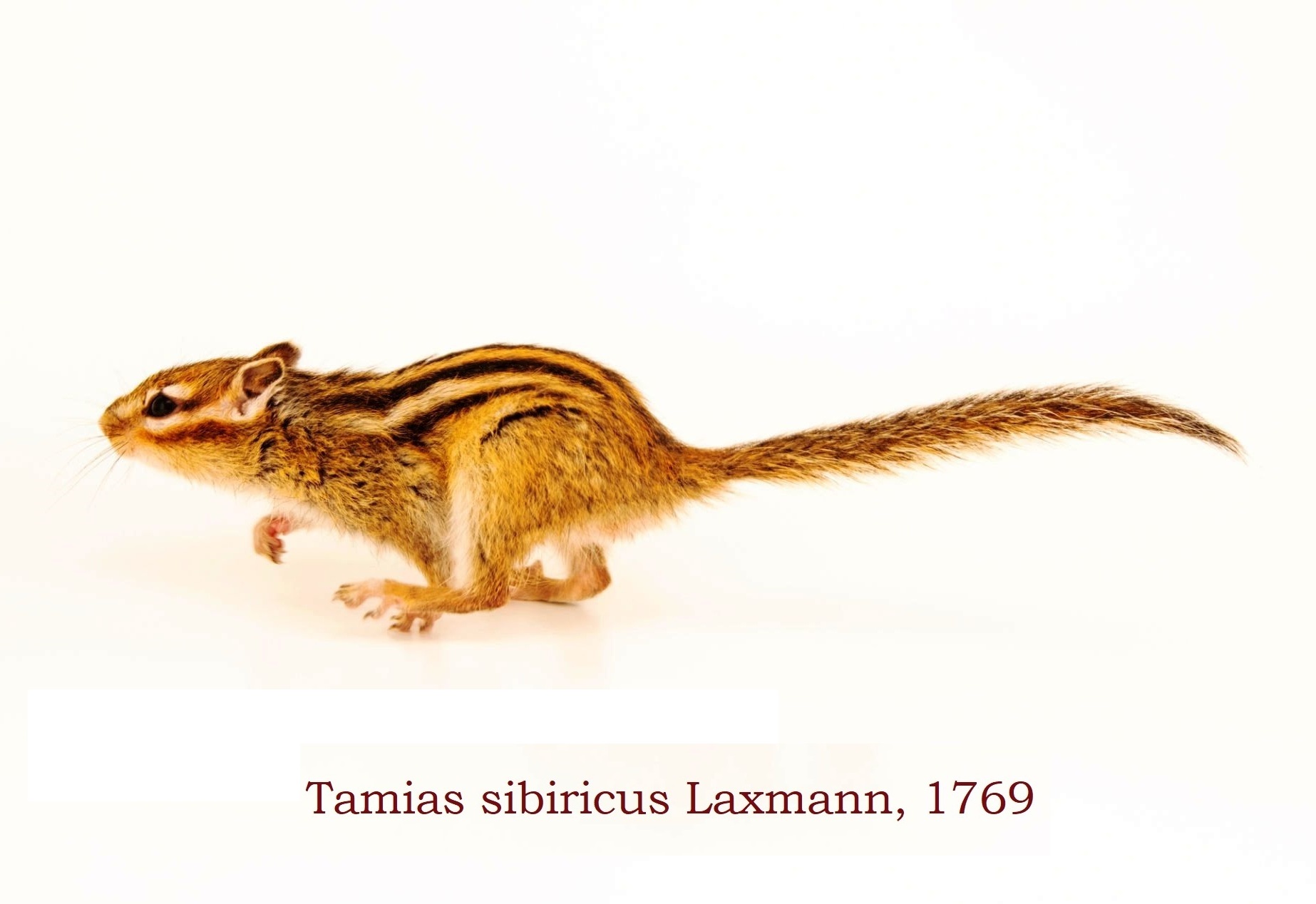 Description –
Tamias sibiricus is a mammal up to 17 cm long, of which 8-11 cm are of tail length for a weight that can reach 125 grams.
The coat is represented by a short, brownish hair on the back, with two more grayish bands on the sides and five characteristic dark stripes on the back: these stripes vary in tone (from blackish to dark reddish brown) depending on the population of the animal taken into consideration.
The belly and throat are white or cream in color.
The tail is also reddish-brown in color and is divided by three darker lines. The dense and soft coat is subject to moulting every year: in summer for males and in spring for females.

Biology –
The Siberian chipmunk, during the winter, hibernates, after having spent the autumn accumulating food reserves inside its den.
Once the period between spring and summer has come, the female goes into estrus and becomes less territorial, allowing the male to mount her.
The gestation period lasts a little less than a month, at the end of which up to 10 cubs are given birth in a well-lined room with dry leaves and grass stems; moreover in the years in which the food is abundant, the female can again go into estrus some time after the birth, thus being able to give birth and take care of a new brood. The puppies become independent between the second and the third month of age: however, they do not reach sexual maturity before the year of life.
In nature, this rodent lives about 4 years, while in captivity its longevity is greater and can reach up to 10 years.

Ecological Role –
The Siberian chipmunk, which is very often confused with the congener and allied Tamias striatus or American chipmunk, to which it resembles a lot, is a rodent mammal mainly diurnal, with activities in the morning and in the evening, while it usually avoids going out of the den during the central hours. of the day.
In nature, each animal defines its own territory (that of females usually has a greater extension than that of males), which it marks with odorous signals to claim possession and discourage any intruders from entering it.
It is a very lively animal with grace in its movements and with excellent climbing skills, even if it spends most of its day on the ground.
At night it rests in tunnels that it digs into the ground and which can reach 2.5 m in radius and 1.5 m in depth. The galleries have a single entrance hole and several rooms used as latrines and food pantries. The rest of the tunnel, used for everyday life, is always kept clean.
The diet of this squirrel is omnivorous; in fact, it feeds on various seeds and nuts, even if occasionally it eats insects and fruit (raspberries, blackberries, strawberries and blueberries are very welcome).