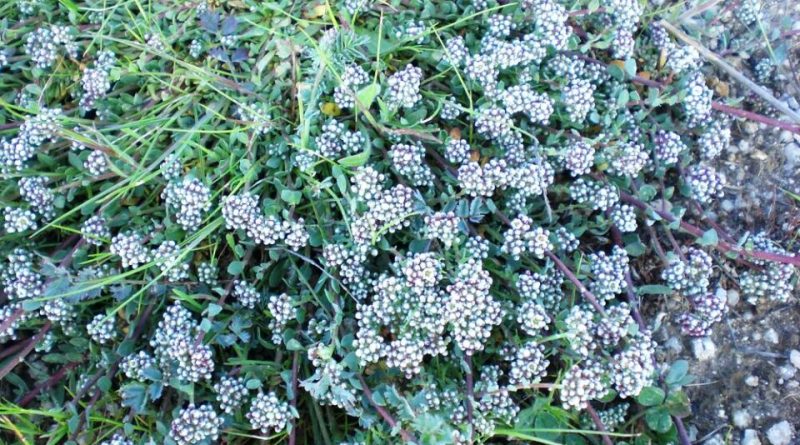 Etymology –
The term Corrigiola is the diminutive of corrigia, strap, whip, whip.
The specific epithet telephiifolia comes from the genus Telephium which, in turn, comes from the Greek τηλεφιον telephion portulaca, porcelain (in Galen) and perhaps this from Τήλεφος Telephos, son of Hercules and king of Misia who would have discovered its medicinal properties and from the term folium leaf: therefore with leaves similar to those of a Telephium.

Geographic Distribution and Habitat –
The Strapwort is a species with Mediterranean distribution with a western center of gravity, from Portugal onwards and throughout North Africa which is present in Italy, in particular, in Corsica, in Sardinia and in some islands of the Tuscan Archipelago (Elba, Giglio) .
Its habitat is that of the siliceous maritime sands along the coasts. 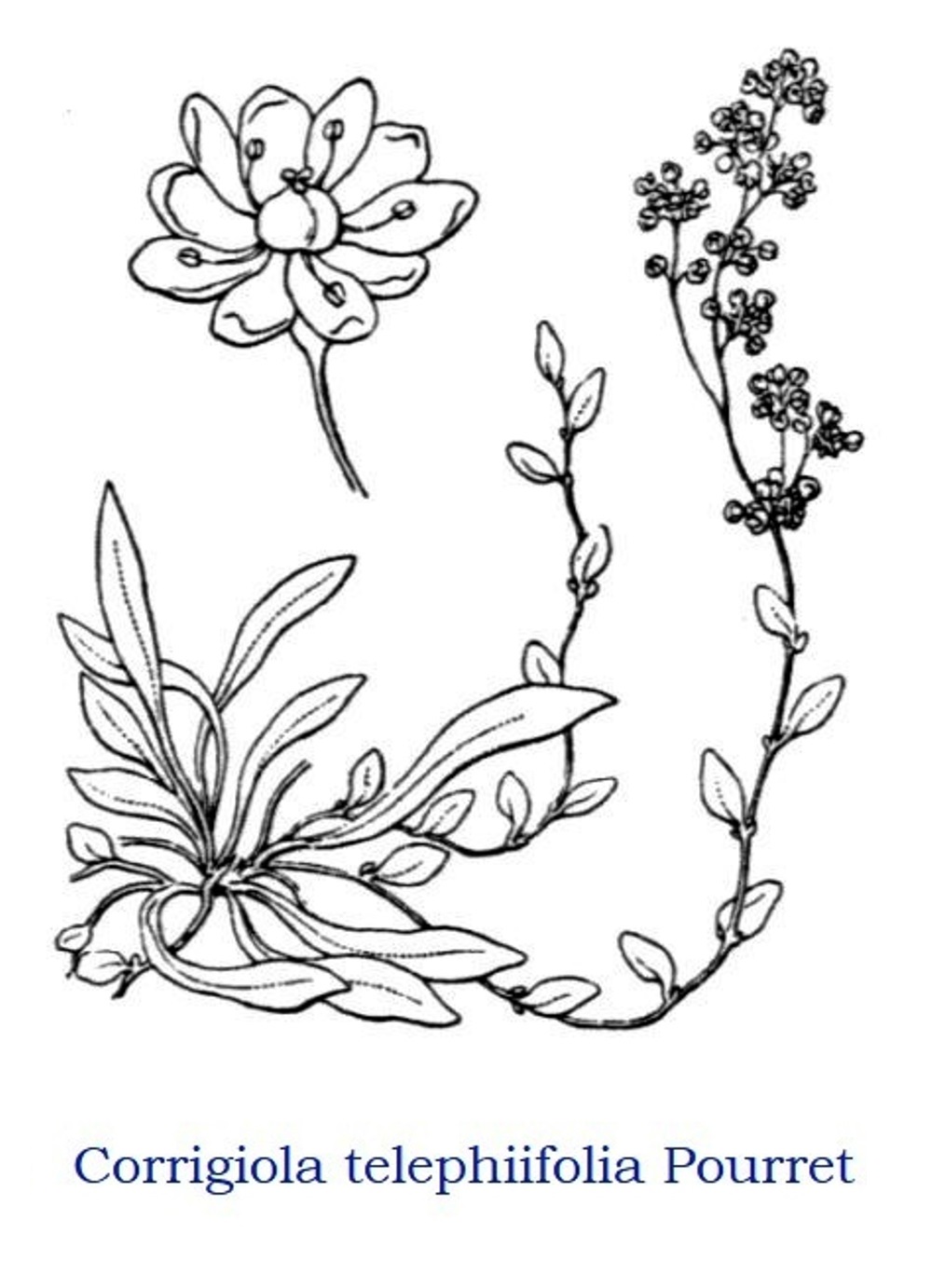 Description –
The Strapwort is a herbaceous plant, which then becomes woody, with a creeping habit or a few cm in height when fully flowering.
The leaves are obovate or oblong and thick.
The flowers are carried in clusters, whitish in color, racemically arranged at the ends of the bare branches.
The antesis is in the period of April-August.

Customs and Traditions –
This plant was used, especially in the past, in traditional Mediterranean preparations and has many traditional uses especially in the treatment of diabetes.
Research was conducted to evaluate the antidiabetic effect of the aerial parts of the aqueous extract (APAE) of Corrigiola telephiifolia on both normal and streptozotocin-induced (STZ) diabetic rats treated at a dose of 5 mg / kg for fifteen days. In addition, histopathological changes in the liver, morphometric analysis, oral glucose tolerance test (OGTT) in normal rats and preliminary phytochemical screening for various components were performed.
According to some oral glucose tolerance tests, C. telephiifolia (5 mg / kg) has been shown to significantly prevent the increase in blood glucose levels in normal rats treated 30 minutes after glucose administration compared to the group of control. Furthermore, the liver architecture of the diabetic rats treated with C. telephiifolia was improved compared to the liver architecture of the untreated diabetic rats. Regarding the preliminary phytochemical screening of C. telephiifolia, several compounds such as polyphenols, flavonoids, saponins, mucilages and terpenoids have been found. Ultimately the results would lead to demonstrate that the aqueous extract of C. telephiifolia has a significant anti-hyperglycemic activity.