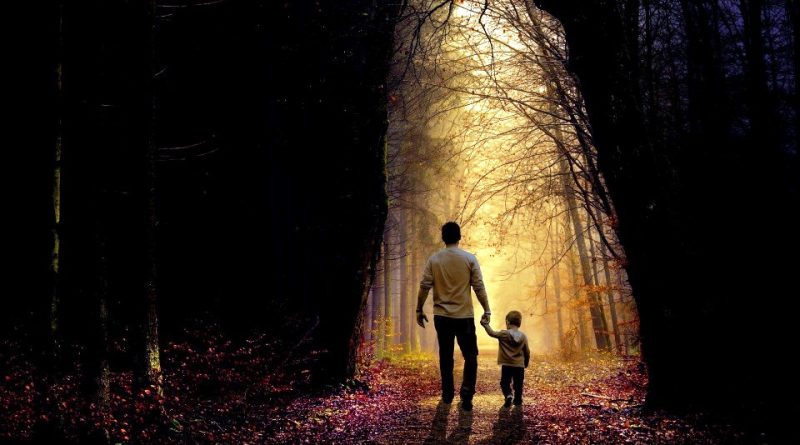 Naturocene – The only way to humanity

Geochronology has taught us to divide the age of the planet Earth into geological eras.
An era represents the time elapsed during the formation of the rocks that make up the corresponding herathema *. According to geologists, the era we live in is that of the Quaternary (or Neozoic) which is the most recent and third and last geological period of the three periods that make up the geological era of the Cenozoic.
According to the Orthodox school, an era is, therefore, that historical period of the earth, lasting millions of years, which characterize, to put it briefly, the rock formations and the interactions between these and the forms of life that progress in the meantime. .
Then, in a period between 250,000 and 200,000 years ago, Man appeared, that is, that creature, as we know it today, endowed with anatomical characteristics identical to today’s man and with an artistic and spiritual culture.
The characteristics and history of humanity have seen, with the slow progress of history, cultures, philosophies and scientific discoveries, a progressive incidence of this creature on the balance of the planet, so much so that the biologist Eugene F. Stoermer to adopt the term of Anthropocene; term adopted in 2000 by the Nobel Prize for Chemistry Paul Crutzen and by Stoermer himself in a note that appeared in a newsletter.
Here we note the first substantial difference: the epochs hypothesized and studied so far were mainly based on geological factors; the anthropocene on mainly biological factors.
It is as if, in a nutshell, the Planet, from the moment of the appearance of the first Man, had started a slow, but ever faster process of interference and connections up to the present day.
Without reiterating all the emergencies and imbalances that human “civilization” has generated for the planet and therefore for itself, we can see, without a shadow of a doubt, that in this direction we are not going and cannot go anywhere.
Estimates based on projections of complex algorithms do not give much credit to the future of humanity if this, with difficult decisions and consequential behaviors, does not change direction with diligent concern.
Here, to the detriment of any possible partisan speculation (see great economic and power interests), the direction and the way to go are not multiple but only one: to be in sync with the laws of Nature.
In this sense it is as if we had to polarize the frequencies of human history with those of nature on a single plane, creating, in fact, a new biogeological era: the Naturocene.
An era in which the dynamics of the two systems move on the same plane, certainly not bringing the planet back to ancient equilibrium (remember that history is an evolutionary process) but to a long phase of dynamic stability.
The substantial novelty of this aspect is that the decisions, the orientations, the actions to be adopted, can no longer belong to the politics of a single country or a Governor or groups of power: the decisions will have to be taken (as is already being done timidly amid a thousand difficulties and pressures) on the basis of codes that no longer belong to human ideologies, as was the case for better or for worse, to name one, the Enlightenment, but on foundations of an ecological nature and sociology applied to these.

The current ideological crisis is linked to the end of that energy which, especially in the last two centuries, had determined the schools of thought of both the West and the East. Right and historical Left, even with all the differences, even with all the necessary separations, were children of the same tree: the tree of materialist anthropocentrism.
A tree that has generated a civilization that has exhausted its energies, its points of view and even its solutions.
Today’s civilization is unable to find solutions to itself: it is as if I were asking a computer structured on the mathematical language of sets and on the logic of propositions (the foundation of modern mathematical language) to begin to “process” by changing its language; it’s impossible.
The future therefore belongs to those who already know how to interpret the logic of Nature by adopting suitable social and political criteria.
A Nature that wants to be known to transmit its great Wisdom and Wisdom to humanity.
A Nature based on a language completely different from the economic and political logics set up in recent times.
Constantly unsuccessful economic policies and logic because, to the point where we have arrived, the interference of the Anthropocene is so strong that it does not allow solutions along ancient roads.
From agriculture, to industry, to services, to social relations, there is nothing that has been thought of in recent decades that corresponds to the “rhythms” of Nature.
In the rhythms of Nature we find true wealth and well-being and the increasingly evident lies that the “industrial and mercantilistic” model of life is the only one to guarantee social development and wealth, are no longer enough to guarantee and support any political ideology.
Words like competition, market, efficiency, and so on, take on completely different meanings and canons in natural systems. Systems based on sharing, sharing, correlation, mutual aid; systems with a mathematical language completely different from those adopted by the primitive man of the Anthropocene.
An historical era is over and we must be wary of those who still propose ancient roads or, even worse, jump into an unthinkable future where Nature is not the center.
We don’t have much time, history promptly asks us for a decision and the solution of the equation of life: an equation that will not be solved with a technological acceleration or with a mechanistic future. The unknown is already within the canons of Nature and with each passing day it is increasingly clear and evident.
By applying it we will solve the Theorem of Life. The Natuorcene, despite incredible difficulties and changes, is there waiting for us.

* Total stratigraphic unit deposited during a certain period of time corresponding to an era in the geological time scale.