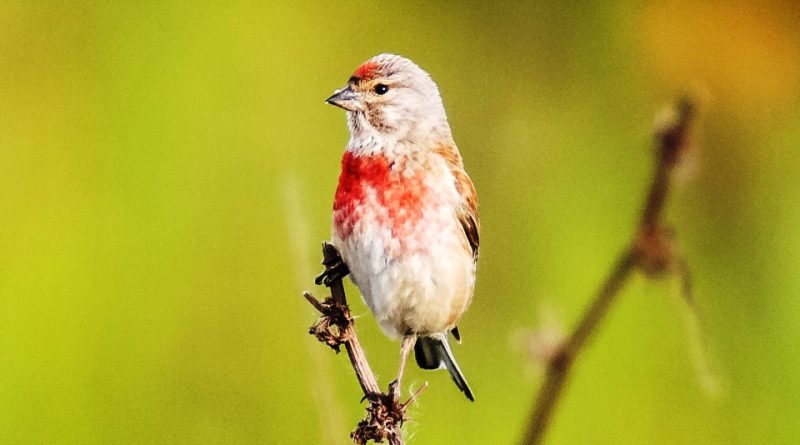 The Common linnet or Eurasian linnet (Linaria cannabina Linnaeus, 1758) is a passerine bird belonging to the Fringillidae family.

Geographic Distribution and Habitat –
The Common linnet is a bird widespread in almost all of Europe, North Africa and Asia Minor.
Its range includes a large part of the western Palearctic ecozone: while the European, Middle Eastern and Atlas Mountains populations are resident, in Scotland, Scandinavia, the Baltic Sea, Eastern Europe and a large part of Central Asia, the species is present only d summer, while in Iran, along the Caspian coasts and North Africa it is present only in winter.
In Italy, although not very common, it resides in almost the entire national territory, with the exception of the Po Valley (where it winters) and the Alps (where it is present only for nesting).
The habitat is represented by open hilly or mountainous areas, by plateaus and continental areas with grassy cover, with the presence of bushy areas (especially gorse) and particular preference for coastal areas during the cold months. 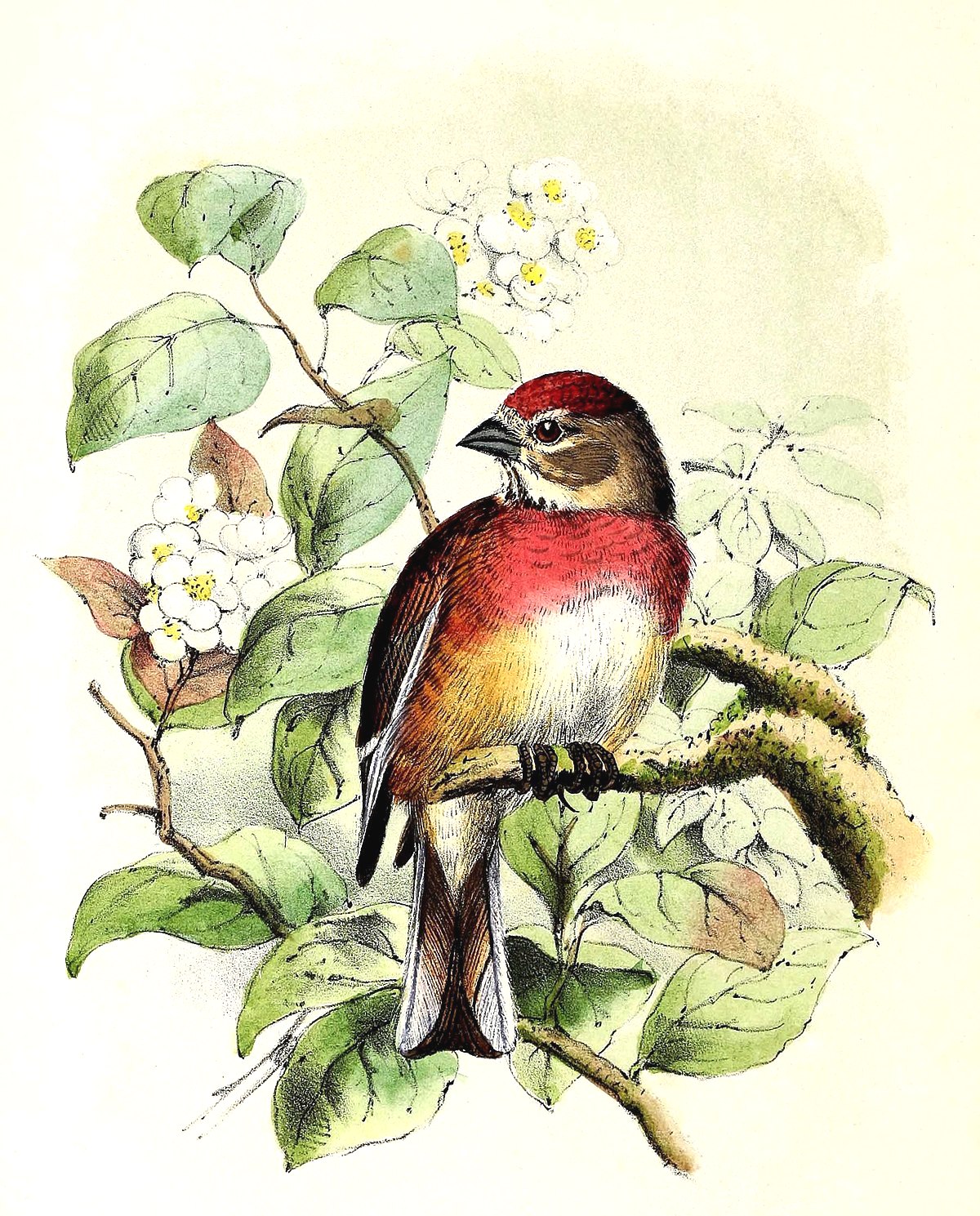 Description –
The Linaria cannabina is a bird with a length of 13-14 cm, with a wingspan of 23-25 ​​cm, for an adult weight of 15-26 grams, with very evident sexual dimorphism.
It has a robust appearance, especially as regards the forequarter, characterized by a large rounded head, small conical beak, pointed wings and an elongated tail with a forked tip.
The plumage is gray-brown on the head, with whitish or hazel shades on the eyebrow and mustache. The wings and shoulders are also hazel in color (the former with black flight feathers with white rims), with the central area of ​​the back gray and clearly visible when the bird spreads its wings. The tail is also black in color, with white cox, undertail and belly, pinkish-brown flanks and whitish throat with a black flecked lower edge. In general, the plumage tends to lighten following a west-east gradient.
Males have a red chest, forehead, cap and tail, as well as red-orange shades on the face and sides: the red markings become particularly evident during the mating period. In winter, the male assumes a fawn brown coloration in all upper parts with a lighter brown head and the red disappears from the head and almost completely from the chest.
The females have the red pigment completely absent and also the cephalic gray is present in a limited way, with a livery dominated by shades of brown.
In both sexes, the beak is blackish (with a lighter basal part), the legs are flesh-colored and the eyes are dark brown.
Juveniles look a lot like males in winter dress.
The song is melodious and much appreciated in captivity; it is distinguished by the presence of metallic notes and humming sounds. Linnets are also able to imitate the songs of other finches.

Biology –
The Common linnet has a mating season that goes from April to August, during which the males compete for the females by singing from perches in evidence (bushes, rocks or trees), and then courting any interested parties following them with half-open beak and ruffled feathers. They are monogamous birds, whose pairs are very close, but only during the reproductive period.
The construction of the nest is taken care of by the female, usually on bushes near streams; this has the shape of a cup and is made up of twigs and vegetable fibers intertwined among the bushes, generally at a low height and not far from a source of water. Its interior is lined with fluff.
After mating, the female lays 4-6 blue-colored eggs with scattered brown-purple spots.
The female hatches the eggs in solitude for about two weeks, with the male standing guard near the nest and taking care of finding food for both.
The pullets are blind and featherless at birth; these are looked after and fed by both parents.
The fledging of the young takes place around two weeks after hatching, however they tend to remain near the nest for a further two weeks, asking (albeit more and more sporadically) the cue from the parents, who are generally preparing to carry on a second brood.
When the young are independent they aggregate and disperse, moving away from the nest for good.

Ecological Role –
The Common linnet is a diurnal and gregarious bird outside the mating season, which gathers with the other similar ones, in flocks (sometimes in association with other species, such as the similar northern linnet) moving together to search for food while keeping to ground, among tall grass or bushes.
It feeds mainly on seeds, but also on insects. The diet consists largely of small seeds of herbaceous plants, but also includes berries, leaves, buds and buds. During the mating period or the migrations, when the energy requirement is much higher, these birds also feed on insects and other small invertebrates.
It should be emphasized that this bird is widely used in amateur breeding, for the hybridization with the canary (Serinus canaria) and with the cardinal of Venezuela (Carduelis cucullata).
According to the IUCN, at present, the population of this species is stationary.