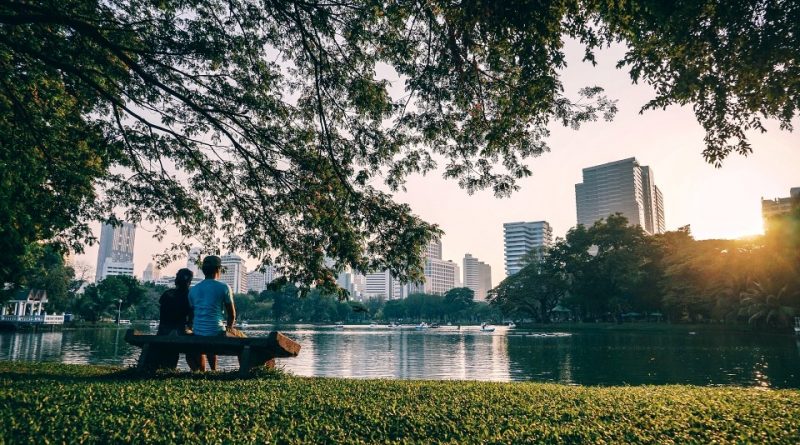 The advent of urbanization, a phenomenon that took on unthinkable dimensions only a few decades ago, in addition to soil consumption, industrial processes, transport systems and aggressive agriculture, are all factors that have led to “corrosion” of the world ecological system.
The development model of modern civilization is obviously interfering with those cells of the ecosystem that are natural habitats.
Habitats (a term which in Latin means “he lives”) are the place, through which physical and environmental characteristics, all species can live, develop, reproduce, guaranteeing that quality of life, including human, necessary for well-being and health of our planet.
The effects of a development model outside these rules, in which even a certain urban planning school is rejected, have led not only to the fragmentation of those ecological cells, which are the habitats, but above all to the famous phenomenon of the Spillover, that is, of that leap of species which occurs when a reservoir population with a high prevalence of pathogens comes into contact with a new host population of a different species.
So with the loss and fragmentation of habitats, statistically, this leap of species will be increasingly probable, involving not only serious health risks for the world population but also great social and psychological interference for future generations.
A less ecological humanity is a humanity more at risk but also poorer; poorer in resources, poorer well-being and, as recently experienced, in personal relationships.
We must run for cover without presuming to deceive anyone as the ecological balances in order to be re-established, assuming they can be re-established, given the loss of biodiversity, need medium-long times that often go beyond the duration of human life.
The categorical imperative cannot be entrusted, of course, only to some directive or rule of law. There is a need to conceive a new Civilization, redesigning it from scratch and having the Guidelines given by the principles of Ecology, transliterated into that Social Ecology that Pope Francis, in his Encyclical “Laudato Sì”, so wisely traced and outlined.
Having acknowledged that, as mentioned, all this takes longer than average times, however, we have the obligation to make some corrections to our living systems, starting with the way of conceiving inhabited centers, trying to make an ecological make-up.

For too long we have created inhabited centers (large or small) without thinking of ecological compensation, that is, measures to recover the stolen habitats.
COVD-19, as now affirmed by large swathes of researchers and scientists, is a first alarm that must be addressed in the same way as the seismic swarm of an area at risk is dealt with, that is, by securing the area. In our case, as mentioned, safety cannot be achieved immediately (nature is not a public work that is designed and delivered). It is therefore appropriate to rethink the concept of the inhabited center globally, inserting, where possible, inside and outside, ecological cells being repaired and replacing those stolen.
In a nutshell, it is necessary to provide indices (also in terms of surface) of areas to be re-naturalized, in any case following criteria that are very relevant to ecological analyzes of merit, to the study of potential habitats, to ecological corridors, and so on.
In short, we must surround ourselves with nature if we do not want its fragmentation to no longer allow it to play that role that is its own: a provider of well-being for all, without distinction between any living being.
We must recreate those habitats, brutally stolen, returning them to Nature.
Unfortunately, the anthropocentric vision, daughter of the last centuries of Enlightenment and positivist history, with its limited vision of the principles of Life ended, destroying Nature, destroying human dignity and its well-being.
Now is the time, as they say, to roll up our sleeves. Complaints are of little use: we need a new design vision and the opportunity is given by the approach provided by Agenda 2030.
An integrated approach that does not, however, equate to not being able to implement single and well-defined measures.
There is a need to review the current planning model; it is necessary to change the rules of the same and where, above all, the figure of the planner cannot be relegated to a single professional; there is a need for a pool of skills in which, however, the ecological part becomes predominant.
We must surround ourselves once again with that nature which, as the Eastern peoples especially know, is a Mother and without a mother there is no history for future generations.