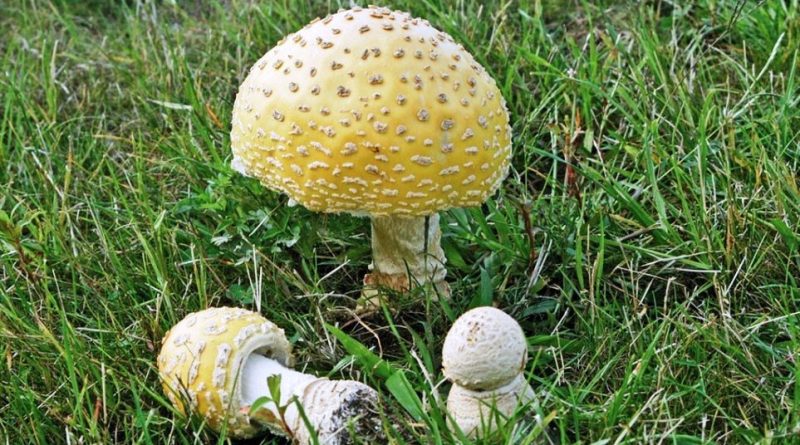 Systematics –
From the systematic point of view it belongs to the Eukaryota Domain, Fungi Kingdom, Basidiomycota Division, Basidiomycetes Class, Agaricales Order, Amanitaceae Family and therefore to the Amanita Genus, to the A. muscaria Species and to the A. m subspecies. buxom.

Etymology –
The term Amanita comes from the Greek ἀμᾱνῖται amanítai, a name given by the ancient Greeks to the mushrooms coming from the ᾱμᾱνoς Ámanos mountain of Asian Turkey.
The specific muscaria epithet is linked to the ancient custom of Northern Europe where pieces of the mushroom were placed in water or milk to attract flies that remained stunned.
The name of the shapely subspecies as of beautiful shape, beautiful.

Geographic Distribution and Habitat –
The Amanita muscaria var. formosa is a very common species in Europe and in Italy, in the summer-autumn period, especially broad-leaved and coniferous woods.
This variety, which can sometimes be distinguished from most other A. muscaria by its yellow cap, is a European taxon, although several North American guides have indicated A. muscaria var. guessowii with this name. American mycologist Harry D. Thiers described a yellow-capped taxon which he called var. formosa from the United States, but not the same as the European variety. 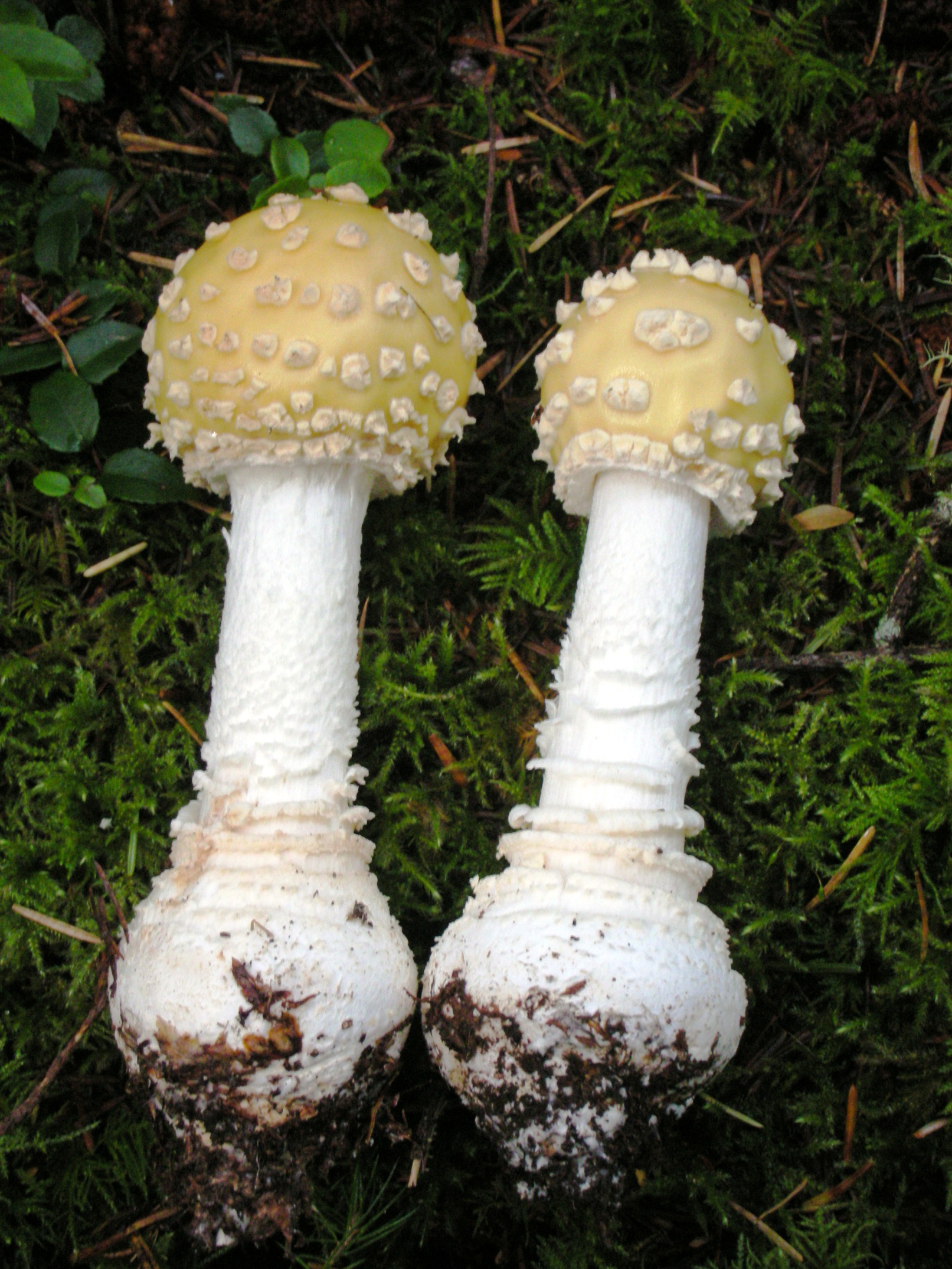 Recognition –
Under typical conditions, Amanita muscaria var. formosa differs immediately from the type species by the yellow color of the general veil instead of white. However, we must report occasional yellowing of the general veil of A. muscaria, even if less intense than the color observed in the variety, due to the environmental conditions and the state of conservation of the sporophores; this occurs more likely in very rainy weather and in adult specimens.
In any case, for the recognition of this subspecies of A. muscaria it is emphasized that the cap is egg yellow or light orange, from convex to flat; covered with white warts.
The gills are dense and free, white and with gills.
The stem has a cylindrical shape, white in color, smooth above the ring, fibrous below.
The ring is white, wide and smooth.
The volva is white, dissociated into warts.
The meat is white and compact with a negligible smell and taste.

Cultivation –
The Amanita muscaria var. formosa is a poisonous mushroom and therefore not cultivated.

Customs and Traditions –
A. muscaria var. formosa represents a variety of the type species, A. muscaria (L.: Fr.) Lam., characterized by the general yellow veil, a color that remains clearly visible in the warts on the cap and at the base of the stem, where the general veil dissociates into circles . All the other morphological characters are identical to those observable in A. muscaria.
As for edibility, A. muscaria var. formosa is toxic like the type species, A. muscaria, to which reference is made for further information.

Preparation Method –
The Amanita muscaria var. formosa is a poisonous mushroom and therefore not to be collected also for the ecological damage it causes.