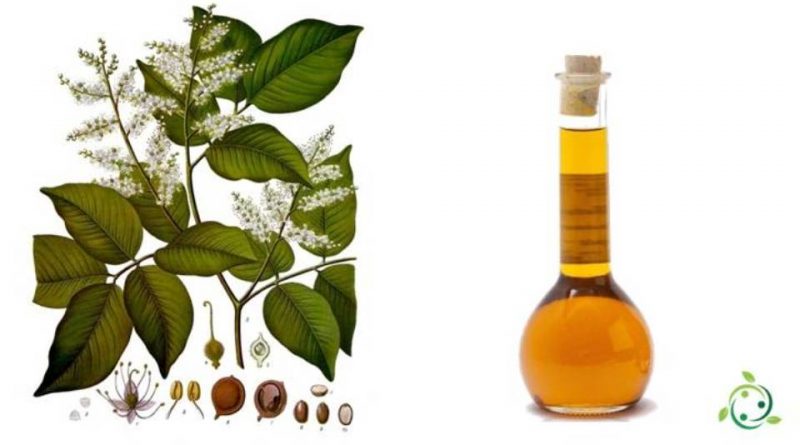 Copaiba is an oleoresin that is obtained from the trunk of leguminous plants from Central America, South America and Africa belonging to the Copaifera genus.
These trees are known and used above all for the resins they produce in quantities of several tens of liters per year and which consist of an oleo-resinous liquid (the copaiba) in whose composition there are also the essences of the plant (terpenes, which are also found in essential oils).
Also known as copaiba balsam, the extract obtained was already used in the past to fight a whole series of infections, until the discovery of penicillins, and its antimicrobial effectiveness has been widely documented since the 19th century.
It has found various uses in alternative medicine since the 18th century but the medicinal properties actually demonstrated by scientific research are more limited. It is effective in leishmaniasis and has antifungal properties.
The main active ingredient, beta-carophyllene (up to 48%), also contained in the essential oil of cloves and parsley, is responsible for its germicidal and anti-inflammatory properties, while it is thanks to the tannins present that it carries out the astringent activity .

In addition, the synergistic action of the various components contained makes it a functional and effective active ingredient for all those skin problems that involve skin inflammations and infections, pure or diluted in virgin oils or cosmetic bases.
Copaiba, as mentioned, contains terpene and is used in the manufacture of lacquers and paints; it is also used in the production of biodiesel given the yield of 12,000 liters per hectare per year.
Copaiba, in general, is a rebalancing of skin secretions. Traditionally used for those suffering from skin problems such as acne or psoriasis, for its marked germicidal and anti-inflammatory properties. In addition, the astringent effect makes it particularly suitable for normalizing oily, combination and acne-prone skin.
Copaiba can be used by applying a few drops on the skin area to be treated, even diluted in a neutral vegetable oil to improve its smoothness, massaging until completely absorbed.