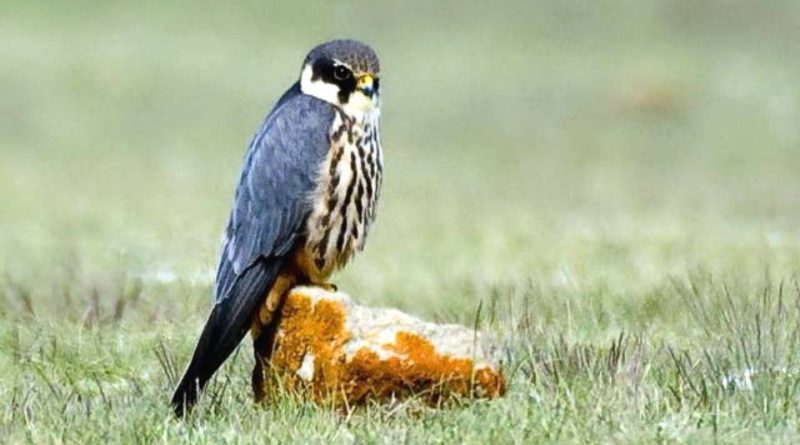 The Eurasian hobby (Falco subbuteo Linnaeus, 1758) is a bird of prey belonging to the Falconidae family.

Geographic Distribution and Habitat –
The Eurasian hobby is a bird of prey whose distribution range includes Eurasia and Northern Africa. It is present throughout Europe, except the south-eastern regions, and in the temperate parts of the Asian continent.
In Italy it is widely distributed at medium-low altitudes and also in the plains, very localized in Sicily and Sardinia; moreover it is also present on the entire Alpine chain, up to over 1000 meters of altitude.
Its European habitat is preferably that of not too thick woods interspersed with open areas while in northern Italy it also nests in industrial poplar cultivations along rivers.
It is a migratory species that lead it to spend the winter in sub-Saharan Africa. 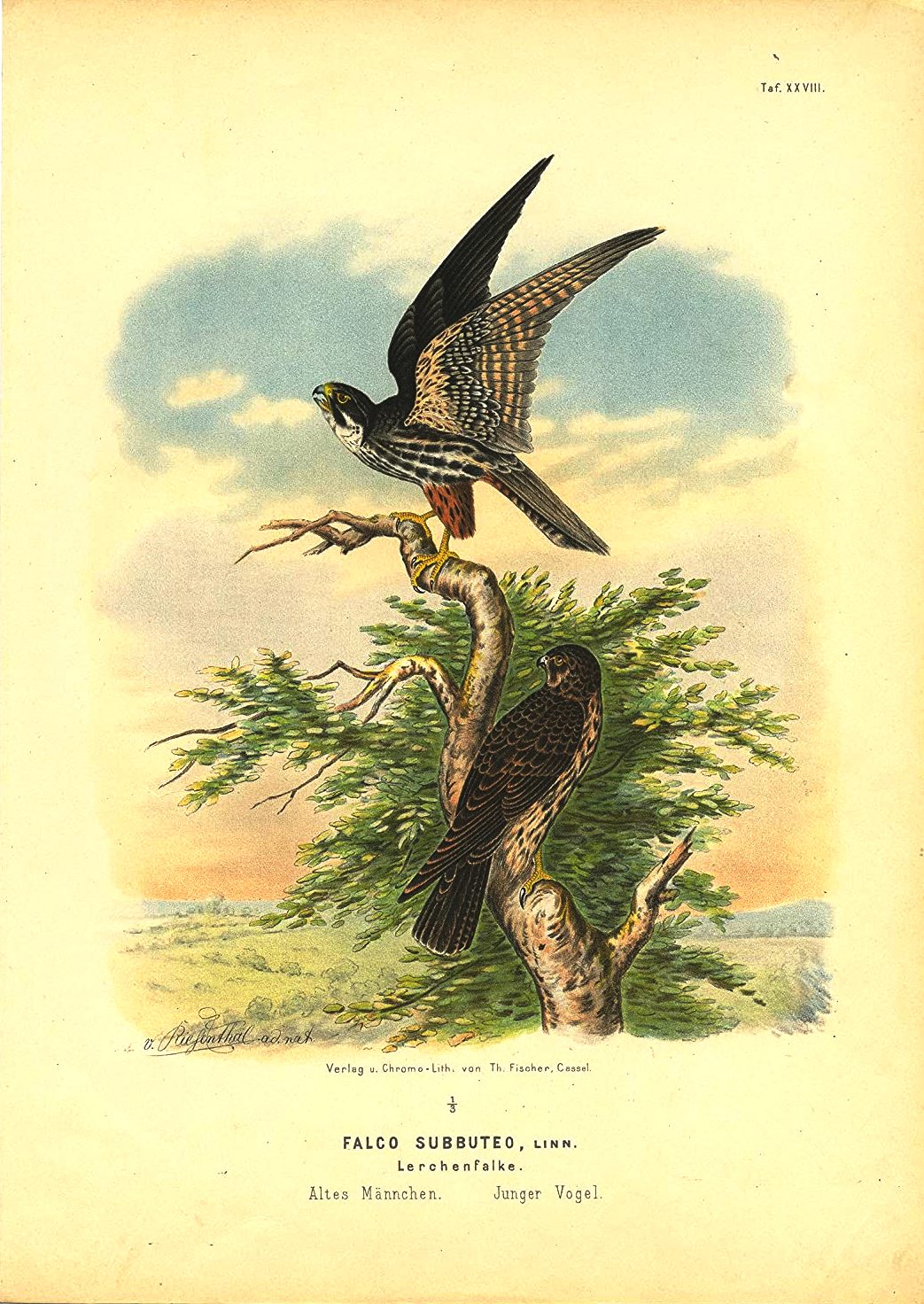 Description –
The Eurasian hobby is a small bird of prey, with a total length of 30-36 cm, a wingspan of 80-92 cm, for a weight of 150-340 grams and with sexual dimorphism where the female is of greater proportions.
The upper livery is bluish black, with a greyish head, the nape marked by white spots and the wings edged with rust yellow; the lower parts are streaked with black on a white or yellowish background.
In young subjects the bluish black of the upper parts is marginated with yellow-rust, the spots on the nape are larger and yellowish in color; the abdomen, the undertail and the breeches are also yellowish.
The tail presents itself with the blue coxswains above that turn to gray in the lower part, always marked by red-rust transversal spots.
The breeches and the undertail are of a rusty-red color, whilst the eye is brown, the periocular space, the wax and the feet are yellow, and the beak light blue at the base and darker at the tip.
The beak is short, hooked, bluish-gray with yellow wax (adults), gray or greenish (young).
The verse is characterized by a series of loud and sometimes pulled “ghie”, dry and fast “kikiki …”, etc.
The flight is fast, with rapid wing beats and short glides.

Biology –
In the Falco subbuteo the breeding period goes from May to August.
Males and females arrive together in the nesting places and share parental care, although it is the female who carries out the preponderant part of the hatching of the eggs, fed in part by the male.
This species nests on trees, usually in nests of corvids and other medium-sized birds, where it lays 2-5 eggs, of elongated shape, spotted especially around the obtuse end of reddish-brown on a white or greyish background; the incubation period lasts 30 days, with only one annual brood.
The offspring are nidicolous and take off around 4-5 weeks.
In nature it lives about 15 years.

Ecological Role –
The Eurasian hobby is a raptor with mainly diurnal-crepuscular, solitary, diurnal habits in migration.
It is a very lively and daring bird, competing in speed with any other bird. Its low and fast flight recalls that of the swift, since, like this one, it keeps its wings arranged in a sickle, moves them frequently and performs the most difficult evolutions with great speed. It usually settles on trees and very rarely on the ground.
Its diet is mainly represented by small birds and large insects, more rarely micromammals and reptiles.
In particular, the diet includes larks, swallows, swifts and sparrows. In addition to these and other birds, outside the nesting period, the Eurasian lodola feeds on flying insects, especially locusts, dragonflies and winged ants.
From the ecological point of view, it is important to underline how the wood pigeon (Columba palumbus) often nests near the nests of this bird of prey; it has been shown that, being the hobbyist very aggressive towards the crows, the wood pigeon reduces the risk of having its nest preyed thanks to this aggregation.
As regards conservation measures, the Falco subbuteo, in Italy, is a species subject to protection according to Article 2 of Law 157/92.