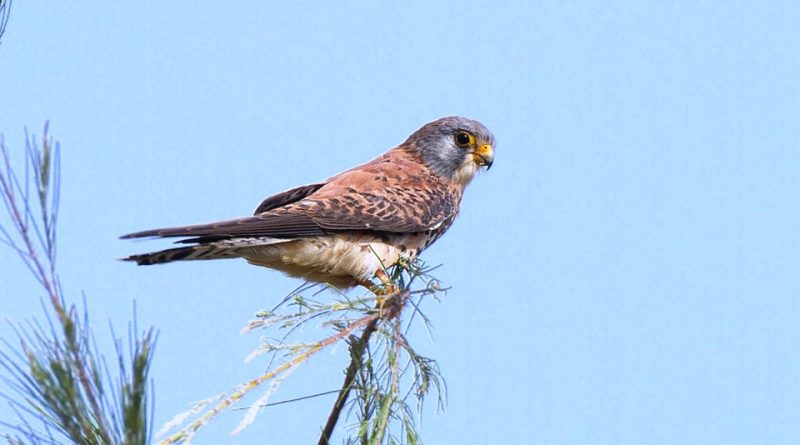 Lesser kestrel (Falco naumanni J.G. Fleischer, 1818) is a bird of prey belonging to the Falconidae family.

Geographic Distribution and Habitat –
The Lesser Kestrel is a bird of prey present in a territory in a Eurocentro-Asian-Mediterranean area and also present in Italy, where the most important population is found in Puglia (Alta Murgia National Park) and is a regular migrator, nesting exclusively in Basilicata, Puglia , Sicily, Lampedusa, Sardinia, Tuscany, Emilia-Romagna, Calabria and partially wintering.
In addition to Italy, it nests in the Mediterranean and Central Asian countries.
Its habitat is varied and is represented by steppes, grasslands and non-intensive crops. 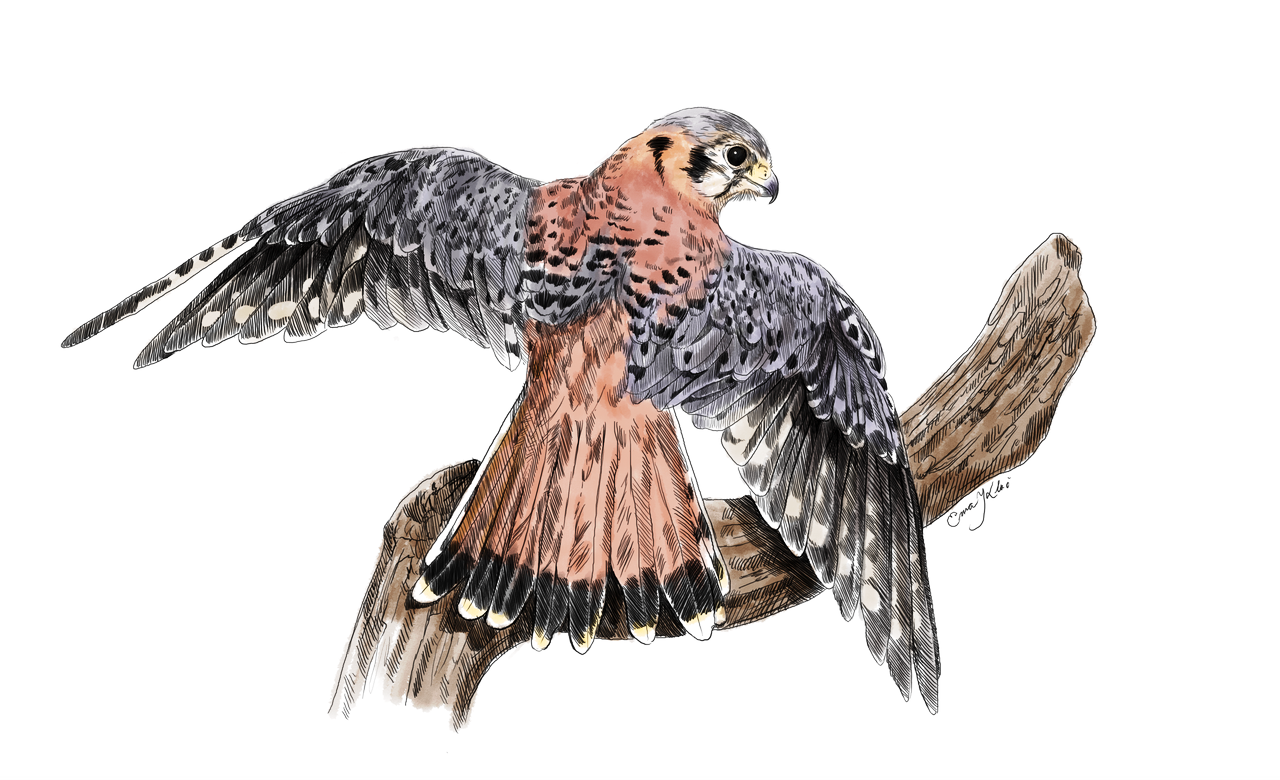 Description –
The Falco naumanni is the smallest European bird of prey with a length of 27-33 cm, a wingspan of about 70 cm, for a weight that can range between 90 and 200 grams.
This raptor, similar to the kestrel, but with a smaller wingspan and with the adult male devoid of black spots on the back.
The nails are yellowish and with the male with brick red and gray colors, a gray cap, the gray tail with a black border and the lower parts clear; the female shows light red colors with streaks and cream.
The female and the young are, moreover, extremely similar to the kestrel and the only character that allows to distinguish with certainty the species to an inexperienced eye is the color of the nails.
The voice is made up of shrill krii very close together to almost sound like a cricket.

Biology –
The lesser kestrel is a community-dwelling bird of prey which, after returning from the wintering areas, begins its reproductive activity, almost always in more or less numerous colonies and the first nesting can occur after the first winter.
The deposition of the eggs, 3-5 in number, begins at the end of April and these are laid, generally in ravines and rock holes, often in the vicinity of human settlements.
The eggs hatch after a hatching of about 28 days, carried out mainly by the female. In the first few days after birth, the female remains with the young and the male provides food. Subsequently, the female will also come to his aid.
The chicks leave the nest about 4 weeks after birth (in Italy June-July). Already in August-September, young people and adults, in aggregate form, undertake the autumn migration.

Ecological Role –
The Falco naumanni feeds mainly on invertebrates such as grasshoppers, beetles, mole-crickets, various insects, as well as lizards and small terrestrial birds; this is also due to the lack of power of the beak and claws.
However, it can successfully prey on reptiles such as lizards and, occasionally, small ground rodents. The capture of its victims occurs mainly on the ground, using both the stalking technique and the reconnaissance flight.
This small bird of prey is much more confident than the kestrel, so much so that it can be observed more easily, in the vicinity, while it is smoothing its feathers or pulping some prey on a pole, without batting an eye for the human presence.
This bird has been recognized by the European Union as a “priority species for conservation purposes”, in accordance with Directive 79/409. In the International and Italian IUCN Red List it was previously classified as “vulnerable”, but following an increase in its global population it has been reclassified as “minimal risk”.
At the moment it is widespread and abundant on a global scale even if attention must be paid to the possible destruction of the habitat; in fact it seems that the indiscriminate use of pesticides has a strong effect on this species due to its insectivorous habits.