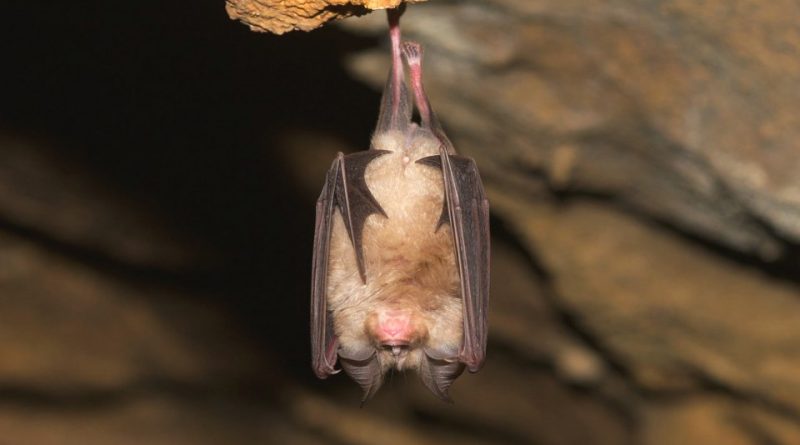 The Mediterranean horseshoe bat (Rhinolophus euryale Blasius, 1853) is a bat belonging to the Rhinolophidae family.

Geographic Distribution and Habitat –
The Mediterranean horseshoe bat is a common chiropteran in the Palearctic Ecozone and is present in a fragmentary manner in southern Europe (including the major islands, except for the Balearics and Crete; not reported for the Maltese Islands), Maghrebian Africa, from Israel to Turkey (with Cyprus) and Transcaucasia towards N, Iran and Turkmenistan towards E. In Italy the species is present practically throughout the territory.
Its habitat is that of deciduous sclerophyll forests, semi-desert clearings, thickets in limestone areas close to water sources up to 1,000 meters above sea level. 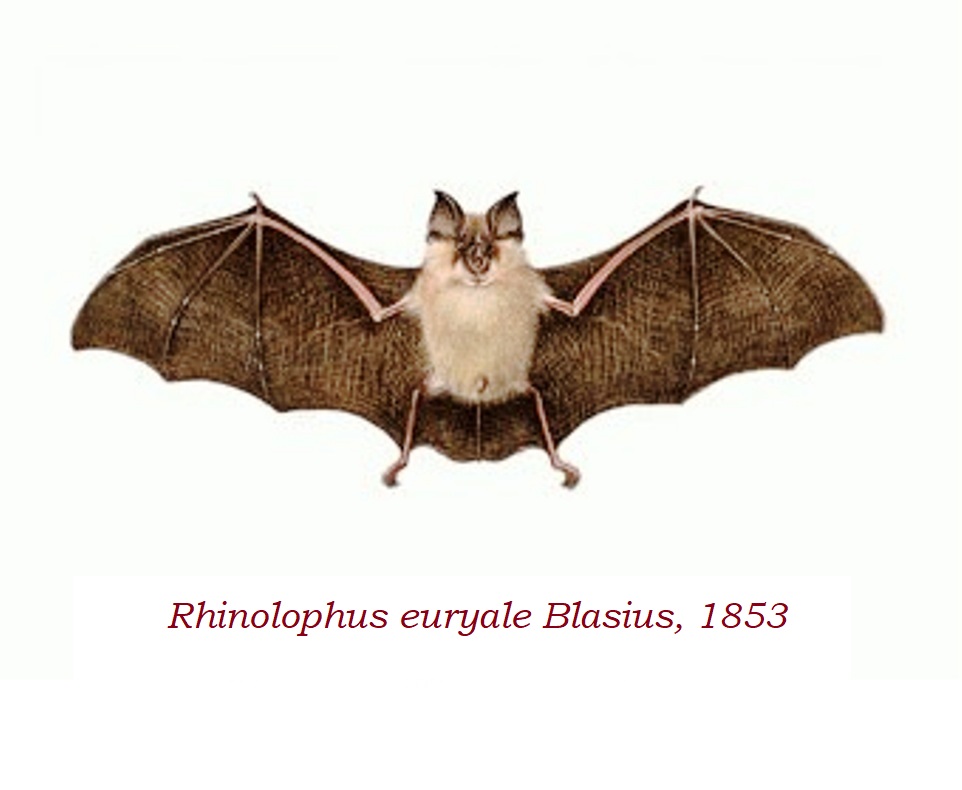 Description –
The Rhinolophus euryale is a bat with a head-body length of 43-58 mm, tail length of 20-30 mm, wingspan of 29-32 cm, for a weight of 8-17.5 grams.
It is recognized for its long, soft and fluffy fur. The dorsal parts are grayish-brown with reddish or yellowish reflections and the base of the hairs whitish, while the ventral parts are much lighter.
The subspecies R. c. parvus is recognized as having a clear spot behind the anterior base of each ear.
The ears are short. The nasal leaf has a triangular lancet with a blunt tip, a connective process in the shape of an elevated, pointed and curved forward horn, a saddle with parallel edges, a rounded and hairless end. The anterior portion does not completely cover the muzzle and is provided with a superficial central hollow at the base. The lower lip has three longitudinal grooves. The wing membranes are light brown, the first phalanx of the fourth finger is relatively short. The tail is long and completely included in the large uropathia. The first upper premolar is small and located along the alveolar line.
This bat emits high duty cycle ultrasounds with long duration pulses at a constant frequency of 101–108 kHz.
The flight is low-medium, agile, slow and flickering, sometimes hovering.

Biology –
The Rhinolophus euryale hibernates in winter during which it moves in the shelters towards the entrances at temperatures around 10-12.5 ° C, while in summer the females form nurseries of 50-400 specimens, with males sometimes present.
Sexual maturity is normally reached at one year of age. Gestation lasts about 10-11 weeks after which this bat gives birth to one inept baby at a time in the period from June to August that it is raised by its mother.

Ecological Role –
The Mediterranean horseshoe bat has crepuscular-nocturnal habits and is a sedentary species with maximum displacements up to 134 km and with a wintering that goes from September October to April, alone or in groups, hanging freely and partially wrapped in the wings, in caves, tunnels and more rarely in buildings and mines where it forms large colonies of up to 2,000 individuals, often together with other bats.
Predatory activity starts late in the evening.
As far as its alimentation is concerned, it feeds on lepidoptera and to a lesser extent on neuropterans and dipters caught in the vegetation or occasionally also on the ground and devoured on specific perches.
With reference to its conservation status, the species, according to the IUCN Red List, is considered to be in decline with an estimated population of 30% in the last 27 years and therefore close to threat.
The greatest danger is represented by the disturbance action by man in his usual shelters (caves) and the deforestation in the northern plain areas.
Current conservation measures see the species listed in Appendix II, IV of the Habitats Directive (2/43 / EEC) and in the Bonn (Eurobats) and Bern Conventions. Present in protected areas and SIC.
Furthermore, it is necessary to protect the underground environments (regulation of access to the cave) and correct forest management, especially in lowland areas (fire control and correct reforestation practices).