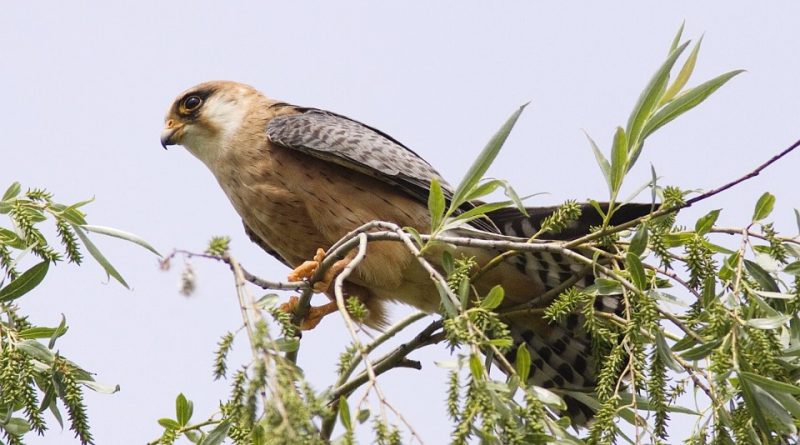 The red-footed falcon (Falco vespertinus, Linnaeus 1766) is a bird belonging to the Falconidae family.

Geographic Distribution and Habitat –
Falco vespertinus tends to reside in typical steppe habitats ranging from Eastern Europe to Lake Baikal in Central Asia.
It is a long-range migrant and breeds mainly in Eastern Europe and winters in Southern Africa.
In Italy it nests in Emilia Romagna and Veneto and recently also in Puglia in the countryside near the Margherita di Savoia salt pans, in lowland habitats consisting of open land with the presence of trees, such as meadows, pastures and agricultural land with rows of trees. 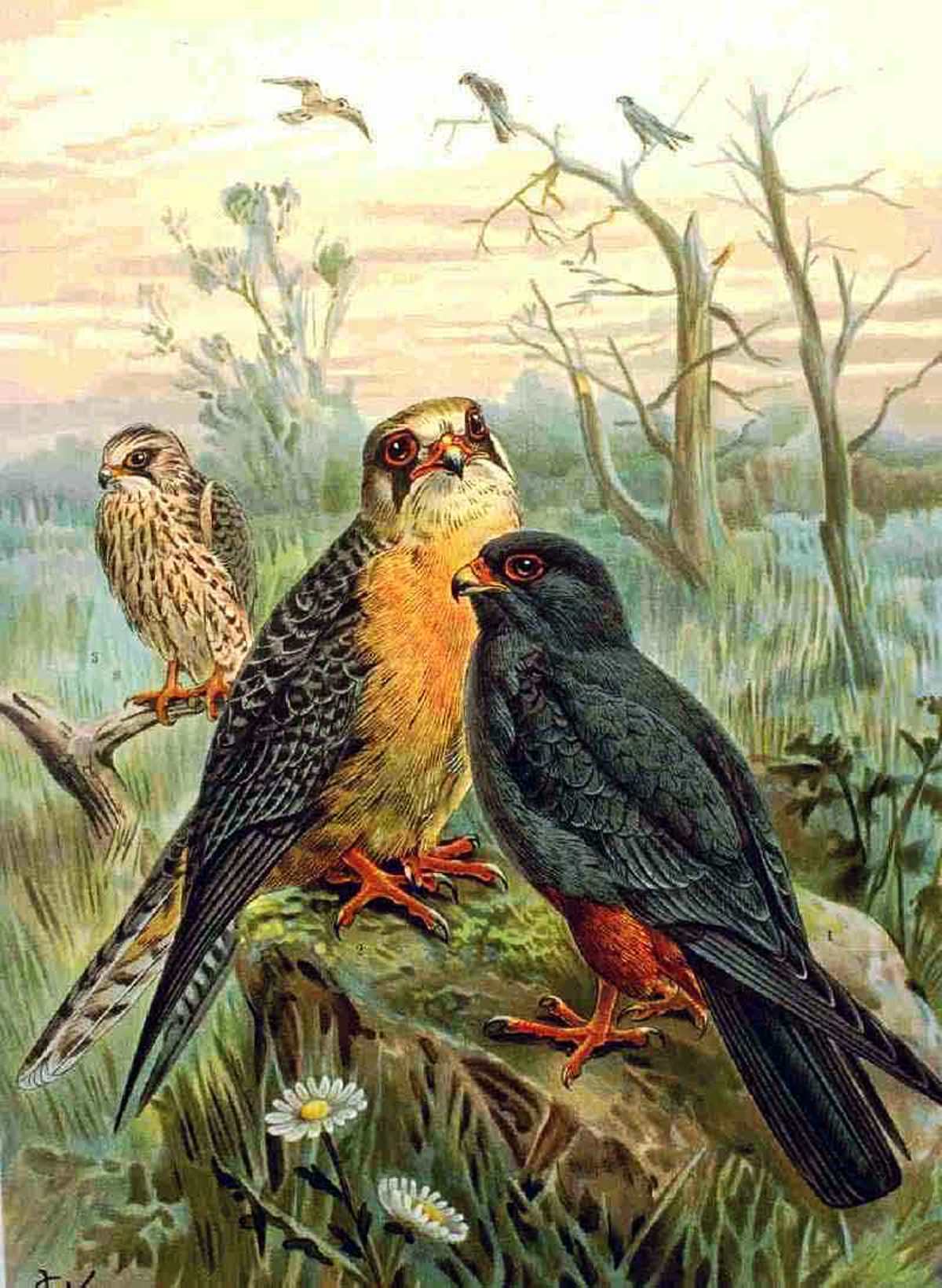 Description –
The Red-footed falcon is a bird with sexual dimorphism and with a length of the male of 23 cm and of the female of 34 cm. the wingspan is 65 cm for males and 80 cm for females. The weight ranges from about 130 grams for males to about 200 for females.
The adult male is all dark gray, with the exception of beak, legs, periocular ring and coral red belly. The female has an orange lower body and gray upper and wings with lighter bars.
The flight is characterized by alternating glides with active flight with rapid beats of the wings; it often stays still in the air doing the holy spirit like the kestrel, even if for shorter periods.
The voice is a faint “ghiv ghiv ghiv”.

Biology –
The Falco vespertinus nests in a period from May to June, on the trees of wide plains and nests in nests abandoned by corvids.
The brood is composed of 4-5 eggs that are recognized because they are dotted with brown; these are incubated by both parents for a period of 22-23 days. The young leave the nest after 26-28 days.

Ecological Role –
The Red-footed falcon is a diurnal colonial species of open countryside with the presence of some trees, often near the water; it is active during the day but often also at dusk.
It is a bird of prey with a diet consisting of a variety of insects, amphibians, reptiles, mammals, and birds, such as large green crickets, toads, sand lizards, the common vole, and nestlings.
This bird’s distinctive hunting method is similar to that of the common kestrel. It hovers regularly, searching the ground below, then makes a short steep descent towards the target.
When feeding the chicks, the younger ones receive food more frequently and more regularly. Chicks between 0 and 3 weeks of age will be fed larger prey such as toads, lizards, nestlings and large green crickets, while chicks of that age will be fed less frequently and with less variety. The diet of the young nestlings is mainly composed of orthoptera and beetles with some vertebrates; that of the older nestlings is mainly made up of orthoptera and almost never vertebrates.
In Italy it is a kind of recent immigration. The first documented nesting dates back to 1995.
The small size of the population would make it Endangered according to criterion D (less than 250 mature individuals). However, although the species in Europe presents a vulnerable situation (BirdLife International 2004), the continuous increase in Italy in recent years makes it possible the immigration of new individuals from outside the region will continue in the near future, although the phenomenon still needs further investigation. For these reasons, in the final evaluation, the species was downgraded to Vulnerable (VU).
Among the conservation measures it should be remembered that the Falco vespertinus is listed in Annex I of the Birds Directive (79/409 / EEC). It is also a species subject to protection according to Article 2 of Law 157/92.