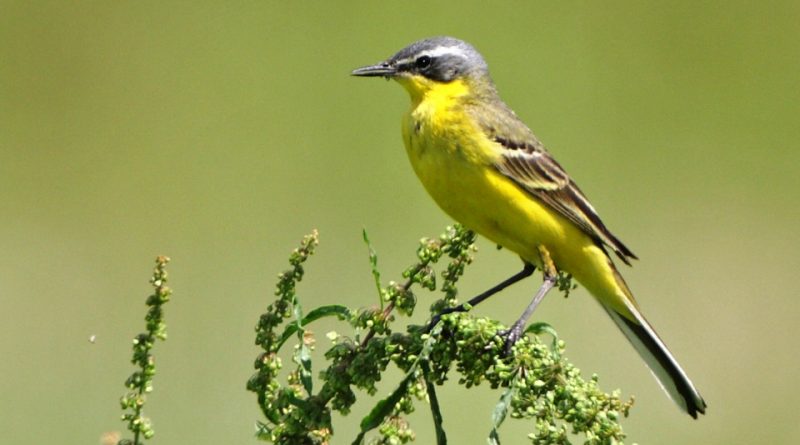 The western yellow wagtail (Motacilla flava Linnaeus, 1758) is a bird belonging to the Motacillidae family. 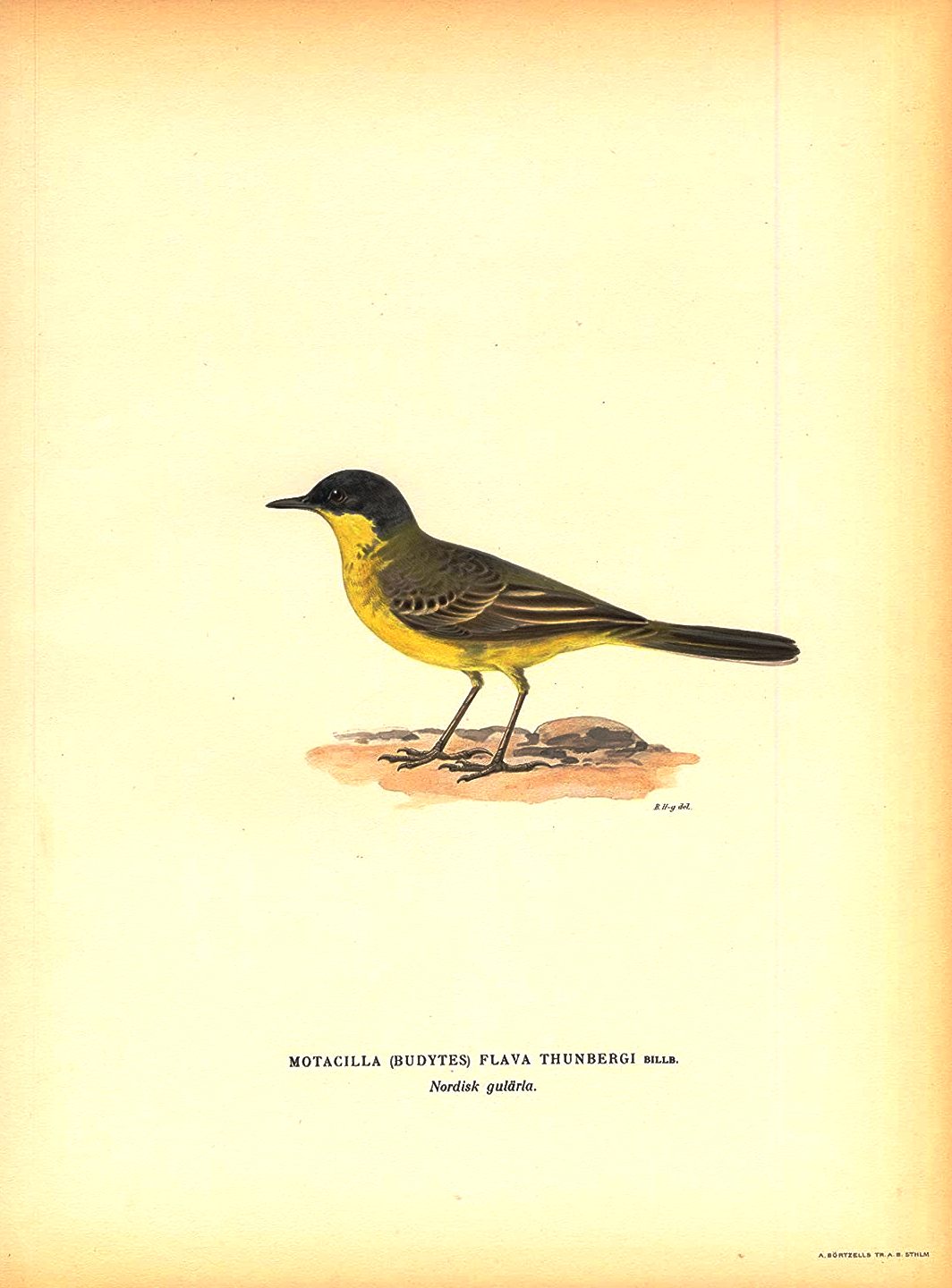 Description –
Motacilla flava is a passerine bird with a length of 17-18 cm, with a wingspan of 24-28 cm and a weight between 12 and 18 g.
Sexual dimorphism is present with males having green – light brown upper parts, black tail with white external coxswain. The head has various colors depending on the numerous subspecies present in Europe. The undersides are yellow. In summer, the male has a completely yellow head, with no dark markings. In winter, however, it changes appearance “dirtying” the plumage. The female resembles a very faded male, with a tawny-brown color above and whitish below.
Legs and beak in all sexes and ages are black.

Biology –
The western yellow wagtail is a species with solitary behavior, during the breeding season. This bird nests in scattered or isolated pairs, on land with low vegetation or wetlands of both fresh and brackish water, inland as well as coastal.
The species also frequents dry, extensive or sometimes intensive cultivated areas, with preference for meadows, barley and wheat fields. But also corn crops, floodplain areas with the presence of grasses, meadows and pastures with a few scattered bushes and trees, sometimes rice fields.
The nest is made in a well sheltered place in the ground, it is with vegetable fibers and finished with hair and wool.
The female lays between 4 and 6 eggs, once or twice in twelve months, of spotted color. The incubation period varies between 11 and 13 days.

Ecological Role –
The western yellow wagtail is mainly insectivorous, even if it does not disdain worms and other small animal organisms. It is also rarely seen eating nectar.
In the summer, it follows the flocks resting on the backs of grazing animals and frees them from parasites.
The area of ​​the Italian population is vast (greater than 20,000 km², Boitani et al. 2002). The number of mature individuals is estimated at 200,000-400,000. Based on the approximately 1450 couples surveyed on average each year during the MITO2000 project, the Italian population is in decline by 38% over the period 2000-2010 (LIPU & Rete Rurale Nazionale, wwww.miti2000.it). It is therefore possible to hypothesize that in the last 10 years (three generations for the species), the population has declined by at least 30% and therefore the species is classified as Vulnerable (VU) for criterion A. The species is strongly linked to agricultural environments and for this reason it is particularly sensitive to the rapid environmental transformations that characterize this type of environment. In Europe, the species appears to be in a safe state, although it is in decline in some countries (BirdLife International 2004). At the moment there is no evidence of immigration from outside the region, therefore the assessment made for the Italian population remains unchanged.
The main threats, according to the IUCN, are the transformation of the nesting and feeding habitat.