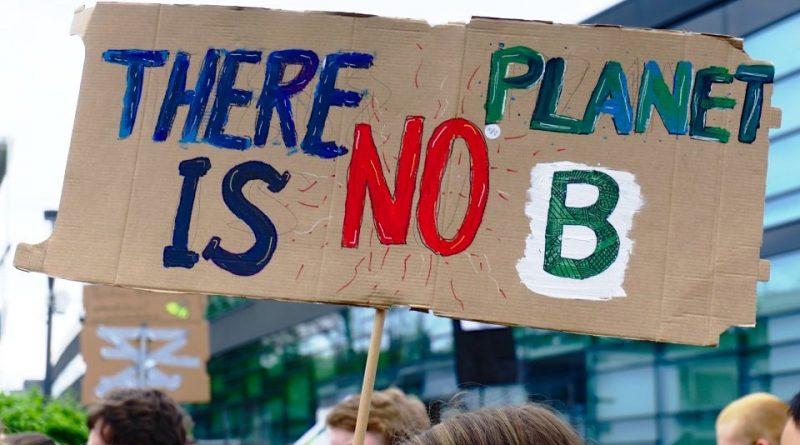 For the romantics of Estimo, a subject sadly fallen out of favor but a true reference currency for all economic matters, once upon a time there was the opportunity cost.
According to the Estimate “the opportunity cost is what you must give up to make an economic choice and is equal to the value of the best alternative. Making a choice comes at a cost in terms of time or money (or both), and the opportunity cost represents the best possible choice ”.
The opportunity cost is that quantity or parameter that is analyzed every time a choice has to be made, by spending a consideration in money, and then evaluating the economic effects.
The opportunity cost tells us whether the alternative at that cost is more fruitful or not than our choice.
So if a choice gives us a lower benefit than the alternative, we will have a negative opportunity cost and therefore not feasible.
Therefore, the choice between the two strategies must take into account not only the monetizable costs, but also those deriving from the renunciation of exploiting the lost opportunities. Or in summary, the cost of using a given resource for a given purpose, measured by the value it would have for the best alternative left out.
In estimating, we thus learned that every choice must be evaluated with this criterion and, therefore, not least the case of the value of the opportunity cost of the use of pesticides compared to a zero option: that is, non-use.
Clearly, the analysis of merit in this matter is much more complex as the variables are innumerable and not easy to weigh economically.
However, there are already official data and analyzes to appeal to, to put in the accounts, and on which to calculate whether the opportunity cost in the use of pesticides is positive or negative.
Let’s start immediately with a research published (already in 2016) in the Sustainable Agriculture Review during the Pesticide Action Week.
The study was signed by two researchers from the French Institute for Agricultural Research (INRA), who examined the externalities generated by the use of pesticides.
In order to reach their conclusions, the two researchers consulted and put together 61 scientific publications. The analysis focused on four types of costs that industry tends not to include in its assessments: regulatory (decontamination, surveillance), for human health, for the environment and “defensive”. The latter category includes the additional cost that consumers of organic food are forced to pay to avoid products obtained without pesticides.
In particular, the relative costs to human health are surprising: according to this research, if you take into account the price for medical treatment following the effects of chronic exposure to pesticides, 15 billion dollars was spent in the United States alone. in 2005.
In addition, many environmental costs for animals, plants and microbial life forms in the soil are difficult to quantify and have never been adequately assessed. A 1992 American study reports a (probably conservative) estimate of $ 8 billion.
In addition, in the first decade of this century, regulatory costs associated with pesticides in the United States reached $ 4 billion, according to the INRA study. Had all regulatory procedures been respected, the figure would have risen to 22 billion. Globally, on the other hand, the additional cost for consumers interested in avoiding pesticides (incurred by paying a premium for organic food) would amount to 6.4 billion dollars (2012 data).

The synthesis of the research then closes with a fact that taken alone is striking: all over the planet the damage caused by the use of these substances would be worth 39 billion, in 1992 alone, for a cost-benefit ratio of 1: 0, 7. This means that the financial benefits obtained by using plant protection products, in terms of agricultural productivity, are 30% lower than the external costs they generate (including the boasted increases in productivity).
Among other things, this figure must be updated to date. Suffice it to say that recent data from ISPRA (2018) tell us, according to this report, that “after more than ten years of decline, sales of pesticides in Italy have returned to increase, which in 2015 amounted to 136,055 tons, however lower than the 150,000 in 2002 (the year in which the maximum was reached). On the other hand, there was a significant drop in the sales of toxic and very toxic products, which in the reference period recorded a -36.7% compared to the maximum of over 5,000 tons reached in the past ”.
These data would already be enough to urge national governments to implement correct agroecological policies to ensure that this negative opportunity cost is reversed.
But to this we must add those little evaluated effects on the effects that pesticides are operating and with a short-term projection on the environment.
According to the IUCN (International Union for the Conservation of Nature) we are witnessing, in Europe alone, an unprecedented loss of Habitats (which are the matrices of life and protection of biodiversity). This loss is due to various factors, among which the use of pesticides is one of the most relevant.
We often discuss, and in a very marginal way, the issue of the decrease of bees or other pollinators but this is only the tip of the iceberg of an increasingly poor and therefore less efficient ecosystem and (for the supporters of agricultural yields tout court) less productive.
In fact, the loss of biodiversity affects agricultural yields; a fact that was already known in the early 1980s, with my research on the biodiversity of phytophagous and parasitoid populations. Given that multinationals are quick to deny with pseudo research and with decoy on falsified production yields of analyzes on the real efficiencies of ecosystems before and after the use of these toxic substances.
Some scientists, as reported in this paper, have made analyzes on the boreal forest of Alaska following the theory of “niche efficiency” and taking into account the Productivity Impact Index (PII). The analysis revealed a 0.23% decrease in the productivity of each individual tree, for each 1% reduction in the overall diversity of the plant.
For this research, 283 plant species present in the region were analyzed; it was found that large woody plants have been shown to have higher PII values ​​than other species.
The reduction and loss of habitat biodiversity, also due to the use of pesticides, therefore and further affects the production yields which we then have to face with problems of lack of pollination, reduction of mycorrhiza systems, useful entomophages etc..
A vicious circle that in recent times we want to make up for by specializing even more some agricultural crops (see apple orchards, olive groves, orchards, etc.) not understanding that the evil of this era is precisely here.
Life bases its richness, its power, its returns, on the maximum expression of diversity of its systems and on their mutual interaction.
Life is in fact based on the epistemology of complexity, whose father is the 1960 Nobel Prize for Chemistry Ilya Prigogine explained so well but perhaps in an unheard way.
Obviously, between the epistemology of complexity and that of reductionism (from which “modern” agriculture was born) there is an abyss that cannot be bridged if we do not return to the basis of the training of new agricultural operators, of technicians in the sector (Agronomists and Forestry Doctors in the lead) and of the operators of Political Decisions this new language which, however, as Mahatma Gandhi liked to say, is as ancient as the mountains, only that Humanity in this dark period of history wanted to attempt the flight of Icarus.