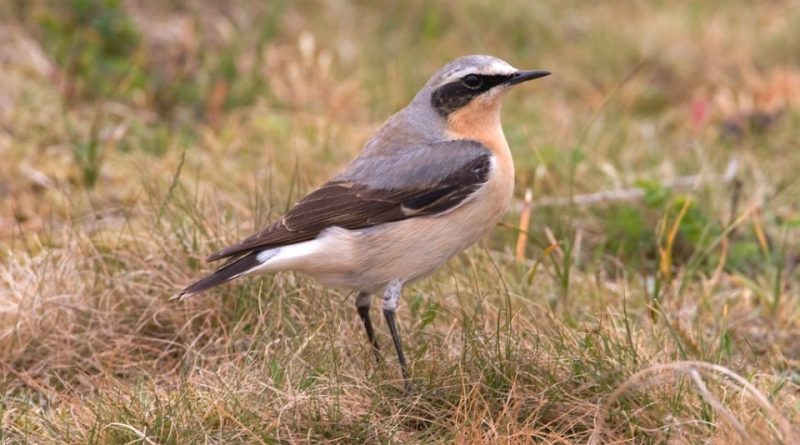 The wheatear (Oenanthe oenanthe (Linnaeus, 1758)) is a bird belonging to the Muscicapidae family.

Geographic Distribution and Habitat –
The Northern Wheatear is a long-distance migrant and is widely distributed from East and West, being present in the following countries:
– North America, Europe, the Middle East, Central Asia and, from north to south, from the Bering Strait to Africa; but it can also be found in Alaska, Canada and Greenland.
After the mating season, the migration to sub-Saharan Africa begins, where it occupies large portions of territory ranging from Mali and Mauritania, Nigeria to Sudan, Ethiopia to Somalia. In Italy it is visible in the mountainous areas, in some rare cases even at sea level, as in some areas of Sicily. 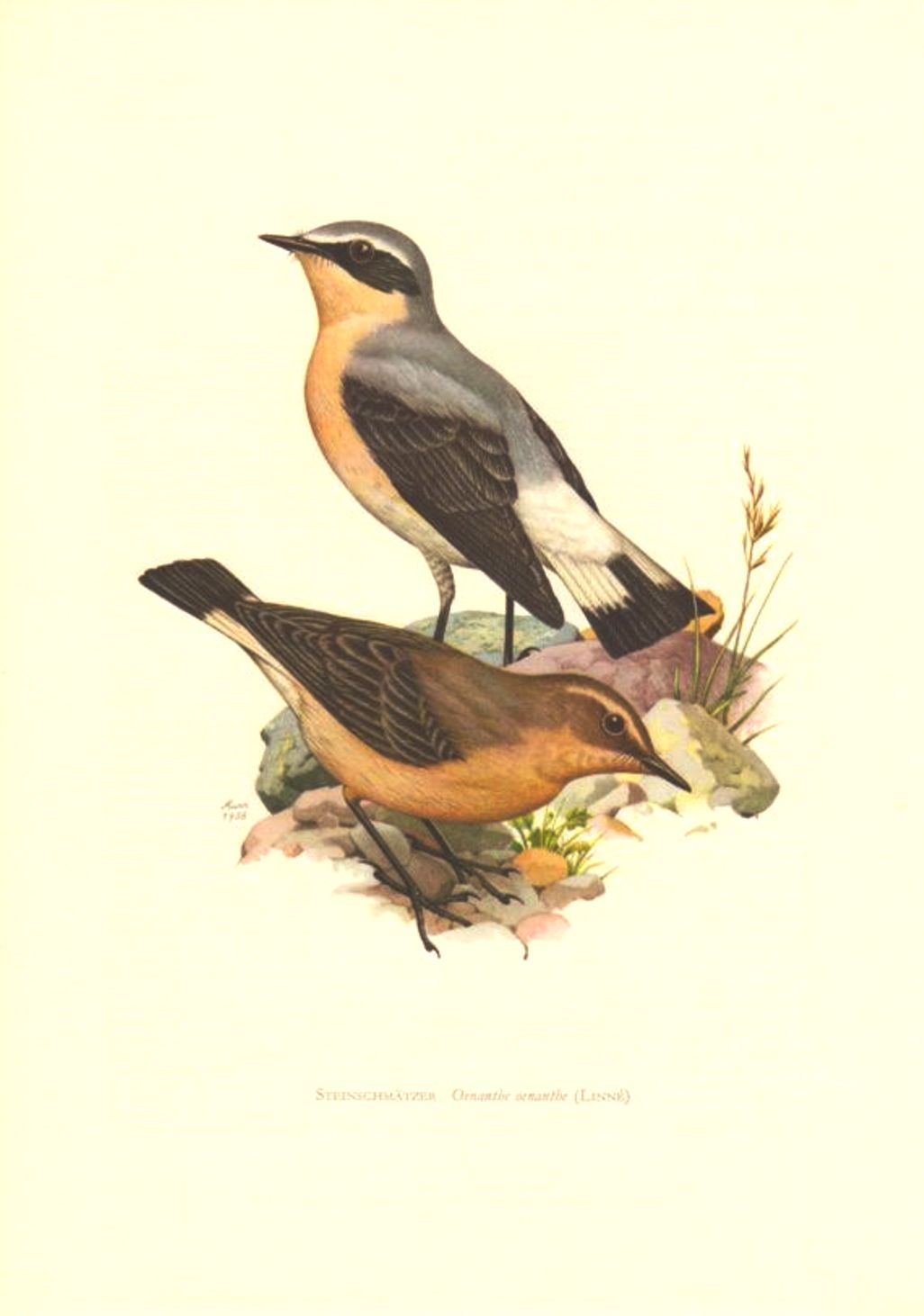 Description –
The wheatear is a passerine bird with a length of 14-16 cm, with a wingspan of 27-30 cm and a weight of around 25 grams.
The species has a marked sexual dimorphism in the reproductive season, with the adult males having gray back, shoulders and head in reproductive dress. From the beak starts a black streak that crosses the eye and reaches beyond the ears, widening. A noticeable white eyebrow starts from the base of the forehead and reaches the ears. The throat and upper chest are tinged with pale pink fawn and fade to white abdomen and belly.
The wings at the top are blackish in color.
The tail is mainly white with an evident white terminal band (widened in the center), very visible in flight.
The male in the autumn dress assumes a brown color on the upper parts and the mask blends and fades with the brown in the area behind the eye. The wings are strongly lightened due to the presence of light edges on the feathers. The light pink fawn color extends lower down and to the hips.
Adult females resemble males in spring dress but with upper parts tending to gray-brown.
The wings are brown in the upper part and the mask is only hinted at on the light pink fawn background.
The juveniles resemble the males in autumnal dress with much less accentuated contrasts, lighter wings and almost absent mask.

Biology –
The Oenanthe oenanthe reproduces for the first time when it is one year old.
The nest is built entirely by the female while the male perches nearby, sings and sometimes performs singing flights.
The nest is placed in a cavity such as a rabbit hole, a crevice in rocks, or in an artificial object such as a wall or pipe.
The nest has a base of plant material placed in a disorderly manner. The cup of the nest is instead composed of herbs, leaves, mosses and finer lichens.
The female lays eggs at daily intervals. On average it lays 4-7 eggs of smooth but not shiny consistency which measure about 21.0 mm × 15.8 mm and with an average weight of 2.83 g. These are very light blue in color and sometimes have some red-brown markings on the larger end.
The incubation takes place thanks to the female starting from the laying of the penultimate or last egg. The eggs hatch after about 13 days. The young are fed by both parents and hatched by the female for the first five or six days.
The young fly off after 15 days and become independent from the parents when they have reached between 28 and 32 days. Normally only one brood is raised each year, but when a brood is lost, the female lays a second brood.

Ecological Role –
The wheatear has a diet based on worms, insects, fruits and berries.
These are birds with the longest migratory distances.
Those in the north make one of the longest journeys of any small bird, crossing the ocean, ice and desert.
In spring, they migrate from sub-Saharan Africa to a large area of ​​the Northern Hemisphere which includes northern and central Asia, Europe, Greenland, Alaska and parts of Canada.
Arrived in the autumn period they return to Africa, where their ancestors had wintered. Probably, some of the birds that breed in North Asia could take a shorter route and overwinter in South Asia; however, their hereditary propensity to migrate brings them back to Africa, completing one of the longest migrations for its body size in the animal kingdom.
The birds of the subspecies Oenanthe oenanthe leucorhoa of Greenland make one of the longest transoceanic flights of any passerine. In spring, most migrate along a route (commonly used by waders and waterfowl) from Africa via continental Europe, the British Isles and Iceland to Greenland. However, autumn sightings from ships suggest that some birds cross the North Atlantic directly from Canada and Greenland to southwestern Europe, up to a distance of 2,500 kilometers.
Breeding birds in eastern Canada are thought to fly from Baffin Island and Newfoundland through Greenland, Ireland and Portugal to the Azores, crossing 3,500 kilometers of the North Atlantic, before flying to Africa. Other populations from western Canada and Alaska migrate over much of Eurasia to Africa.
Regarding its conservation status, the northern whitetail inhabits a large area, estimated at 2.3 million square kilometers and a large population estimated at 2.9 million individuals in the Old World and the Americas combined. The species is believed not to approach the thresholds for the IUCN Red List population decline criterion (i.e., down by more than 30% in ten years or three generations), and is therefore rated as least concern.
Fortunately, hunting for this bird has declined but in the 18th and 19th centuries they were considered a delicacy in England, called “the English greengrocer” and the Sussex shepherds supplemented their income by selling the birds they trapped.