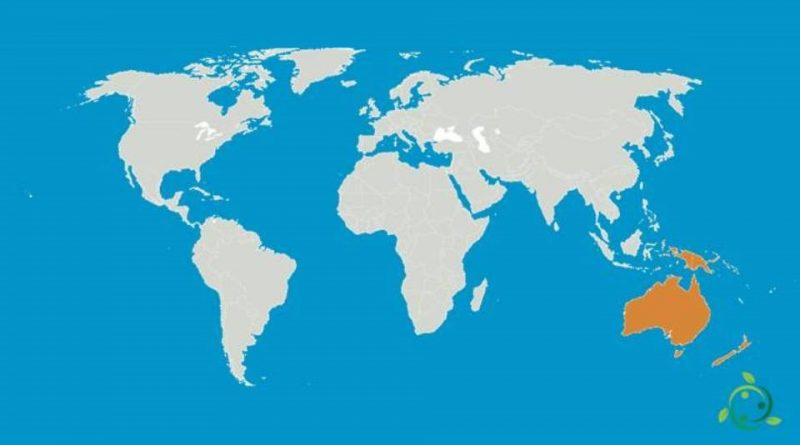 The Australasian Ecozone or Australasia is a geographical area that includes all of Oceania and the easternmost sector of the Indonesian archipelago.
The boundary of this ecozone with the Indo-Malaysian ecozone is marked by the Wallace Line which separates the islands of Bali, Java and the Philippines from Sulawesi and the minor archipelagos of Indonesia.
Largely isolated from the Indian Ocean and the Pacific Ocean, the only apparent point of connection with the other ecozones of the planet is represented by the border with the Indo-Malaysian ecozone. In reality, the Wallace Line constitutes a point of discontinuity that significantly differentiates, from the biological point of view, the Indo-Malaysian eco-zone from the Australasian one.
This geographical area extends over an area of ​​7.6 million km2.
The territories that fall within the Australian eco-zone are:

The term Australasia (from the French Australasie) was coined by the French magistrate, philosopher, linguist and politician, Charles de Brosses, who first used the term in Histoire des navigations aux terres australes (1756).
Due to its geographical isolation, this ecozone has a high concentration of endemics, particularly in Australia and New Zealand, geographically isolated since the Mesozoic.
The Australian Ecozone includes a great variety of biomes, although overall less extensive than the other continents. Among the terrestrial biomes, in this area are represented, from north to south, the seasonal tropical forest, the tropical rainforest, the tropical grassland and, in the coastal areas, the mangrove, the tropical desert, the Mediterranean biome, the temperate rainforest , the temperate deciduous forest. No less important are the marine biomes, in particular the coral reef which, in this ecozone, reaches its maximum extension with the Great Barrier Reef.