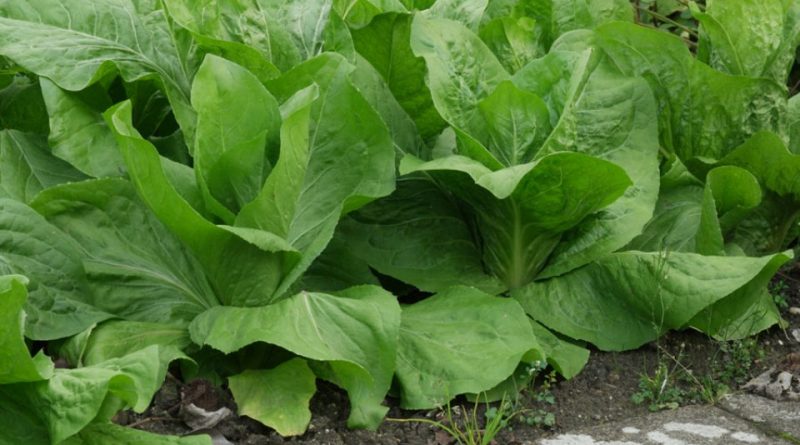 Etymology –
The term Cichorium (in Pliny) or cichoreum is derived from the Greek κιχόρη cichóre or κίχορα cíchora or κιχόριον cichórion (in Theophrastus): chicory. Wikipedia writes: ‘The difficulty in finding the origin of this name lies in the fact that these plants were known from the earliest times of human history. It is mentioned for example in the Ebers Papyrus (about 1550 BC).
The specific epithet intybus is the Latin name of chicory, endive (intĭbus in Virgilio then intubus and intybus, from the Greek ἴντῠβος íntybos (in Aethius and Galen), in turn derived from the Egyptian tybi which meant January, for the local period of plant growth).
The subspecies name foliosum comes from folium leaf: leafy.

Geographic Distribution and Habitat –
This plant can be found everywhere; edges of paths, cultivated fields, uncultivated land, areas with rubble and ruderal environments, grasslands but also man-made areas.
Furthermore, being a cultivated plant it is found in vegetable gardens and industrial crops where it grows best in more organic soils. 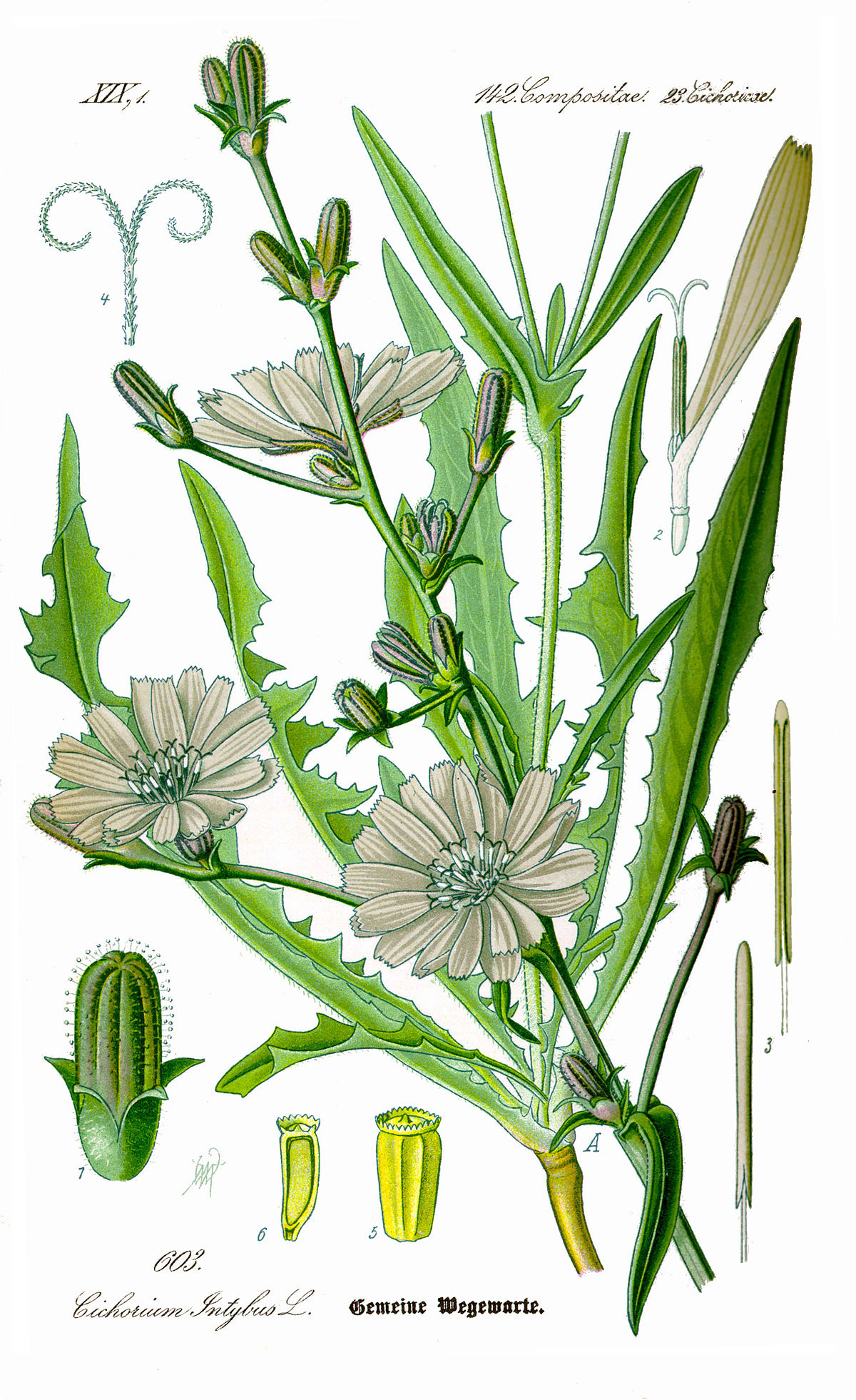 Description –
Leaf chicory, like all the genus, has a scapose hemicryptophyte biological form.
The buried part consists of an enlarged rhizome that ends in a tapered tap root.
The flowers are gathered in groups of 2-3 flower heads, terminal or axillary, carried on a 1-1.5 meter high scape. Each flower head is made up of 20-25 flowers, some of which are ligulated with blue ligules simulating a corolla.
The fruits are obovate-pyramidal achenes (weight of 1,000 seeds equal to 1.1-1.6 grams).

Cultivation –
This variety of chicory has similar needs to other chicory but benefits more from organic soils and with availability of water.
In fact, it is necessary to irrigate regularly, letting the plant dry between one watering and another.
Sowing can be done in the field, in the period from March to July.
The planting period is that of spring or until summer, with a distance between the plants of 10 cm.
However, the time and methods of sowing also vary depending on the type of chicory and the product to be obtained.

Customs and Traditions –
The chicory leaf is extremely rich in nutrients and vitamins. It can be prepared both as a salad and as a vegetable.
In general, these plants stimulate the functions, through purification and detoxification, of the intestine, liver and kidneys thanks to the substances present in the roots which have, among other things, digestive properties. They are also hypoglycemic, laxative (they have purgative properties), colagogic (facilitate the secretion of bile towards the intestine) and cardiotonic (regulate heart rate).
In the kitchen the most frequent use is that of leaves in salads (fresh or cooked). From these plants various cultivars or horticultural varieties have been derived such as the Radicchio Rosso di Treviso, the Catalogna (chicory) or Chicory asparagus, or the “Radicchio di Bruxelles”.
In industry these plants are used as a coffee substitute, beer flavoring, sweetener, but also as a biofuel.

Preparation Method –
Chicory is a vegetable that is widely used in food. The broad-leaved one can be eaten raw, baked in the oven.
The recipes with which this vegetable is prepared are so varied that it would take an encyclopedia to enunciate them.