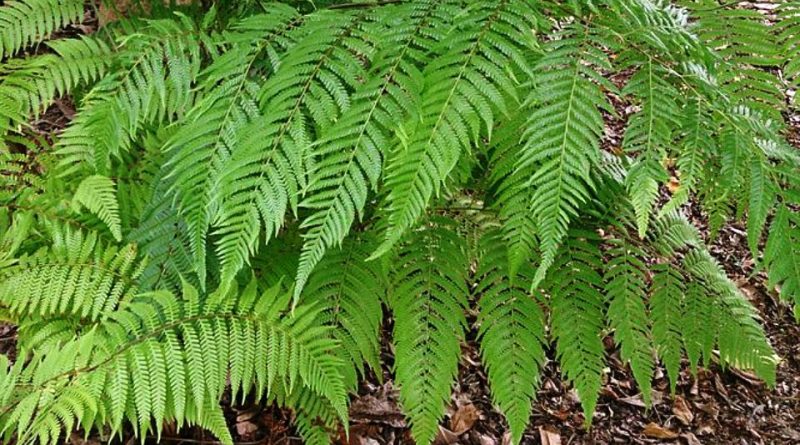 Etymology –
The term Cibotium comes from the Greek κιβώτιον cibótion scatoletta (diminutive of κιβωτός cibotós box, urn), referring to the indusium that covers the spores.
The specific epithet barometz probably comes from the Russian баранец baranéc lamb (derived from баран baran ariete) reminiscent of Agnus scythicus or Planta Tartarica Barometz, a legendary plant whose fruit was a lamb that grazed remaining tied to the plant by an umbilical cord to they both died when the grass ran out. The reference is based on the fact that, after removing the fronds of this fern, the upside-down rhizome would resemble a woolly lamb with legs made up of the severed bases of the petioles.

Geographic Distribution and Habitat –
Cibotium barometz is a species of evergreen tree fern native to some areas of China and the western part of the Malay peninsula.
It grows in eastern Asia, China, southern Japan, north-eastern India, Myanmar, Thailand, Malaysia and Indonesia.
Its habitat is that of hills, gullies and woods, in shady and humid places and on the edge of the forest. 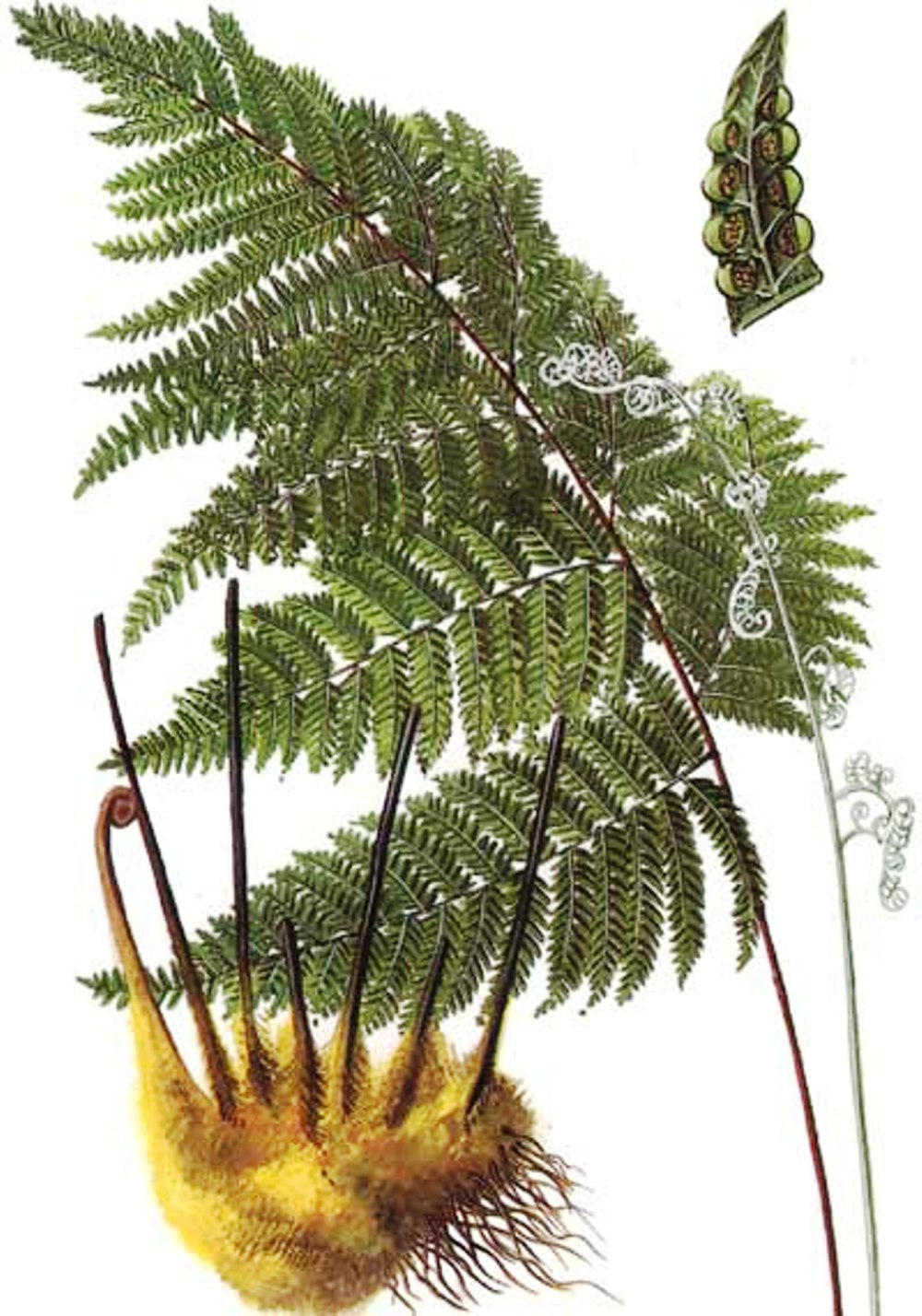 Description –
Cibotium barometz is an evergreen fern with a creeping rhizome, which produces fronds up to 3 meters high.
The plant only grows to a height of 1m when erect, but is often prostrate, forming plant colonies on open forest slopes and in disturbed areas. The sori are marginal on the pinnules.
It has a very thick, woody rhizome covered with long golden yellow hairs.

Cultivation –
This fern is sometimes harvested in the wild for local medicinal use. Other times it is grown as an ornamental plant.
The woolly fern prefers a soil rich in humus in a sheltered and bright position but in the shade of sunlight.
It grows well in light woods. Plants that grow wild are often an indicator of acidic soil conditions.
It also requires areas sheltered from winds, an abundance of humidity for the roots and environmental humidity.
As for the propagation methods, one can start from the spores or from the lateral shoots.
– Spores: should be collected from mature fronds of healthy plants. The ripest fronds are generally the lowest on the plant. The spore containers (sori) on these fronds should appear full and fleshy. The branches of the fronds (auricles) should be removed from the main stem of the frond and dried and placed in paper bags, envelopes or folded newspaper packages. It is necessary to place each piece of frond in its paper container with the spore side facing down. To ensure that the spores dry quickly and do not mold, it is good to place the containers in a single layer in a warm, dry place for 2 to 3 days. Ripe spores will fall off the fronds. The spores can be separated from the remaining debris using a very fine sieve. For the sowing of the spores one must be very careful of the sanitary conditions to prevent both fungal infections and cross-contamination from other fern spores. Any seeding medium must be fully sterilized before sowing the spores. The cleaned spores are spread over the surface of the sterilized mixture and moistened with a fine spray of distilled water. It is good to mix the spores with water and spray them on the planting mixture to have a more even distribution. In addition, a lid must be placed on the mixture to avoid contamination and maintain high humidity. Clean and dry spores can be stored in paper bags or packages. It is recommended to place the bags in an airtight container and put it in the refrigerator.
– Side shoots: the side shoots that form on the main trunks can be used to form new plants.

Customs and Traditions –
The species is a popular medicinal herb in common use.
It was thought to be the mythical Vegetable Lamb of Tartary during the Middle Ages due to the similarity of its woolly rhizomes to a lamb.
However, while we have not found any toxicity reports for this species, a number of ferns contain carcinogens, so some caution is advised.
Many ferns also contain thiaminase, an enzyme that deprives the body of its B vitamin complex. In small amounts, this enzyme will not harm people on an adequate, vitamin B-rich diet, although large amounts can cause serious health problems. The enzyme is destroyed by heat or complete drying, so cooking the plant removes the thiaminase.
There are reports that the plant is edible, but they do not specify which part of the plant can be used.
The rhizomes contain about 30% starch and are anti-inflammatory, anodic and vermifuge. These are used in the treatment of rheumatism, low back pain, sciatica, leukorrhea, dysuria, polyuria in the elderly, etc.
The root is used as a tonic in China, where it is said to exert a special action on the genitourinary organs.
The yellow hairs on the rhizomes contain tannins and are astringent; they are used in compresses on wounds to stop bleeding.
The long silky and yellowish hairs at the base of the fronds cause rapid blood clotting and, if properly used, are useful for stopping capillary hemorrhages.
Ecologically speaking Although widely distributed, the plant has been widely harvested in Southeast Asia, causing the population size and number of individuals to decline.

Preparation Method –
Cibotium barometz rhizomes are harvested at the end of the growing season, the smaller roots and yellow hairs are removed, then the rhizome is sliced ​​and dried for later use.