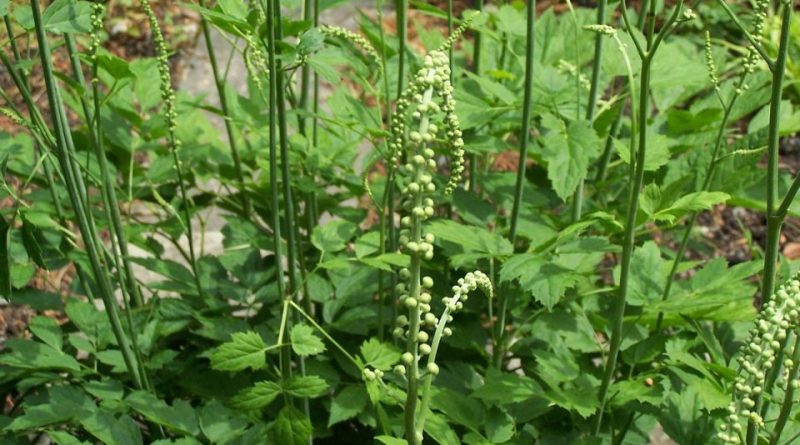 Etymology –
The term Actaea comes from the Greek ἀκτέα actéa, name of the elder in Hippocrates and Theophrastus.
The specific racemose epithet comes from racémus cluster, stalk: for the flowers and fruits arranged in a raceme.

Geographic Distribution and Habitat –
Black Cohosh is a very widespread and spontaneous plant in the United States of America, especially in the north and Canada.
Its habitat is mainly that of shady areas in the woods and scrub, on humid and humus-rich soils. 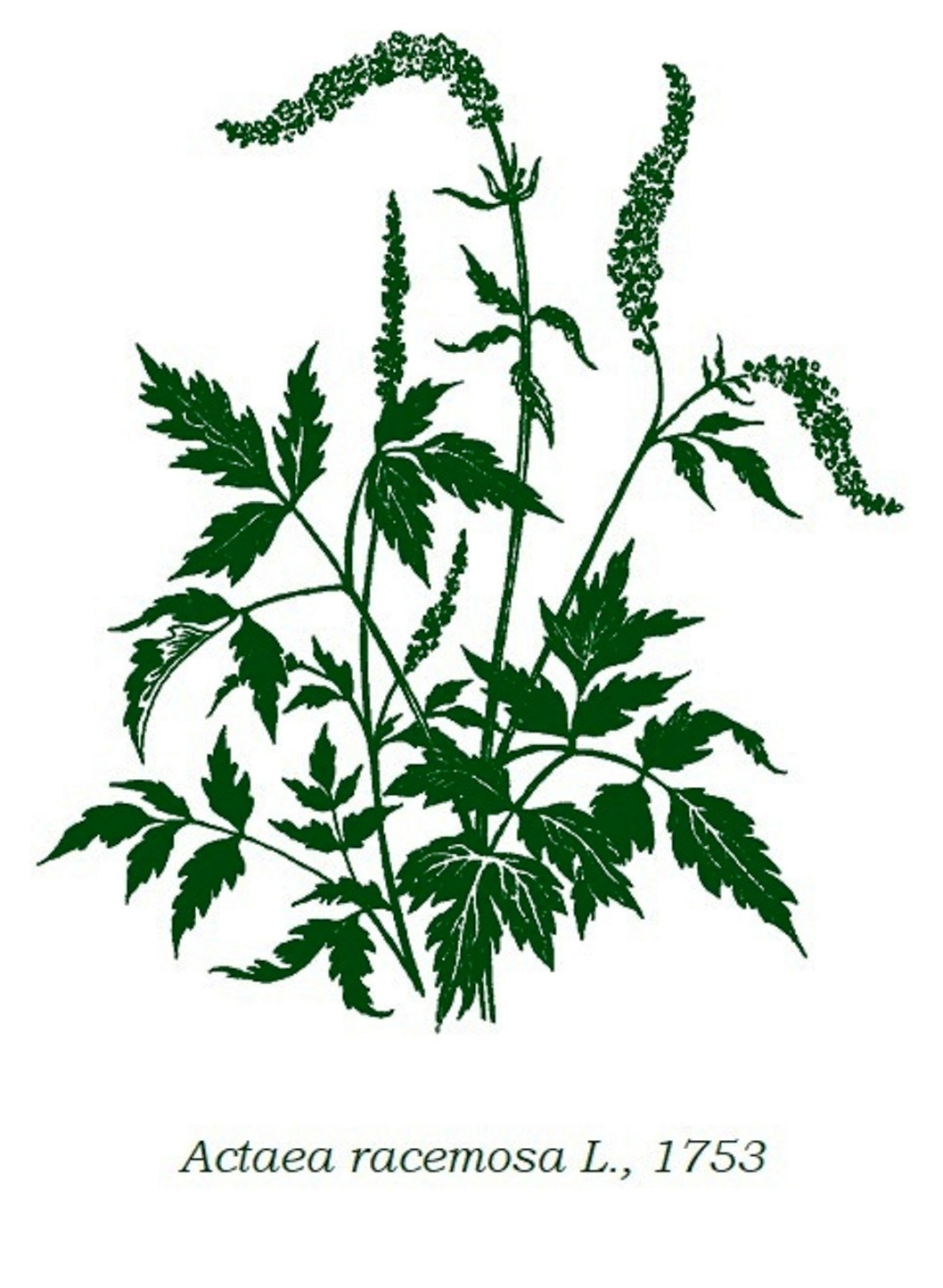 Description –
Black Cohosh is a perennial herbaceous plant that can reach 3 m in height when fully grown.
The leaves are green in color and have a jagged edge.
The inflorescences are white and collected in racemes.

Cultivation –
Actaea racemosa is a spontaneous plant that grows in the shady areas of woods or scrub, in humus-rich soils.

Customs and Traditions –
The name Cimicifuga, coined by Linnaeus, alluded to the presumed insect repellent activity attributed to this plant due to the unpleasant odor it emanates. To date, however, the supposed insect repellent properties have not found any confirmation.
In the past, the rhizome of the plant was used by the American Indians against the bites of rattlesnakes and for menstrual and menopause disorders. The root was also chewed as a sedative and antidepressant. In addition, to prevent the entry of evil spirits, an infusion was prepared and poured into homes. Today in herbal medicine the plant is still used as a diuretic, for suffocating coughs and rheumatic pains.
In addition, Actaea Racemosa is a homeopathic remedy obtained from the mother tincture of Actaea Racemosa.
Actaea Racemosa is a typically female homeopathic remedy, the effects of which are visible not immediately, but after a certain period of treatment.
Used in high doses it is a poison that affects the nervous system and stimulates the muscles causing cramps and contractions, electric shocks, aching and numbness in the limbs. Its use helps to improve hormonal balance, has antirheumatic properties, deadens coughs, is sedative and regulates the menstrual cycle. It helps in cases of osteoporosis as it favors the permanence of calcium in the bones.
It is used in the following main cases:
– Osteoporosis;
– menopause and irregular or painful menstrual cycles;
– toothache in children;
– headache, caused by the menstrual cycle, or ocular headaches;
– ear pain and discomfort;
– nervous cough;
– stiff neck, sciatica, lumbago, rheumatic pain, in the nape or back;
– cramps in the muscles of the leg or calf.

Preparation Method –
The drug used in this plant is the rhizome. In addition, the American Indians chewed the root as a sedative and antidepressant.