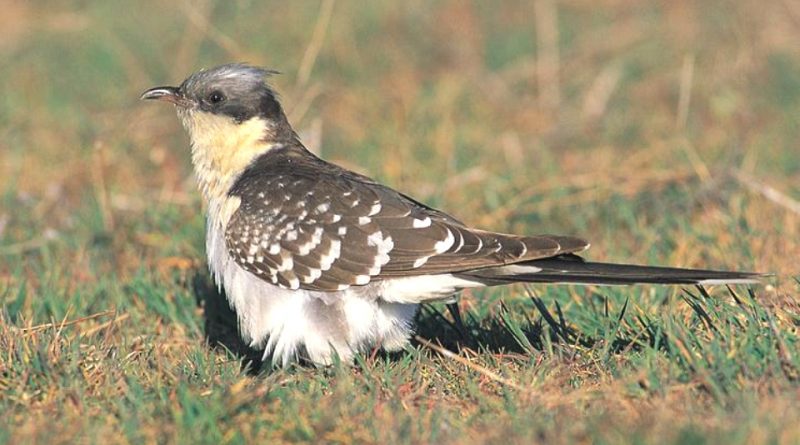 The great spotted cuckoo (Clamator glandarius Linnaeus, 1758) is a bird belonging to the Cuculidae family.

Systematics –
From the systematic point of view it belongs to the Eukaryota Domain, Animalia Kingdom, Phylum Chordata, Subphylum Vertebrata, Aves Class, Cuculiformes Order, Cuculidae Family and therefore to the Clamator Genus and to the C. glandarius Species.

Geographic Distribution and Habitat –
Clamator glandarius lives in a range that includes Europe, the Middle East, and Africa.
It is present, even if with rare nesting in wooded areas, also in Italy.
Its habitat is represented by arid and steppe environments, with preferences for the Mediterranean scrub. 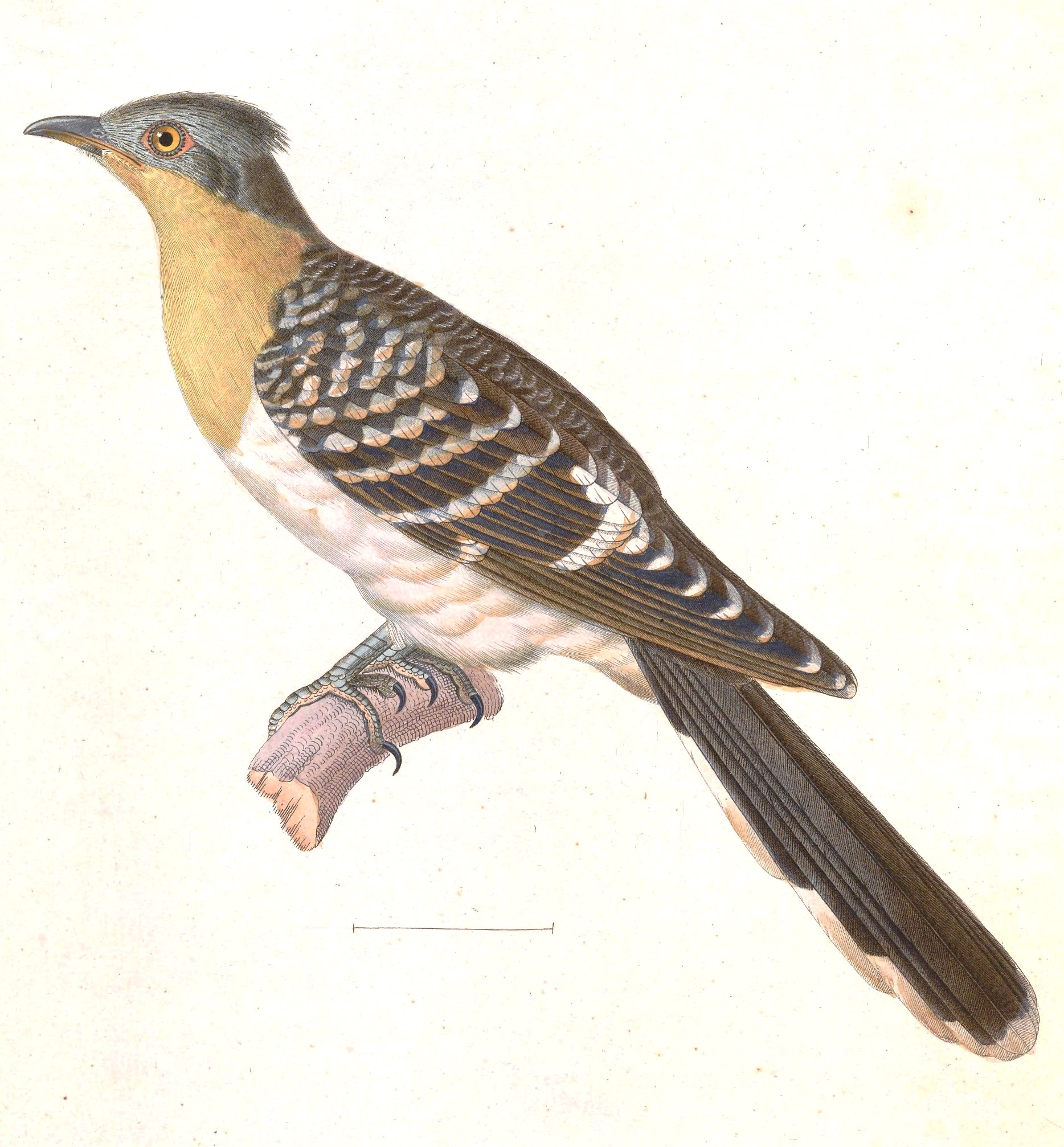 Description –
The great spotted cuckoo has a length of 38-40 cm, with a wingspan of 59-62 cm. the species does not show sexual dimorphism and the adults are recognized for having all the gray upper parts with the wings of a lighter gray. All these parts are heavily mottled with white.
The nape has a very dark gray tone and the light gray vertex with a small tuft above the nape.
The throat, the sides of the neck and the upper part of the chest are light yellow which fade to whitish towards the lower chest, abdomen and belly.
The beak and legs take on dark gray and blackish colors.
Juveniles are recognized for having dark gray upper parts with heavy whitish mottling. Even the upper wings have the same color in the central part while the remiges are tawny orange.
The vertex (with a slightly hinted tuft) and the area around the eyes and ears are also dark gray. Also around the eye there is a red eyelid rim. The remaining lower parts are quite similar to adults. The paws are gray.
The call of this bird is a strong cher-cher-kri-kri and with several variations.

Biology –
The great spotted cuckoo, like most of the Cuculidae family, is a hatching parasite as it lays its eggs in the nests of other birds. This species has specialized, in particular, in the nests of corvids, and specifically of magpies.
The technique of this bird is particular; being smaller in size than the guests, they risk being seriously injured if discovered. Thus the male distracts the host by taking him away from the nest and the female can quickly lay her egg among the other host’s eggs.
For this reason, the Clamator glandarius is attacked on sight by magpies who recognize it as a threat to their brood.
The phenomenon is indicated by the name of mobbing and also occurs in other species, in particular towards birds of prey and nocturnal birds of prey and by birds that make up their “menu”.

Ecological Role –
The great spotted cuckoo is monotypic in that it has no subspecies. It is also a terrestrial species that frequents clearings, open and bushy areas with some isolated trees.
It feeds on insects, spiders, small reptiles, and hairy caterpillars, which are in the bad taste of many birds.
The Italian population is very low and could therefore be classified as Critically Endangered (CR) due to its small size. However, in Europe the species is in a safe state of conservation (BirdLife International 2004) and in Italy a possible population increase is hypothesized (Brichetti & Fracasso 2006). For these reasons, in the final evaluation the species was downgraded to Endangered (EN).
In Italy it is a summer nesting migrant in Tuscany, Lazio and Sardinia. Occasional in Puglia and Sicily.
The main threats to this species are represented by illegal killings and use of pesticides.