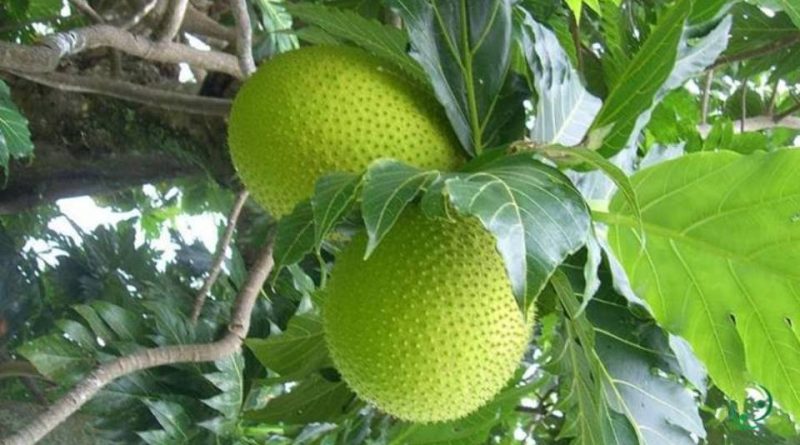 How the bread tree spreads

Breadfruit (Artocarpus altilis (Parkinson ex F.A.Zorn) Fosberg) is an arboreal species of the Moraceae family typical of Southeast Asia and many islands of the Pacific Ocean.
The name of this plant derives from the Greek artos (bread) and karpos (fruit), and derives from the taste of the fruits which, when cooked, have a taste similar to freshly baked bread. The fruits are in fact edible and are eaten fried, baked or dried. These contain 20% starch and 1-2% albumin.
Furthermore, textile fibers are obtained from the inner bark of the breadfruit; with wood, soft and light, furniture and small boats are built, while waterproofing preparations are obtained from the sap.
Playback –
The plant reproduces in nature by seed and begins to bear fruit after the third or fourth year from the final planting.
To reproduce this plant, therefore, you need to be in an area with a warm temperate climate and start from seedbeds in which to germinate the individual plants, possibly in greenhouses where the climatic conditions of the places of origin are recreated.

Once the young seedlings have been obtained, they must be planted in spring, in holes that are deep and twice as wide as the bread of earth that surrounds the root system.
Given the considerable development of this tree, it is advisable to space each plant by at least 10 meters (therefore a sixth of 10 x 10) to ensure that the foliage of the plants receives sunshine at all hours of the day.
In fact, this plant requires a lot of sun and even partial shading could compromise the health of the trees and a poor production of fruits that fall early on the ground.
Since we proceed by seed, the bread tree begins to produce fruit after the third year of life and the production is abundant for several decades as the plant is very long-lived and productive.
These are very productive plants; a single Artocarpus altilis plant in the stationary production phase can produce up to 500 kg of fruit per year which corresponds to about 200 fruits, and more, per plant. the fruits are harvested manually and in a gradual manner when they reach the size of a large grapefruit.
For its cultivation, the bread tree does not require special attention or even special pruning.
In general, we tend to eliminate only the branches that are too long and those that have produced fruit while the dry ones are cut cleanly. Old branches can also be removed by twisting.